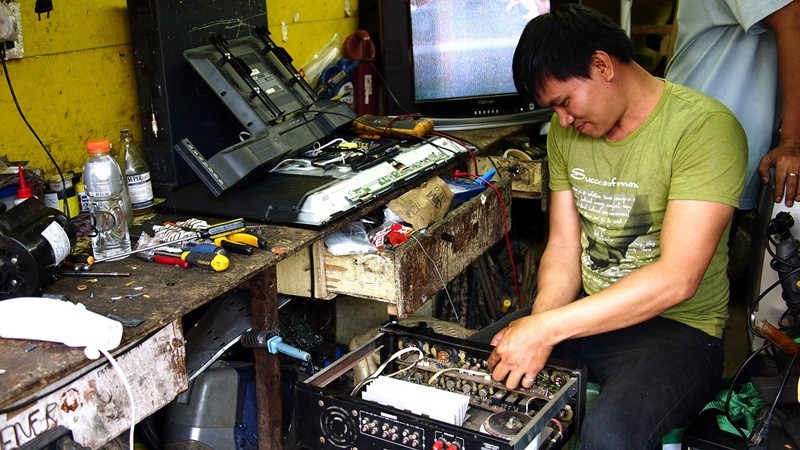 Jakarta, 26 November 2019: Analysis at micro-level, such as firms’ and workers’ behaviour and adjustments within individual member states could improve understanding about the dynamics of ASEAN integration, as discussed by ERIA Economist Dr Doan Thi Than Ha during the launch of the latest ASEAN integration report.

The ASEAN Secretariat launched its flagship ASEAN Integration Report (AIR) 2019 in Jakarta on 26 November 2019. The AIR highlights ASEAN’s numerous measures for economic integration, primarily through the ASEAN Economic Community (AEC). To realise AEC, various initiatives have been introduced, including the ASEAN Single Window, the ASEAN Trade in Goods Agreement (ATIGA), and the ASEAN Solutions for Investment, Services, and Trade (ASSIST), among others.

Dr Ha, one of the discussants during the report launch, said the lack of knowledge in each member country’s micro-level aspects might explain the limited in-depth understanding about the progress and impact of ASEAN integration.

‘[…] The stagnant regional trade share could be because of the slow progress in trade facilitation. But, on the other hand, trade is determined by other factors such as production structure, consumers’ taste, comparative advantage et cetera,’ Dr Ha said. ‘For example, if ASEAN’s goods are substitutes rather than complements, without product innovation, there will be less room for enhancing intra-trade.’

AIR data shows that intra-ASEAN trade in goods and services had stayed relatively stable between 2010 and 2018, even though the AEC had been in effect since 2015. Trade in goods fell slightly to 23% in 2018 from 25.1% in 2010, while trade in services fell to 15.7% from 18.4% in the same period. However, an ERIA’s study on utilisation of regional trade agreements has indeed shown increasing trend in some countries.

In addition to the importance of more disaggregated analysis, Dr Ha also emphasised GVC participation and upgrading as one key aspect of ASEAN integration. Stakeholders should look at ASEAN SMEs access to financing as well as their product innovations and human resource development. Improvements in these aspects would ensure each country’s inclusion in the ASEAN and global value chain, said Dr Ha.

Further, political support from each Member State was also necessary. By acknowledging that opening up to one another would actually improve their own competitiveness, the AMS would be able to bring further the integration beyond their diverse economic and political interests.