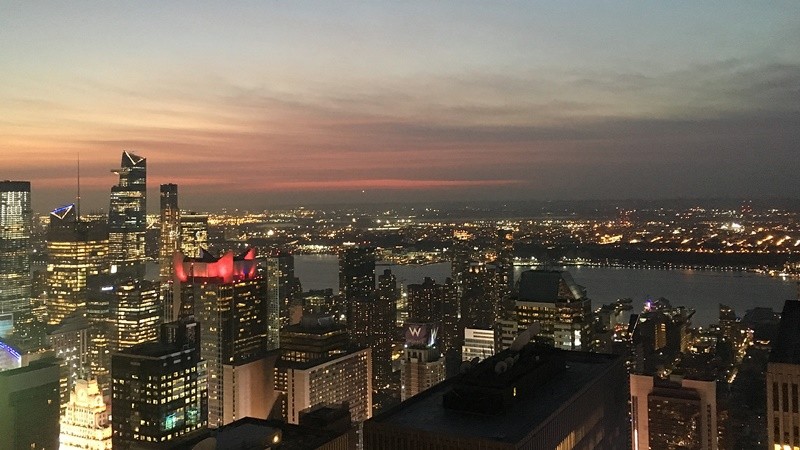 By Mr Kavi Chongkittavorn, Senior Communications Advisor: Despite the ongoing electoral lawsuits brought about by incumbent US President Donald Trump, it is only a matter of time until President-elect Joseph Biden is officially declared as the 46th President of the United States. During the US's three-month presidential transitional period, Southeast Asia and the rest of the world have to prepare the strategic ground for a new engagement with the incoming administration.

As former President Barack Obama aptly put it, Mr Biden is facing a series of extraordinary challenges incoming presidents have to face. As such, coupled with the remnants of Trumpism, it could take years for Mr Biden to 'unite and heal' America and place the country back on the global template.

The international order, which the US helped to create some seven decades ago in the past four years was severely damaged by Mr Trump, and will never be the same again. Mr Trump's policies and actions have already yielded far-reaching unintended consequences for America and the outside world. Stronger political will is needed.

Therefore, the US bears a direct responsibility to make sure any rejuvenated international order must be beneficial to all countries in the world, excluding none. The 'America First'policy was a dead spell from the very beginning. An America that commands international respect and serves as a model for wielding 'power of example' is far better than Mr Trump's myopic vision.

Mr Obama did not elaborate on the extraordinary challenges Mr Biden's triumph will encounter. Watching from Southeast Asia, one can point out some key challenges awaiting Mr Biden and his team. Domestically, Mr Biden must zero in on three pivotal issues. His first top priority is to urgently heal the polarised nation in all dimensions including race, religion, criminal justice and income inequality, which have torn apart American society over the past four years.

Over the past weeks, even though he was defeated, Mr Trump continued to stroke right-wing nationalism and undermine his country's democracy by alleging the election would be rigged.

But Mr Biden was very measured. At his first acceptance speech on Saturday, he asked his fellow Americans to end now 'the grim era of demonisation in America'. He also asked them to be calm and patient and let the process work out. That was the display of a genuine leader of an America that is patient and willing to listen without any prejudgements or premature action.

The second pressing issue involves finding ways and means to improve the state of the troubled economy and contain the spread of deadly coronavirus. These two developments are intrinsically linked with one another. Mr Biden needs to find a new balance between public health safety and economic growth. Today about 20 million Americans are unemployed and there were more than 240,000 deaths with nearly 50 million reported cases as of last weekend.

Mr Trump made a big mistake allowing the economy to take precedence over human lives. He crossed the line when reports about the possible dismissal of Dr Antony Fauci, chief of the Centers for Disease Control, came to light, showing Mr Trump had no regard for experts and their scientific evidence. It should be noted that Dr Fauci, who received the Mahidol Prize in 2013, has long recognised Thailand's efficient health security.

Thirdly, with a more stable economy and the pandemic at a more manageable level, the Biden administration can look outward and restore the US leadership on the global stage. It is a tall order. Without a stronger economy and moral leadership, Washington's foreign policy initiatives will not be respected. Judging from his first speech, US re-engagement in multilateral forums such as the Paris Climate Change Accord, World Health Organization, and perhaps the newly negotiated Comprehensive and Progressive Transpacific Partnership, among others, may top his first to-do list.

Unlike the Trump administration, Mr Biden is likely to uphold basic democratic principles and strengthen ties with allies and friends so that they can be mobilised to work together as 'networks of friends' or 'coalitions of the willing'. In a major speech on July 11, 2019, at New York University, he reiterated that his first year in office, he would organise a global Summit for Democracy 'to renew the spirit and shared purposed of the nations of the Free World'. Washington can bring together the world's democracies to strengthen democratic systems and forge common agendas.

It remains to be seen how the Biden administration will pursue this objective. A myriad of sensitive issues linked with Western 'liberal norms and values', such as human rights and democracy in developing countries, especially in the Indo-Pacific region, provide both opportunities for and barriers to US engagement. Such an approach could either advance Washington's position or hold it back, depending on the issues and countries involved. There is no 'one size fits all' formula, especially in the time of an epidemic.

In the post-COVID-19 world, as is well-known that developing countries' successful mitigation of coronavirus has hinged on stringent measures, some of them have been condemned by the West as camouflaged efforts by authoritarian governments to suppress freedom and democracy. A well-thought-out and balanced policy and approach are pivotal to further promote the US role worldwide.

As far as the US-China tension, the Biden administration must act to rebuild a working relationship with the superpower. In his acceptance speech, he highlighted the concept of 'cooperation' with the divided Congress. With his longstanding diplomatic experience, Mr Biden's code of conduct will be a boost to US dealings with China. Healthy competition and cooperation, as well as dumping 'the grim era of demonisation' with China will immediately restore confidence and stability in the international community. Cooperation between superpowers is indispensable as it underpins the proper functioning of international systems.

With Mr Biden in charge, the US attitude towards North Korea will return to 'strategic patience' and working closely with South Korea, Japan and China to bring pressure to bear on Pyongyang. Asean will have a positive role to play as a facilitator between the two nemeses. Collective pressure including sanctions imposed by UN resolution is essential to denuclearise North Korea and keep its nuclear ambitions in check.

Future US-India relations would be key to helping to boost the US' profile in the Indo-Pacific. With Kamala Harris as Vice President-elect, the American vision for and knowledge of this part of the world will no longer be mediocre. A stronger and more resilient India, as envisaged by Mr Biden, can be a powerful force in promoting democracy around the world.

The new administration will certainly ramp up its support of ASEAN. After four years of absence, Washington will quickly appoint a new American ambassador to the Jakarta-based ASEAN Secretariat, a position vacated in 2017, to catch up with other dialogue partners. Lest we forget, the US was the first country to set up an ASEAN mission in June 2010.

Truth be told, Asean-US ties have not been much affected except for the lack of rapport at the summit level. With Mr Biden, the US will continue to build on and strengthen existing programmes that have proved useful to Asean especially activities related to youth and capacity-building in the private sector. The US will continue to participate and actively implement programmes agreed under Asean-led mechanisms, especially those involving disaster management, humanitarian aid and maritime security, among others.

Under Mr Biden, renewed US efforts for Mekong development under Mr Trump will continue with new branding known as the ASEAN-US Mekong Partnership -- an upgraded version of the Lower Mekong Initiatives set up by the Obama administration in 2010. The new US administration will definitely challenge China's ongoing development programmes with the Mekong's riparian countries under the Lanchang-Mekong Cooperation framework.

As for Southeast Asia, Mr Biden will need a new and more persuasive "American Narrative" that resonates with a more confident and dynamic region. Remember, ASEAN is not only an important strategic partner of the US but also China, the EU, Japan, South Korea, Russia, Australia, India and New Zealand.