Lessons from the American Insurrection 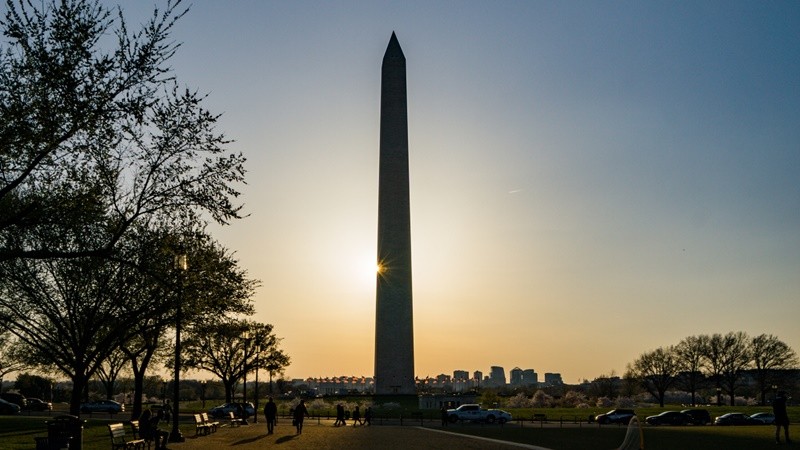 By Mr Kavi Chongkittavorn, Senior Communications Advisor: The carnage on Capitol Hill last Wednesday provides numerous valuable lessons for both mature and emerging democracies around the world. The US perceives itself to be a beacon of global democracy worthy of emulation. Now that a mob of pro-Trump loyalists have marched on and temporarily seized the Capitol, the American democracy that we all know can never be the same again. The country that wants to lead by example, as President-elect Joe Biden often says, has now become its own worst enemy by setting such a bad one.

Mr Biden labelled the attack as 'one of the darkest days in the history of our nation', while media outlets called it 'domestic terrorism'. Outside the US, it showed how fragile the nature of democratic governance is. Most importantly, it has eroded the country's moral authority in promoting democracy abroad. Worse still, it puts the US double standards firmly in the front row because similar actions occurring elsewhere would be condemned and reprimanded. Like it or not, this assault at the heart of democracy will have long-term repercussions beyond the US. It remains to be seen if the Biden administration will rethink its domestic and foreign policy pathways. He reiterated over the weekend that he would zero in on the pandemic, vaccine rollout and economic growth.

Several lessons can be drawn from the insurrection as they provide insights into the strengths and weaknesses of American diplomacy. First of all, that quality of leadership matters. Democracy allows voters to choose their leaders but there is no guarantee that elected persons would be decent and righteous in performing their duties. The lame-duck President Donald Trump is a good case study. Nobody expected that the reality-TV show host and New York tycoon would win the presidential election four years ago. Once he won, he mapped out his long-term strategy to occupy the White House for as long as possible. That meant he needed to win a second term. Since then he has been cranking out hate speech heavily laced with racism, and limitless conspiracy theories about the electoral process and media. No other world leader besides Mr Trump has been such an effective liar and disinformation spinner.

In other countries, such leaders would be purged by whatever means available, including coups. After the catastrophe at the Capitol, questions are being asked as to what Mr Trump has planned for his remaining days until the Jan 20 presidential inauguration. For Americans and the world, every minute counts under Mr Trump's presidency because nobody can predict what he plans to do next. That is the most precarious facet of his leadership.

Second, Mr Trump's enablers inside and outside the Congress have bolstered his behaviour and actions. They are big politicians with big names. Indeed, American politicians are uniquely powerful. One person's conviction or ideology can turn into powerful legislation that impacts the rest of the world. The polarisation between the two dominant parties, Republican and Democrat, also makes them more dangerous. with each camp willing to destroy the other just to display loyalty, oftentimes on a personal level. Some Republican lawmakers opting to sign up for the objection to the electoral votes is a case in point. At the state level, politicians also pandered to Mr Trump's wishes because they wanted to appeal to his support base. Overall, the members of the Congress have not delivered on their duty to protect Americans' well-being and safety. The government's handling of the Covid-19 pandemic and its impacts on the American workforce are yet more proof.

Outside the lawmaker's circuit, the insurrection was caused by Mr Trump's long standing encouragement of his right-wing supporters. It was amazing how the US president himself incited them in front of the White House to storm the Capitol. It was an attempted coup by other means. Again, similar protests in developing countries would quickly attract criticism and sanctions.

Third, the role of law enforcement agencies and officials in handling the protesters. The security breach showed that the police failed to do their job in securing the perimeter and preventing the demonstrators, some of them armed with machine guns and spears, from entering. In comparison, the police actions in responding to the protests led by the Black Lives Matter movement last summer in Washington DC and elsewhere were a lot harsher. Five people, including one police officer, died in the mayhem. Obviously the Capitol's police response to the protesters' attacks was too little and too late.

Fourth, the divided American media further fuel the fire of discontentment. Media freedom and free speech in the US are supposed to be the world's best. As it turns out, the American information ecosystem has generated more false information and disseminated less truth. Worse of all, the main propagandist is the most powerful person in the world, Mr Trump himself. Mr Trump's supporters receive daily doses of fake news and misinformation through Fox News, QAnon, NewsMax, and Breitbart. It is unbelievable that the right-wing media networks have been able to brainwash a large group of the population into believing notions of electoral fraud and other conspiracies. With such a divided media community and high level of mistrust between media and the masses in America, it is uncertain what the consequences will be for the country's future and its global role.

Finally, it comes down to the mega-power of social media. For the rest of the world, social media has been praised and considered an essential tool for promoting democracy and open societies in authoritarian countries. Activists have used social media platforms to promote their causes, leading to unpredictable outcomes. Nobody ever questioned or wondered whether social media would yield one of the most devastating impacts inside their own country, where the hi-tech companies are based, allowing for the incitement violence by the president himself.

After some recalcitrance, both Facebook and Twitter now have removed Mr Trump's account from their platforms. Twitter decided to permanently ban the president from its service, citing the risk of further incitement of violence. During his four-year tenure, Mr Trump has used his Twitter following of 80 million people to promote fake news and untrue information. It is about time that these hi-tech companies did some soul-searching about what responsibility they should take. Otherwise, there could well be more chaos in the US and the world. The international community must make sure that these hi-tech companies and their platforms are held accountable for their actions because lives have been lost and other unexpected consequences suffered.

These lessons are not unique to America, they are challenges facing all countries with a democratic process. It is to be hoped that after the insurrection at the Capitol, American policymakers become more humble with a better understanding, if not appreciation, of similar efforts at governance by other countries. It will take some time before the 'real America' under President Biden can replace Mr Trump's 'alternative America'.