Learning from the Japanese Experience - Creating an Industrial Push in Myanmar 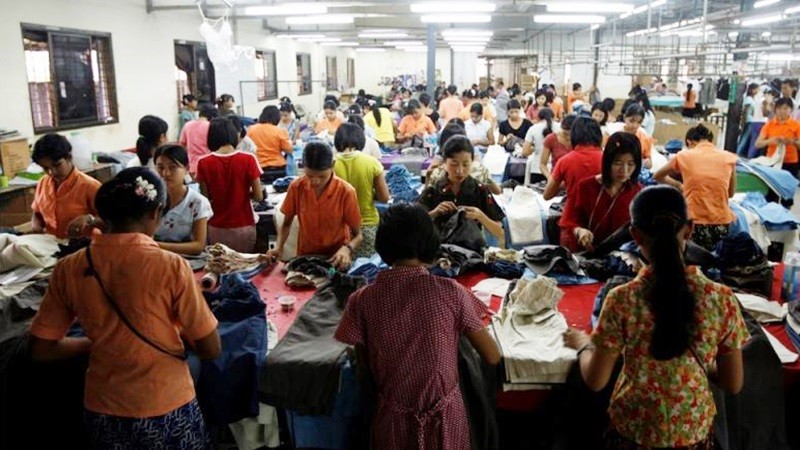 The financial sector is a critical driver for a country’s reform efforts, and lays the groundwork for the future development and growth of an economy. Financial institutions can channel capital into productive investment projects, and encourage the mobilisation of savings by providing attractive instruments and saving vehicles. However, Myanmar’s weak financial sector has limited the country’s industrialisation process.

In Myanmar, the country’s political reforms and economic opening to trade and investment over the last couple of years have set the stage for growth. Based on the World Bank’s current growth projections, Myanmar will be the fastest growing economy within ASEAN. Although there have been rising concerns with regards to the new government’s pace of economic reforms, Myanmar’s overall growth outlook is positive, with resilient economic growth expected to rise to 7.8 per cent in 2017 from 7 per cent in 2016.

A recent report published by the Economic Research Institute for ASEAN and East Asia (ERIA) however suggests that Myanmar’s financial institutions have not sufficiently created a strong industrial push and are unable to complement the country’s current growth projections. To undergo successful industrialisation, weak internal mechanisms need to be improved; corporate governance has to be strengthened, while accounting standards and auditing practices need to match international standards

This poses a challenge to Myanmar’s economic outlook. Under the military rule for the past half century, Myanmar has closed itself off to the international community. In this time, while international institutions have advanced Myanmar’s institutions have been left behind. As Myanmar begins to open up both politically and economically, it presents an opportunity for developed countries such as Japan and multi-national corporations (MNCs) alike to assist Myanmar in kick starting its industrialisation process, enabling the country to leapfrog.

For example, in 2012, the Japanese government wrote off about US$3.7 billion in yen-dominated loans. In 2014, three Japanese mega banks (Mitsubishi UFJ Financial Group (MUFG), Sumitomo Mitsui Banking Corporation, Mizuho Financial Group) were also granted licenses to operate in Myanmar. These foreign banks are expected to stem the credit and liquidity gap that Myanmar’s domestic banks do not have the capacity to fill, and also to facilitate greater cross border trade between Myanmar and the region. This can serve as a conduit that will connect Myanmar to the global economy. The banks also provide valuable transfer of skills and technical know-how to local Myanmar staffs, strengthening their capacity and improving standards.

The Japan-backed Thilawa Special Economic Zone (SEZ) is another positive example in which the presence of Japanese mega banks has played a role in kick-starting the industrialisation process in Myanmar. Japanese MNCs are able to leverage on the inflow of capital provided by these banks, and access the full suite of financial services required to operate smoothly in the SEZ. In the long run, when a robust financial infrastructure is established, it can serve as the bedrock for Myanmar’s larger economy to flourish.

Myanmar’s development is happening at a time of uncertain and unpredictable global outlook. Within the region, the country’s industrialisation process also sits against the backdrop where countries such as Indonesia and Vietnam are shifting their economic engines away from commodities towards manufacturing and industrialisation. The competition to attract quality foreign investments aimed at industrialisation is growing. In order for Myanmar to stay ahead of the competition, the government needs to reform its domestic economy by creating transparent and well-regulated financial institutions.