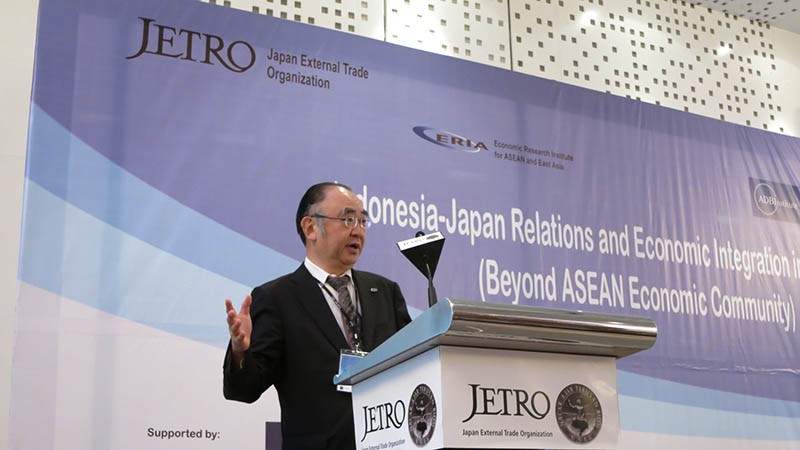 The Symposium was supported by Asian Development Bank Institute (ADBI), Ministry of Trade of the Republic of Indonesia, and ERIA.The participants mostly from Government, business world, and Japanese companies in Indonesia were there.The objective of the Symposium was to explore the possibility of strengthening the cooperation between Japan and Indonesia aiming for mutual interest in the era of globalization beyond the ASEAN Economic Community (AEC).

Each session concluded with a question and answer session. A lively discussion was conducted. The participants reaffirmed the importance of regional cooperation within Asia and with the rest of the world after the establishment of the AEC and explored the direction for the development of economic relations between Japan and Indonesia.