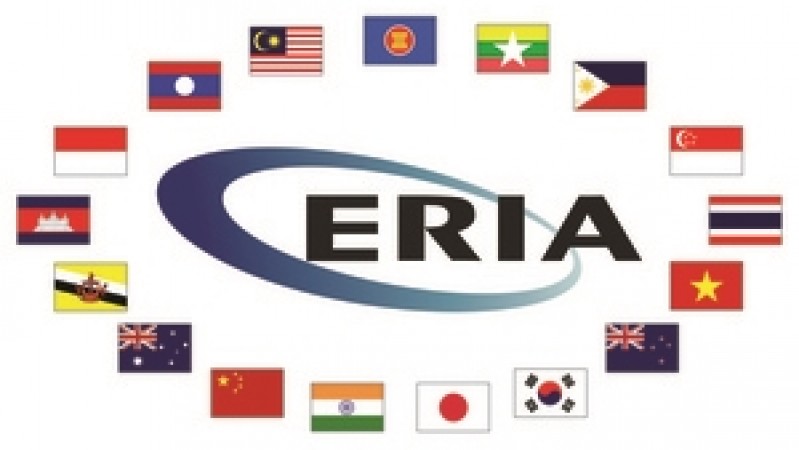 The Economic Research Institute for ASEAN and East Asia (ERIA) invites submission of research proposals for the ERIA Microdata Research Project for Fiscal Year 2016. This project is under the ambit of one of the three research pillars of ERIA, namely: Deepening Economic Integration.

The theme of this fiscal year's research project is Globalization, Interfirm Linkages, and Spillovers. This project comprises country studies by authors mainly from ERIA member states.

Research proposals should be submitted by email to Dionisius Narjoko ([email protected]) not later than 14 August 2016. Early submission is encouraged.

The authors will be notified of the decision about the proposal selection process not later than 29 August 2016.

ERIA provides financial support of USD 9,000 per paper for the selected proposals. In addition, ERIA covers the travel costs of one author per paper for attending the workshops of the project.

Theme of the Research

Large theoretical and empirical literature on firms and trade in the past decades has indeed deepened our knowledge on key issues of international trade: how firms become globally engaged and how globalization affects firms and the aggregate economy. However, there are at least two features of the real world that are likely to be important for better understanding these issues but have not been the center of attention of the mainstream academic literature. These are interfirm linkages within as well as across countries, over and above the standard product market competition and factor market demand linkage, and knowledge or information spillovers.

To give some examples, first, firms may have transaction relationship or buyer-seller relationship with each other. This transaction relationship often exists in a broader context of global value chain (GVC). Second, there are ownership linkages among firms. The ownership linkage takes the form of a parent-subsidiary relationship in its simplest form but, in some cases, it takes a more complex form, such as a group of affiliated firms. Third, there are geographical linkages among firms. In the presence of external economies of scale, the location of firms in an industry tend to be geographically concentrated, which may facilitate the interactions of firms and humans across space. Last but not least, we cannot exclude the possibility that there are other types of linkages among firms--among foreign and domestic firms, globally-engaged firms and domestically-oriented firms, large firms and small firms, young firms and old firms, for example- which rely on formal or informal personal/business networks and interactions, worker/manager mobility, etc. These various interfirm linkages are likely to be important for understanding how firms become globally engaged and how globalization affects firms and the aggregate economy.

Against this background, this project aims at addressing the following key questions. What linkages exist among firms? How are they determined and how do they evolve over time? What roles do they play in firms' decision to become globally-engaged? Do they matter for understanding the effects of globalization on firms and the economy and how?

The authors are expected to raise their own specific questions closely related to the key questions of this project in the context of a, or their own, country. Authors must employ micro data (i.e., firm-, plant-, or product-level datasets) and conduct a publication-quality empirical study complemented with descriptive analyses.

Deadline for the submission of proposals: 14 August 2016

Notification of the selected proposals: 29 August 2016

First workshop: 9-10 December 2016 - to discuss the first draft of the report. The discussions focus on results of the studies.

Deadline for the submission of final report: Mid March 2017

Submission of the project's report to ERIA: 31 March 2017

Members of the project are expected to attend the two workshops scheduled above.

The research should be an original one. The final report will be included in an edited project report which will be submitted to ERIA. Some of the completed research papers may be posted as working papers for the ERIA Discussion Paper series.