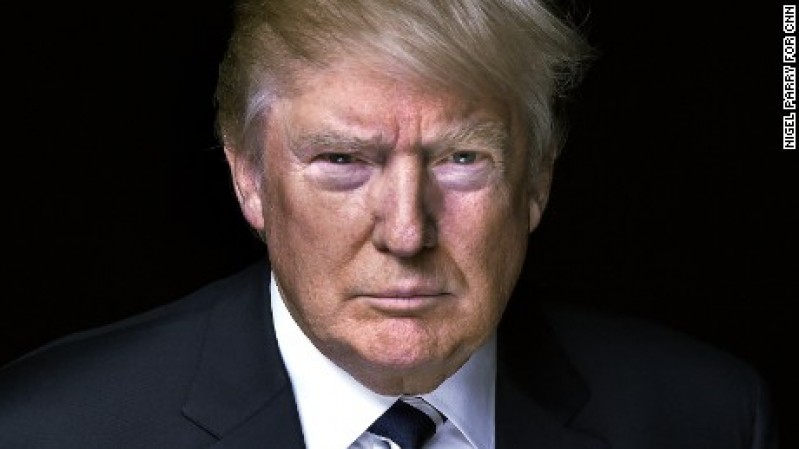 There are many questions about United States president-elect Donald Trump's economic policy and how it will affect the Indonesian economy.

Although there has been speculation about what the Trump administration will actually implement compared to what he promised during his campaign, two things will take place and have consequences on the Indonesian economy.

First is the 'American-First' policy on Indonesia's trade. The Trump administration aims to create jobs via a fiscal stimulus through an expansion in infrastructure projects ranging from the development of roads, reconstruction of airports, housing complexes, water supply and energy.

At the same time, it will cut income and business taxes. What does this mean? He will find other sources of government revenue to finance his infrastructure projects, most likely by increasing the coverage of tax revenue as it will rely more on domestic products, implementing anticurrency-manipulation measures and increasing and imposing tariffs.

The America-First trade policy will hit China's exports to the US. Goods from China accounted for 22 percent of total US imports in 2015, while its imports from Indonesia only accounted for 0.89 percent in the same year.

Similarly, the share of Indonesia's imports from the US as a proportion of total imports also decreased from 10 percent to 5 percent over the same period. This shows that while trade between Indonesia and the US is growing, trade with other trading partners (e.g. Singapore, China and South Korea) is growing even faster.

Indonesia's exports to the US have been largely dominated by apparel, which contributed about 25 percent of the total exports to the country from 2001 to 2015. The other main Indonesian exports to the US are rubber (11 percent), electrical machinery (12 percent) and footwear (5 percent), which the US needs for its direct consumption or as components for its automotive and machinery industry.

The US will likely increase its tariff rates on Chinese imports particularly on consumer goods, but it will most likely apply the same rates as it has for Indonesia. First, it applies quite high tariffs for consumer goods, which range between 10 and 13 percent for apparel and 9.5 percent for footwear as Indonesia has just recently graduated from the generalized system of preference (GSP). Second, at the same time, the US imposes low tariffs on intermediate components of only 0.35 percent for rubber and 0.09 percent for electronic machinery parts. Thus, there will not be any significant changes in Indonesia's exports to the US both in terms of value or volume (and types of goods).

Simultaneously, US exports to Indonesia, which are largely in the form of machinery and electrical equipment, contributed about 23 percent of its total imports.

While it is expected that US trade policy will have no significant direct impact on Indonesia's exports to the US, the indirect impacts resulting from the decrease in Chinese and Japanese exports to the US as a result of increased tariffs and the implementation of currency-manipulation evaluation methods could be quite significant.

Second are the consequences of the US Federal Reserve interest-rate policy on investment in Indonesia. Regardless of the pressure that Trump puts on the Fed chairman Janet Yellen, as the US economy gets stronger and the unemployment rate declines to 4.9 percent (by June 2016), the Fed will be likely to raise interest rates gradually by 0.25 basis points in December, with inflation reaching toward 2 percent, and another 0.25 basis point by mid-2017.

The expectation of the increased interest rates has dried up liquidity in capital markets in emerging economies. India, Thailand and Indonesia are among those hit hardest.

Indonesia, for example, recorded net sales of US$1 billion in local debt and US$444.2 million in equity according to Bloomberg on Nov. 22.

In terms of foreign direct investment (FDI), there will be no significant impact on US FDI in Indonesia. The US is the fourth-largest investor in Indonesia, contributing 4 percent of the total accumulated FDI in Indonesia from 2005 to 2015, after Singapore (42 percent), Japan (28 percent) and the UK (5 percent). US FDI decreased from US$3.4 billion in 2005 to US$444 million in 2015.

Indonesia will remain strong in 2017-2018, albeit slightly affected by exports and foreign investment. Regardless of the volatility in the world economy in 2017-2018 until 2021, Indonesia still aims to have an average of 5.3 percent economic growth, which will largely be supported by strong disposable income, and the commitment of the government to shift the energy subsidy toward more capital spending, more openness toward foreign investment, improving the trade and investment climate, and improving access to capital and labor by managing interest rates and developing vocational schools.