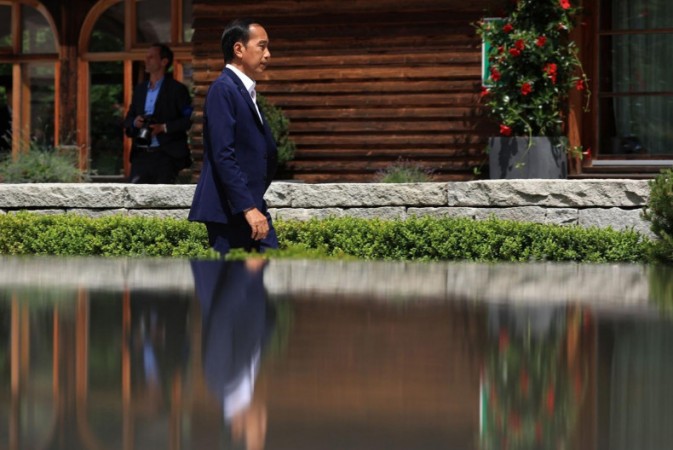 By Mr Kavi Chongkittavorn, Senior Communications Advisor:  In the post-Cold War era in Southeast Asia, Indonesia has always been an important weathervane in demonstrating the state of 'realpolitik' in the region. Therefore, the recent diplomatic flurry of high-profile visits by Indonesian President Joko Widodo, popularly known as Jokowi, shows the country's efforts to stay ahead of today's rapidly changing strategic landscape, in particular in the Indo-Pacific region.

As the world's third-largest democracy, Jakarta has the legitimacy to be more outgoing and speak for the wider world from Southeast Asian perspectives. That helps explain why these days Indonesia also attracts attention from all the great powers, especially during its current chair of G20. In addition, in his second term, Jokowi could not resist making his presence felt outside his own country. As the only ASEAN member of the G20, Jakarta views itself as a regional juggernaut. Other Muslim countries such as Turkiye, Egypt, and Saudi Arabia have also become proactive and are playing the big diplomatic games. Now be aware: Indonesia is rising with better democratic credentials.

Jakarta's role in regional and international peace and security is paramount. In the age of the Indo-Pacific, with its vast archipelagic spread, maritime security and safety will become even more important amid the heightening US-China rivalry and growing economic and strategic importance of sea-lane communications. Its non-aligned diplomacy and Pancasila (five principles of peaceful coexistence) since independence are going through a recalibration. Lest we forget, Jakarta was one of the main driving forces of the Asean Outlook for the Indo-Pacific.

Although Jokowi's peace mission to Ukraine and Russia to meet President Volodymyr Zelensky and President Vladimir Putin did not bring any breakthroughs in lessening the tensions, it did raise concerns about the negative impacts the conflict has had on the world, highlighting the food and energy crisis as the disastrous result of the war as well as boost the current chair of the G20.

In fact, more important trips were his just-completed five-day shuttle diplomacy through East Asia. The trips were extremely significant and each stop was choreographed to a tee. Due to the current state of relations among the ASEAN plus three (APT) countries (China, Japan, and South Korea), Indonesia must walk a tightrope and cannot afford to offend any one of these nations. All of them are crucial to Indonesia's foreign investment, economic development, and future prosperity as well as a security guarantee.

Jokowi's trips have three important purposes. The first is an obvious one -- making sure leaders participate in the G20 and ensuring its success. At the G20 foreign and finance ministerial meetings, the members were divisively plagued by walkouts, no statements, and other shenanigans. Indonesia is hoping that during the G20 summit all the leaders will show up and become less hostile.

The second is to forge closer ties with each of Asean's three Asian powerhouses. Given the existing mistrust and misgivings between the trio, Jokowi had to juggle three different diplomatic balls. His high-profile visit to Beijing was as extraordinary as it came amid feisty competition with Washington. He has visited Beijing several times previously but this time was more meaningful as he was the first world leader to visit China since the Winter Olympics in early 2022.

With the Chinese leaders, he discussed trade, investment, market access, and issues that would strengthen China and Indonesia's economic relations. After all, China has been its No.1 trading partner for the past nine years and in the future, their trade volume will further increase. Indonesia needs China's continued investment and trade, and Beijing has given its commitment to import more palm oil and other agricultural products. Both sides also agreed to strive to build a community of a shared future.

Once he left Beijing for Tokyo, Jokowi's narratives turned more strategic. The president has been careful in commenting and assessing regional and international issues with his Japanese counterpart Fumio Kishida. He highlighted the visits to Kyiv and Moscow and briefed Mr Kishida on the war. Outside the Western world, Japan has been the most critical of Russia's invasion.

Jokowi also took into account Japan's current narrative about the Russian-Ukraine war, reaffirming all countries must comply with international law and respect a state's sovereignty and territorial integrity. According to Indonesian Foreign Minister Retno Marsudi, they also touched on the situation in the South China Sea and the Myanmar crisis. Indonesia's security cooperation with Japan has been quite strong through the Garuda Shield joint exercise which also involves the US.

Beyond the security realm, Jokowi succeeded in gaining a Japanese yen loan worth an estimated US$318 million (11.4 billion baht) for a hydroelectric plant and market access for Indonesian marine products and fruits. As the world's No.3 economy, Japan has an important role to play as Jakarta seeks to balance China's overwhelming investment under the Belt and Road Initiative and other schemes. That helps explain why Indonesia joined the US initiative of the Indo-Pacific Economic Framework, which Washington hopes to be completed by the end of next year.

But the most rewarding visit was the last stopover in Seoul as the new government under President Yoon Suk-yeol was eager to highlight the new strategic policy toward ASEAN. South Korea is keen to demonstrate its existing strong support of ASEAN, especially currently when Seoul views itself as a vital global player. Jokowi's trip came one week before the annual ASEAN meeting begins in Phnom Penh.

Indonesia obtained pledges of billions of dollars worth of projects to create an EV supply chain in Indonesia from the Korean automaker, Hyundai. Furthermore, both sides also signed an agreement to help facilitate Indonesia's $32-billion-dollar project to relocate its capital to Kalimantan. South Korea and Indonesia also decided to continue their jointly developed KF-21 fighter jet development programme.

His ambitious plan for a new capital, Nusantara, will need massive foreign investment in numerous infrastructure projects. So far, South Korea has been the most enthusiastic about engaging with Indonesia's relocation plan. Indonesia has been hand-picked by potential investors in Nusantara.

All in all, Jokowi's shuttle diplomacy has further cemented Indonesia's place on the global strategic map, underlining that his country matters to all powers that want to engage Southeast Asia and beyond.