Indo-Pacific and the Ascent of SE Asia 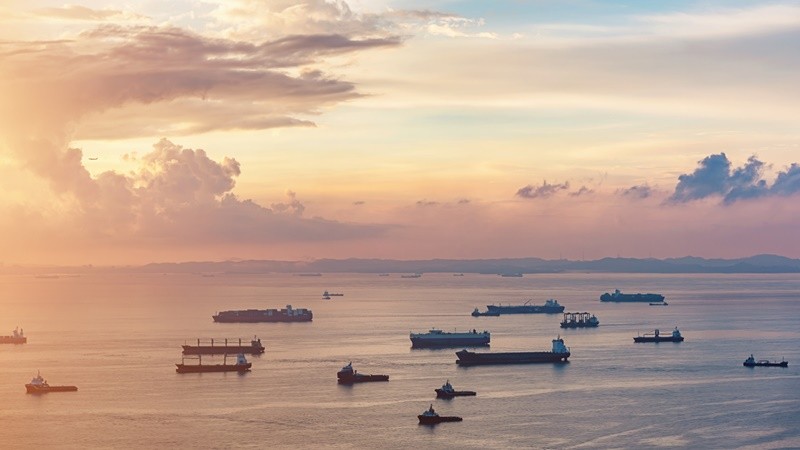 By Mr Kavi Chongkittavorn, Senior Communications Advisor:  It is clear that the ongoing debate on the importance of the Indo-Pacific is all about which major powers will win the hearts and minds of Southeast Asian countries. The main target is the 10-member Asean bloc located in the centre, where two oceans, the Indian and Pacific, converge.

Even though they are under the same roof and work as a family, each member still has its own dynamics and autonomy. As such, all members have made Southeast Asia a high-value strategic region, which cannot and will not easily fall to any hegemonic power. From now on, the US-China rivalry together with support of their common allies and friends will intensify as they use their webs of influence and cooperation to shape the region's future strategic landscape. The rise of Southeast Asia is inevitable and it will have more to say about its future. All great powers have already reached out and henceforth chosen the region, which does not have to take sides.

It was no surprise that Kurt Campbell, the White House Indo-Pacific coordinator, reiterated recently that the US must "step up its game" in all dimensions of its engagements in Asia. Obviously, at the moment, the US still lags behind in its economic engagement with the region, which could be the world's fourth-largest economy in 2030 after the US, China and the European Union (EU).

Mr Campbell stated succinctly that Washington needed to be instrumental in shaping economic and commercial engagement and trade practices in the Indo-Pacific. It is easier said than done, especially in the Covid pandemic-ravaged world. To accomplish this role, the US needs to invest billions of dollars in both financial and human resources in the region.

With the world's largest trade pact, the Regional Comprehensive Economic Partnership (RCEP), taking effect on Jan 1, the US, the world's largest economic power, feels a bit left out. In the coming months and years, the Asian economy will be more integrated, especially among Asean and three dialogue partners (Japan, China, South Korea). In 2017, the US under the helm of former US President Donald Trump selfishly pulled out of the Trans Pacific Partnership (TPP), leaving the free trade advocates behind. Luckily, the remaining TPP members were able to shake the dust off and move on -- without the US, by forging the Comprehensive and Progressive Trans Pacific Partnership (CPTPP) not long after.

More than the CPTPP members would like to admit, their ability to conclude high-end free trade deal without the US came from their common economic interest, which in the long run will have a ripple effect on all strategic matters. If this trend continues to permeate other areas, the so-called minus-US scheme, it could further weaken US engagement in the region.

That helps explain why under the Biden administration, the US has reached out diligently to all its allies and friends for their help. This could be a blessing and a curse as the US, under the Trump administration, has already damaged part of the network of strategic ties with Southeast Asia. The Trump administration's treatment of Asean was despicable and has left an indelible mark. Mr Trump singlehandedly downgraded US ties with Asean despite his supportive words.

There was no leadership rapport between him and Asean leaders, which former president Barack Obama excelled at. If Mr Biden follows Mr Trump's path then it would be difficult to translate his administration's vision on the Indo-Pacific into a reality. If the region is so important to the US at this juncture, as is often featured in Mr Campbell's and other senior officials' speeches and lectures, the White House should be forthcoming in engaging with the region at the summit level.

In this calendar year, three Asean members, Cambodia, Indonesia and Thailand are hosting three important events -- Asean-related summits, the G20 summit, and the Apec leaders meeting­­ respectively -- which will involve the presence of heads of government from all major powers and economies in the world. Mr Biden has not committed to any of these schedules. If he misses one, he misses them all.

All of them will be held in November. Cambodia will host the Asean-related summits in early November that will be followed by the Asia Pacific Leaders Meeting in mid-November in Phuket. Indonesia has yet to decide on the date but it should fall in the same month to facilitate the travel of global leaders. Of course, it is hoped that by that time, the world will not be under the threat of Omicron or any other, as yet unknown, variants. Otherwise, the pandemic could easily be used as an excuse not to meet face to face.

The US must be more open-minded in cooperating with Southeast Asia in all aspects for the benefit of the region. So far, US attention has zeroed in on countering China's growing influence in Southeast Asia, which is currently the most important strategic area in their calculus. Truth be told, granted China's deepening economic relations by the days, Asean members would not be willing to trade their economic lifeline for US strategic imperatives.

Now that the Biden administration has already laid out some of the strategic and economic plans in engaging Asia, it remains to be seen how the US will implement them. For years, the region has heard of numerous US plans but without any effective implementation.

The latest Summit for Democracy, which was considered Mr Biden's first year highlight, has not yielded positive results as far as the region is concerned. It has done more damage to American friends because of the White House's amateurish political labels without reality checks on the ground. With US domestic politics moving towards the right, coupled with the staying power of Trumpism, it is hard to predict what the future of US engagement with the region will be if the Democrats lose the mid-term elections.

Nonetheless, one positive development of Mr Biden strengthening ties with allies and friends is the longstanding values of cooperation existing among them. Even without the US, their cooperation can still be revitalised and given new purpose. They would do so to increase regional resiliency and security while not aiming at any country.

As such, the US does not have to be obsessed with the rise of China as the only objective in engaging the region. A stronger and more resilient region that is capable of handling the growing complexity of US-China ties should be a more meaningful aim for Washington. Indeed, the rise of Southeast Asia is a powerful hook-up for their peaceful coexistence and collaboration.