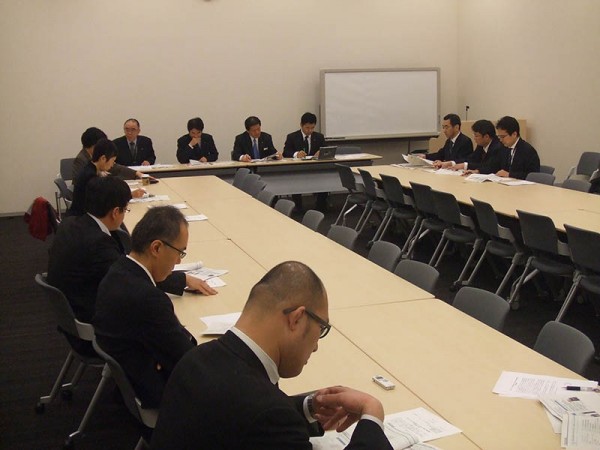 Inaugural Meeting of the Parliamentary League for ERIA of Democratic Party of Japan was held on 23 March 2012 in Japan.
The aim of its establishment is to support the activities of ERIA by promoting widely its research activities and policy recommendations for East Asian economic integration throughout Japan and overseas in the course of the growth of importance of  the connectivity with the East Asian region.
The meeting was moderated by Mr. Kenzo Fujisue, Secretary General of the Parliamentary League for ERIA of Democratic Party of Japan.  Mr. Teruhiko Mashiko, Chairman of its league made an opening speech highlighting the growth potential of East Asia and the significant role of the its legue. Mr. Hidetoshi Nishimura, Executive Director of ERIA expressed his appreciation to all the members and briefed on the outcome of recent ERIA's activities.  Mr. Nobuhiko Sasaki, Director-General, Trade Policy Bureau, Ministry of Economy, Trade and Industry of Japan explained about the ERIA's contribution to East Asian region since its establishment.
The meeting reaffirmed the significance of ERIA's role.