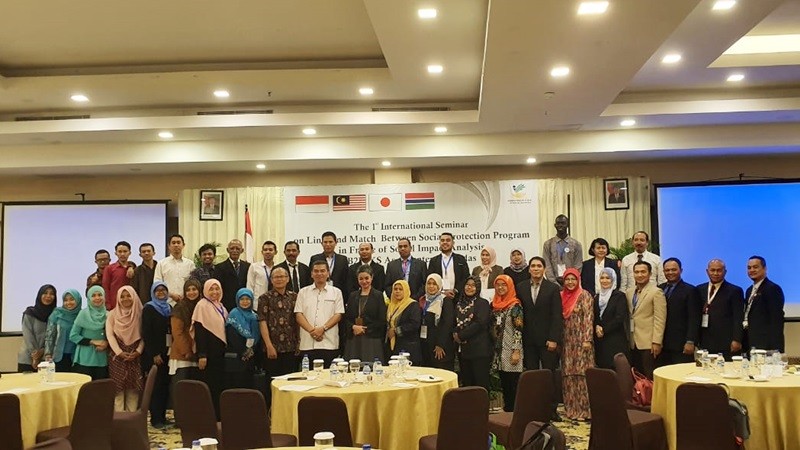 Yogyakarta, 16 October 2019: The development of social impact analysis (SIA) as a mandatory requirement for national government programmes was the objective of the 1st International Seminar on Link and Match Between Social Protection Program in Frame of Social Analysis, held in Yogyakarta, Indonesia, on 16 October 2019. The seminar, organised by the Research and Development Centre of the Social Welfare Service Yogyakarta, was attended by experts on social affairs, local and national government officials, academics, leaders of non-governmental organisations, municipal leaders, and researchers interested in social impact analysis.

In her keynote address, Dr Oetami Dewi, director of Research and Development Center of the Social Welfare Service (B2P3KS [Balai Besar Penelitian dan Pengembangan Pelayanan Kesejahteraan Social]), Yogyakarta, and director of the ASEAN-wide Research Networking on Ageing of Indonesia, said that compared with economic impact analysis (EIA), SIA is not commonly carried out in Indonesia because it is not strongly encouraged. As a result, she said, development programmes often fail and even tend to create new problems. She then presented the concepts, principles, and methods of SIA as well as how B2P3KS can promote them. She stressed making B2P3KS a centre of social impact analysis (AMDAS [Analisis Mengenai Dampak Sosial]) in Indonesia.

Prof Sharifah Azizah Haron from the Malaysia Research Institute on Ageing presented an overview of SIA and its practical procedures.