Hydrogen: A Game-Changer for ASEAN 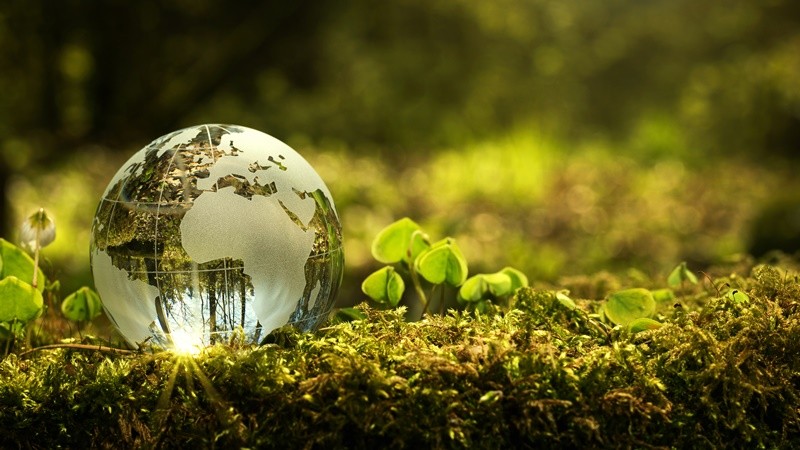 By Dr Han Phoumin, Senior Energy Economist:  For the past two decades, hydrogen has rarely been mentioned by proponents of renewable energy although it is frequently used in the ammonia production, petrochemical and oil refining industries.

However, recently the adoption of hydrogen usage has been accelerating in all sectors as it is versatile and can be produced from many energy sources. Hydrogen fuels thus present an untapped potential as a clean form of energy if the world embraces its adoption and usage.

Currently, the annual production of hydrogen is about 120 million tonnes globally, of which two-thirds is pure hydrogen and one-third is mixed with other gases. Hydrogen is a clean energy source which can be produced from either fossil fuels or renewables.

Reducing global greenhouse gas emissions (GHGs) is high on the agenda under the Paris Agreement (COP21) and under the upcoming COP26 which will require leaders to pursue alternative fuel pathways.

Although the share of hydrogen fuel remains small in global energy consumption, it represents a positive growth potential as world leaders start to see the great benefits to abate climate change. Hydrogen fuel has already enjoyed political support in many advanced countries including Germany, the Netherlands and many OECD countries.

The potential use of hydrogen in transportation, power generation and industries has been shown by projects around the world. Hydrogen has attracted the leaders' attention as an option to increase the share of renewables in electrical grids amid the falling cost of electricity from winds and solar.

The International Renewable Energy Agency (Irena) predicted the cost of electrolysers, the devices used to produce hydrogen from water, will halve from US$840 (25,905 baht) today to $420 (12,952 baht) by 2040. If coupled with the falling cost of renewables in general, the prospect of renewable hydrogen production could be the cheapest energy option in the foreseeable future.

ERIA's research in hydrogen energy over the past two years has identified the significant potential to meet supply and demand needs in East Asia. By 2040, the cost of hydrogen will decrease by more than 50% if it is adopted across all sectors.

At this price, hydrogen is competitive with the price of gasoline. The current cost of supplying the renewable is about three to five times higher than gas, mainly due to the limited investment in hydrogen supply chains and the lack of a wider adoption strategy.

Further, the wide adoption of hydrogen will need time to ensure cost competitiveness as well as its safety in its use in all sectors, especially in automobiles. The large-scale hydrogen-based energy transition from the 'grey' and 'blue' towards 'green' hydrogen will happen concurrently with a global shift to renewables. Green hydrogen can address current system integration challenges that have prohibited a higher share of wind and solar.

Hydrogen uptake will happen in several ways. The European Union's ambition to make Europe the first climate-neutral continent in the world by 2050 will see a large role for hydrogen fuel as an enabler to achieve carbon neutrality.

Many hydrogen projects in OECD countries will be online by 2023, including electrolysers and pipelines for distribution to end-users. Since hydrogen itself is a clean energy carrier, it will provide the best prospect of accelerating its storage for island countries such as Indonesia, Malaysia, the Philippines, Brunei, Australia and New Zealand.

In East Asia, China is one of the biggest potential producers and consumers of hydrogen energy in the foreseeable future. China has recently accelerated hydrogen investment support to local industries where about $2 billion is expected to be injected in the next few years. Japan is actively promoting the global adoption of hydrogen for vehicles, power plants and other potential uses.

Regardless, the demonstration of the hydrogen supply chain in Brunei has successfully explored an alternative way of shipping hydrogen through the use of a new technology called Liquid Organic Hydrogen Carrier. If the cost of this technology is economically viable, it will pave the way for global market access, and address the supply chain barrier challenges.

The use of hydrogen is expanding in the transport sector as well, and its adoption is gaining momentum. For example, India is starting to call for foreign investment in fuel cell vehicles and hydrogen transportation infrastructure development in some pilot cities. In Japan, the Tokyo Metropolitan Government will increase the number of hydrogen buses to 100 in 2020, and in Asean, the Sarawak Local Government will start to operate hydrogen buses soon. Singapore is working closely with Japanese companies to explore the development of hydrogen as new clean fuel to develop the economy and decarbonise emissions.

Japan is currently pioneering the renewable hydrogen economy in which the production of hydrogen through the reformatting process of renewable electricity such as wind, solar and nuclear could be the game-changer to decarbonise emissions. Japan is also the first country in East Asia to adopt a basic hydrogen strategy to make sure that its production will reach cost parity with gasoline fuel and power generation in the long term.

A market survey of the future potential of hydrogen demand in Japan conducted by Fuji Keizai in 2019 indicated that hydrogen demand will increase 56-fold by 2030, with an estimated investment of more than 400 billion yen (115 billion baht).

Although the Japanese government and businesses are making efforts to kick start hydrogen adoption and usage, the realisation of a hydrogen society in Japan will largely depend on the competitive cost of hydrogen production and society's willingness to pay. Likewise, South Korea has set a bold target for hydrogen use, reaching 10% of total energy consumption by 2030 and 30% by 2040 to power selected cities and towns.

Unfortunately, in ASEAN, hydrogen has yet to enter the policy agenda in many countries as an alternative fuel. However, the Asean Plan of Action for Energy Cooperation (Apaec) Phase 2, which is under preparation for endorsement at the Asean Ministers on Energy Meeting (Amem) in November, will include policy measures to address emerging and alternative technologies such as hydrogen and energy storage.

In Asean, hydrogen production is mainly used in the refining, fertiliser, and petrochemical industries. Thus, Asean's energy leaders need to develop a clear strategy for how to promote hydrogen use into the transportation and power sectors.

Singapore, Malaysia, Thailand, Indonesia, and the Philippines could take the lead by investing in research and development for hydrogen produced from both renewables and non-renewables and by setting targets learning from OECD countries to guide the investment.

Investment in industries that can adopt hydrogen energy provides a strong potential for Asean, but to realise such potential, regional leaders will need to accelerate plans and strategies to embrace hydrogen use. Asean has much to learn from the European community, the OECD, and China.

The above barriers to the hydrogen society can be addressed through energy policy changes with clear targets for hydrogen adoption and usage in all sectors so that investment can be made into renewable hydrogen production and its supply chain. Adoption of a clear hydrogen strategy is poised to be a game-changer for Asean's clean energy future.

This opinion piece was  written by ERIA's  Senior Energy Economist, Dr Han Phoumin, and has been published in China Daily, The Bangkok Post, The Borneo Bulletin and Flipboard   . Click here to subscribe to the monthly newsletter.