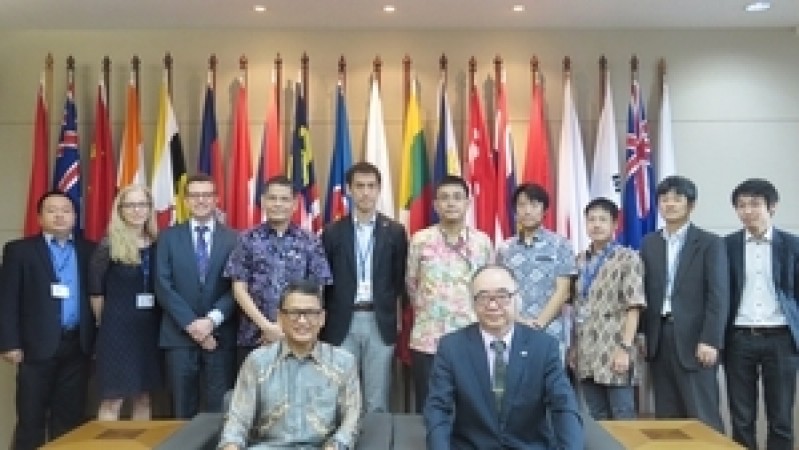 Prof Nishimura briefed Ambassador Arifin on several issues, such as the historical background of ERIA, Indonesia's potentials as the key to ASEAN countries, and the large amount of Japanese investment in Indonesia. He specifically invited Japanese manufacturing companies, including small and medium-sized enterprises (SMEs) to come and do business in Indonesia.

Prior to his appointment as Ambassador to Japan, Ambassador Arifin worked in Japan for nearly two years; therefore, he was already relatively familiar with the country and the culture. He stated that while economics and trade are important issues for the bilateral relationship, he wanted to also focus on culture as a way to create more understanding and, by extension, trust between the citizens of the two countries. Next year, Indonesia and Japan will celebrate the 50th anniversary of their bilateral diplomatic relationship, and Ambassador Arifin mentioned the possibility of hosting events to commemorate the occasion.

Ambassador Arifin previously served as the President Director of PT Pupuk Indonesia, an Indonesian state-owned fertiliser firm. He had also served as the president director of two other fertiliser firms, PT Pupuk Sriwijaya and PT Petrokimia Gresik. He holds a bachelor's degree in chemistry from Institut Teknologi Bandung (Bandung Institute of Technology).