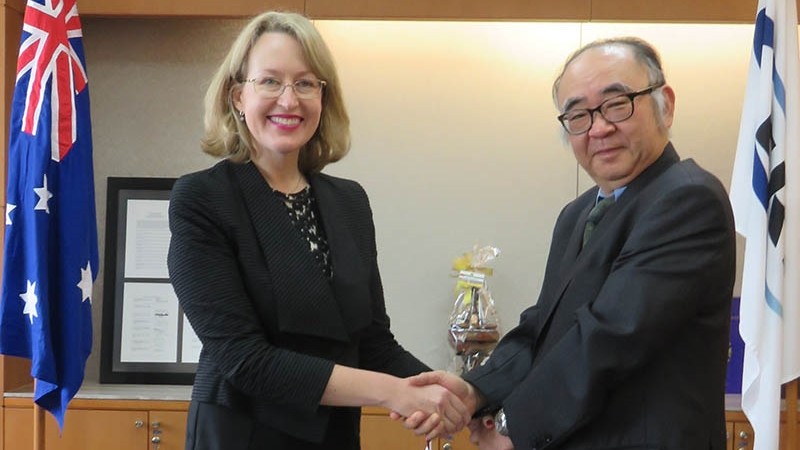 During the meeting, Prof Nishimura briefly explained the background and history of ERIA, as well as the recent developments in the organisation. ERIA's capacity Building Coordinator Jeremy Gross, who accompanied Professor Nishimura to the meeting, expressed ERIA's appreciation for the Australian government's support of the capacity building programmes.

H.E. Ambassador Duke was interested in the future direction of ASEAN economic integration. They also discussed the possibility of future cooperation between Australia and ERIA.

Prior to her appointment as the Ambassador to ASEAN, H.E. Ambassador Duke served as the Assistant Secretary, Southeast Asia Regional Branch of Australia's Department of Foreign Affairs and Trade. Her last overseas posting was as the Deputy High Commissioner, Malaysia and as Counsellor (Immigration) at Australia's Permanent Mission to the United Nations in Geneva.

She holds a Bachelor of Arts (Asian Studies) and a Bachelor of Laws (Hons) from the Australian National University, and a Graduate Diploma in Legal Practice from the University of Technology Sydney.