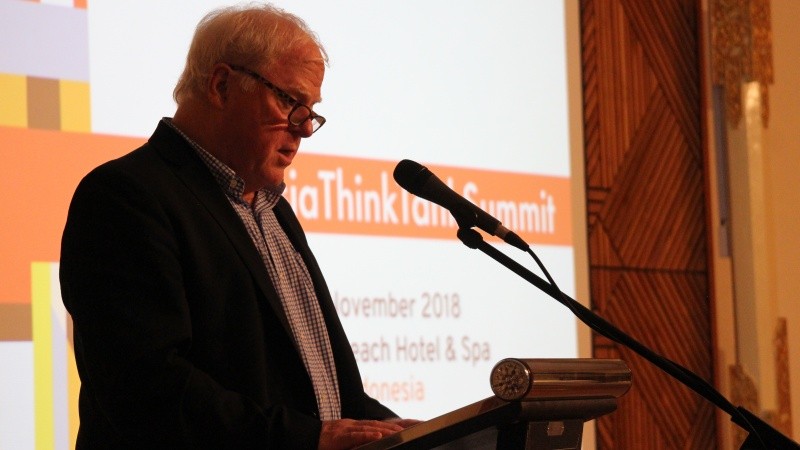 It is with the greatest sorrow that I, and all of us at ERIA, have learned of the passing of Prof James McGann. We were very fortunate to have had the opportunity to work with Jim over the past few years in support of his global community of think tanks including co-hosting the Asia Think Tank Summit in 2018 with his program the Think Tanks and Civil Society Program at the University of Indonesia.

Jim’s passion and vision for the future of think tanks has led to a vibrant community of think tanks from all around the world with over 14,000 organizations participating.  He was a firm believer that the role of think tanks is critical to the future of democracies but that think tanks need to embrace change and innovation, moving quickly to avoid becoming either irrelevant, or worse, discredited.

His clear vision, relentless energy, warmth, and sense of humour will be sorely missed by the legions of think-tankers and the numerous interns from around the world who were able to benefit from his guidance.

Now with heavy hearts we must say goodbye to this leader, mentor, friend who gave so much to all of us.