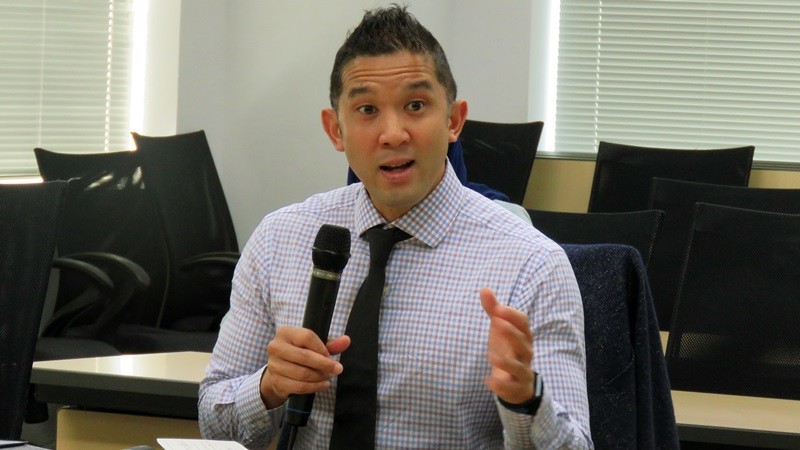 Jakarta, 18 April 2019: The Economic Research Institute for ASEAN and East Asia (ERIA) hosted a lecture by Dr Neil Ruiz from the Pew Research on ‘Trends and Attitudes towards International Migration’ on 18 April 2019.

‘Pew Research Center is a nonpartisan, non advocacy fact tank. It’s a very unique organisation because we don’t make any policy recommendations. All our money comes from the $6 billion endowment from the Pew Charitable Trust. They are a family that makes money from oil but now they just really believe in facts,’ said Dr Ruiz as he began the lecture.

‘Facts have been politically charged lately, especially in the United States, but we still believe that facts exist. One thing that we do, we do a lot of public opinion polling in the US and around the world, we also do demographic work, a lot of innovation and data, looking at big data, administrative data, census data, all sorts of data that we do like to take a look and analyse,’ he added.

Dr Ruiz went on to describe the findings of their research on international migration. One of the findings showed that people in Indonesia (75% of the people surveyed) and the Philippines (69% of the people surveyed) are significantly more optimistic about their children’s future compared to people in other countries, believing that their children will be better off financially than them. However, there are 15% of the people surveyed in the Philippines who stated that they plan to move to another country sometime in the next five years, while there are only 2% of Indonesians surveyed who stated their plan to move.

For many people in ASEAN and East Asia countries, such as the Philippines, India, Japan, Indonesia, and South Korea, outmigration is a big problem. These countries suffered from a phenomenon called brain drain, where high-skilled people left their countries to seek for better paying jobs in other countries.

Following Dr Ruiz’s presentation, ERIA’s Senior Economist Dr Ponciano S. Intal, Jr opened the Q and A session, which turned into a lively discussion due to the interesting subject matter.