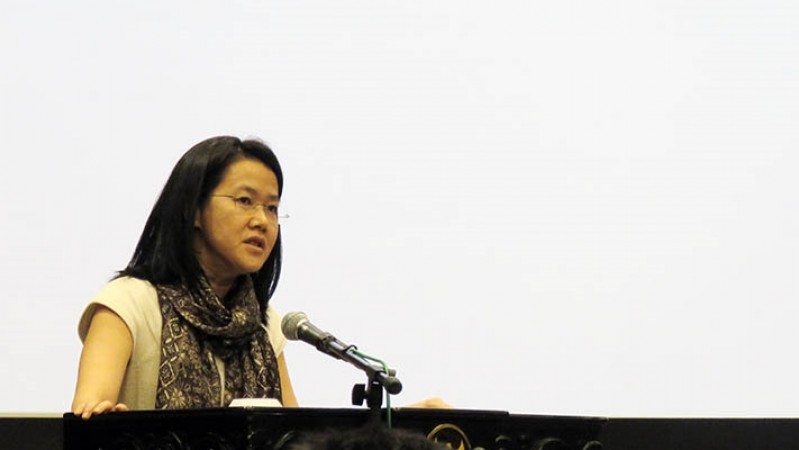 The dialogue is a collaboration between the governments of Indonesia and Australia and academics from both countries. It was first started and initiated by then Indonesian Finance Minister Sri Mulyani, hoping it could serve as a discussion forum for experts to exchange views on the economic development of Indonesia.

The dialogue was divided into three sessions: fiscal policy and reform, current industrial reform and challenges, and international economy. Indonesia's Finance Minister, Prof. Dr. Bambang P.S. Brodjonegoro, noted in his opening remarks that this year's dialogue focuses on policy reform to support the industrial and economic growth of Indonesia.

At the third session on international economy, ERIA economist, Dr Lili Yan Ing, presented her latest study on non-tariff measures (NTMs), 'Indonesia's initiatives in moving forward ASEAN integration: Non-Tariff Measures in ASEAN'. Dr Ing noted the importance of NTMs in ASEAN, explaining that unlike tariffs, NTMs could be a check and balance for the quality of goods. She also stressed that the increase of NTMs is notable not only in ASEAN but also around the world.

Despite the benefits of NTMs in ASEAN, NTMs cannot be all benign, she acknowledges. This is caused by the lack of knowledge by the government about incentives on the uses of NTMs and punitive regulations reflecting the anti-business culture of many administrations.

For Indonesia to move forward, Dr Ing expressed the need to establish a national economic council with the same level as ministries. The important goal for government is to have transparent and good quality NTMs that will positively impact the quality of goods. ASEAN, in this case, needs to break from the trade negotiation approach and instead focus on transparency, cooperation in conformity assessment procedures, and dynamic disciplines.

Professor Mari Pangestu, senior lecturer at the University of Indonesia, presented the challenges faced by Indonesia, stating that, besides being innovative with a new strategy on international commitments, 'Openness to trade and investment, especially services and NTMs, is important,'

Dr Arianto Patunru of the Australia National University also supported the importance of NTMs, noting in his presentation on the Indonesia Reform Package that 'Non-tariff measures is proliferating (for Indonesia economies)'.

Fifty participants representing government, the academe, and business shared concerns on Indonesian financial and economic issues. The result of this dialogue will be reported in a communiqu� to the finance minister on the following day.

The 2016 NTM data are available at asean.i-tip.org. Dr Lili Yan Ing's upcoming book Non-Tariff Measures in ASEAN will be available in April 2016.