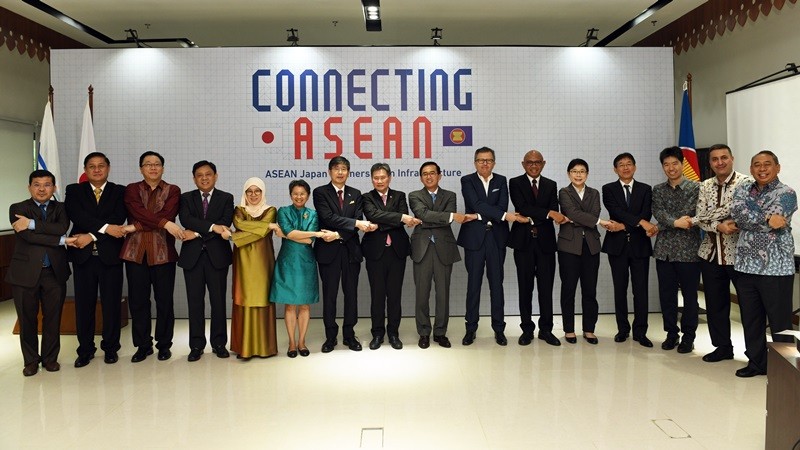 Jakarta, 18 October 2019: The Economic Research Institute for ASEAN and East Asia (ERIA), the Mission of Japan to ASEAN, ASEAN Secretariat, and the ASEAN Foundation co-hosted a photo exhibition on ASEAN infrastructure projects supported by the Government of Japan. The photo exhibition, entitled ‘Bright Future Achieved by Quality Infrastructure in ASEAN -Connecting ASEAN-’ was held at the lobby of the new ASEAN Secretariat office until 1 November 2019.

Mr Sabandar stated that during the construction and operation of MRT Jakarta, which was built through a partnership between Japan and Indonesia, they received support from Japanese companies not only in terms of technology, but also in terms of ethics. He mentioned many examples, including improvements on the work environment and the way MRT Jakarta has affected people’s habits such as queueing in line, no eating and drinking in the train and the station premises, and many more. He also reminisced about the process of renaming the MRT station nearby the ASEAN Secretariat, which was initially named Sisingamangaraja Station, to ASEAN Station.

ERIA’s Chief Operating Officer Koji Hachiyama gave the closing remarks in which he mentioned ERIA’s project Comprehensive Asian Development Plan (CADP) 2.0 and the ongoing CADP 3.0. Most of the projects that were featured in the Photo Exhibition were also listed in CADP 2.0.