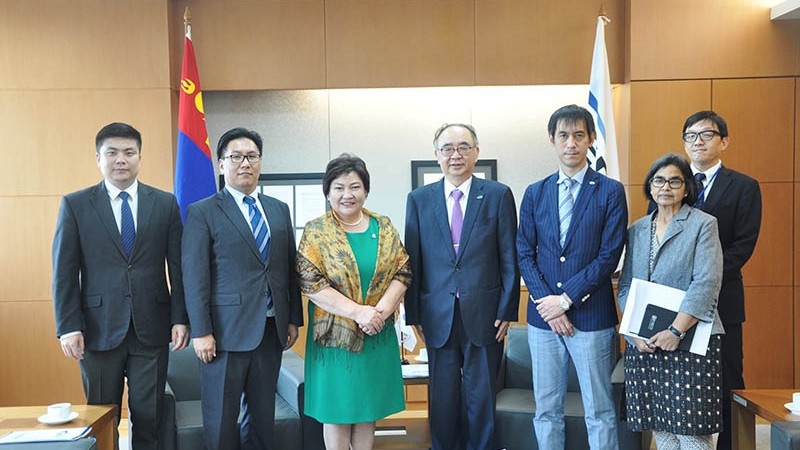 The two MoUs spell out the framework for cooperation between the two organisations to conduct joint studies. The first study will focus on supporting the regional integration and connectivity between Asia and Europe, acknowledging that increased connectivity and cooperation in Asian countries and connectivity between Europe and Asia will be a driver for strong global value chains, among others. The second study, to be conducted with the Energy Ministry of Mongolia, will focus on power grid development plan in the country.

Discussions between H.E. Mr Danba Gankhuyag, State Secretary of the Mongolian Ministry of Foreign Affairs, and Prof Hidetoshi Nishimura, President of ERIA, during the former's visit to ERIA in October 2015 laid the foundation for this cooperation through joint studies on connectivity.

Both organisations will contribute resources to conduct joint projects by creating working groups. Outcomes of these working groups are expected to be presented at the upcoming ASEM Summit in Ulaanbaatar in July 2016.