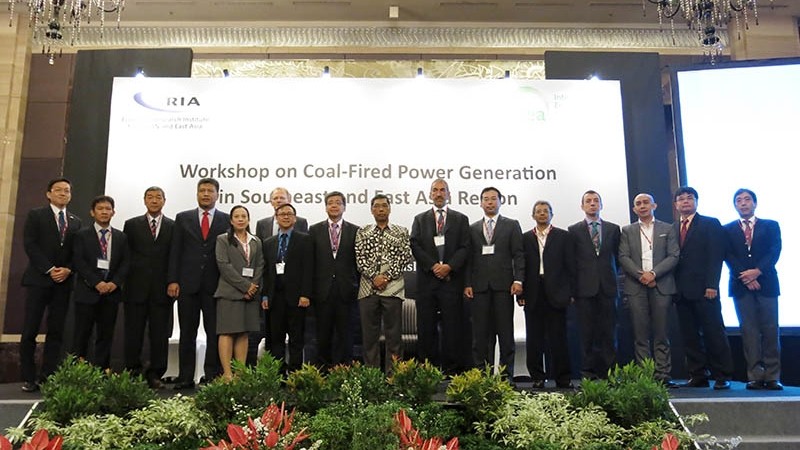 The workshop was opened by a speech from Mr. Jarman, the Director General of Electricity. In his speech, Mr. Jarman expressed his gratitude for the workshop. He then stressed the importance of having renewable energy as the oil and gas supply is decreasing. Further, he said "with the oil and gas supply diminishing, we really need to think about replacing them, and coal usage should be increased to accommodate electricity needs,"

It is recognized that certain concerns exist with coal usage in regard to its environmental and health effects. This workshop discussed how to overcome these issues by promoting the Clean-Coal Technology (CCT) in the region. Mr. Jarman explicitly agreed that coal usage will create threat to the global environment. However, he also said that coal usage is needed for Indonesia to have stable electricity supply. "No pain, no gain. Everything has its own risk. I am sure the using of modern coal technologies (such as CCTS) is very possible in the future."

Despite the technology being costly at this moment, Mr. Keith Burnard, the Head of Energy Supply Technology Unit from the IEA said, "There is a responsibility by the technology producers to continue developing the technologies that will reduce the cost of CCTs in the future. They are expensive now, but I am sure they will become less expensive in the future. This also requires governments to adopt policies to encourage investors and electric suppliers to implement CCTs."

The speakers in the workshop are coming from energy, mineral resources and coal-related association such as IEA, Indonesia Coal Mining Association, ASEAN Centre of Energy and ministerial officer from Japan and Indonesia.

The workshop was attended by approximately 60 participants from energy researchers, private sector and energy association representative and 20 media. In the discussion session, participants and speakers mainly talked about their concerns in the high priced technology and issues regarding government regulation in the future on the coal-fired power generation especially in Indonesia and Southeast Asia.

The joint workshop shared the findings of the studies conducted by ERIA and IEA which can be summed in to the points below.

� ERIA projections show that electricity demand will grow at about 3.6% per year on average during its outlook period (2011-2035), where in energy demand will increase 2.4% per annum at final consumption level.

� Many of the New and Renewable Energy projects will take more time to become affordable.

� Coal is an inexpensive fuel and current reserves in the Asia Pacific Region could provide supply for another 80 years, thus a solution to meet the future demands.

� Coal is key to achieving energy security in countries like Indonesia, which also provide long-term employment opportunities for it growing population.

� Coal combustion accounts for one third of global warming carbon emissions that cause global warming. Apart from deploying more efficient technology, the role of CCS needs to be investigated, promoted, to effectively abate CO2 emission.

� Retrofitting existing coal fired plants with cost effective clean coal technologies and replacing ageing plants with high efficient plants is urgently needed in the region, yet both require investment that industries and plant owners are not always willing to make.

� Policies and measures that include both standards such as efficiency standards, fiscal and financial incentives and emission trading such as Bilateral Offset Credit Mechanism (BOCM) can be successful in prompting these investments.

To see the pictures of the event please click on the following PDF file: