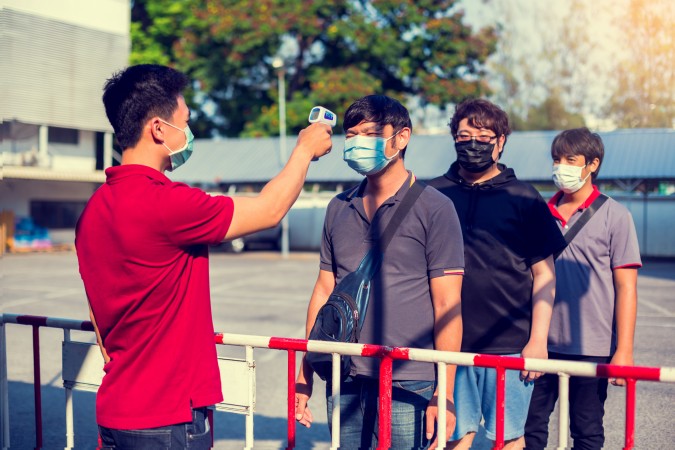 By Giulia Ajmone Marsan, ERIA's Strategy and Partnership Director together with Andrea Goldstein: US President Donald Trump may not always be right, in fact he often seems to be on the wrong side of history, but he knows a good formula when he sees one. So with the “China virus” he made no friends around the world, but was true to form. Since the original outbreak in Wuhan most likely towards the end of 2019 Covid-19 has not only spread to Europe, but also found its way back to East Asia.

In the Northern part of the continent, where many thought that the war had been won, Japan announced a state of emergency, South Korea sees cases rising again, China is imposing new travel restrictions to avoid importing cases. In the South, Singapore has shut workplaces and schools and the pandemic is making major inroads in its less developed neighbors – since early March, when the first cases were detected, confirmed cases are approaching the 30,000 milestone, while the death toll is above 1,100 deaths.

Southeast Asia had a chance to learn from other Asian countries and yet something went wrong. A state of denial persisted for the past few months, as regional authorities argued that demography (i.e., the young population) and geography (i.e. tropical weather) would shield Southeast Asia from the virus. When they finally realized that the connections with Northeast Asia were too tight to keep Covid-19 away, they had to face a harsh reality: Southeast Asia is particularly vulnerable to the pandemic.

Public health systems are still underdeveloped and access to care services is far from universal. Compared to Northeast Asia, where, according to World Health Organization (WHO) data, there are more than 20 medical doctors for every 10,000 people, countries in Southeast Asia (except for Singapore, as always) perform rather poorly. Except for Malaysia (15 medical doctors for every 10,000 persons), in all countries the ratio is below 10: a score that results in insufficient testing, identification of fewer sick people, and treatments that are less effective than in Northeast Asia.

Informality is also considerably larger than in developed economies: according to IMF estimates, the informal economy accounts for more than 25% of regional GDP. This makes it more complicated to support workers and businesses during the crisis, thus hurting households that only recently exited poverty. Moreover, where a large share of the economy is underground, it may be more difficult to effectively enforce lock-down measures: informal workers, typically in poor housing conditions and with little access to utilities and other basic services, do not have the broadband connection that is essential to telework from their living rooms, but need to hit the road to make ends meet. Couple that with high-density neighborhoods, when not shantytowns, in mega cities and it is easy to understand why social distancing can be difficult to implement in practice.

Facing an unprecedented economic downturn and a sharp expected increase in poverty, governments have eventually started to design and implement different forms of mitigation measures. Since late March and early April, the movement of people has been restricted almost everywhere in the region although with varying degrees of intensity: people are not allowed to go out from 10pm to 4am in Thailand; in Malaysia the stay-at-home guidelines are enforced by police and non-essential businesses are closed; in Vietnam gatherings of more than two people are banned; in Indonesia and the Philippines lock-down measures, including road blockades, were implemented in the most populous islands (Luzon and Java) of the two archipelagos. Not everyone in the region, however, is similarly diligent: according to Google mobility data until the beginning of April, people mobility for retail and recreation activities declined by 81% in Malaysia and the Philippines, by 67% in Vietnam and only by 54% in Thailand and 43% in Indonesia.

But as everywhere else in the world, the virus containment measures are only part of the story. Southeast Asia has learnt the hard way, during the Asian financial crisis, the perils of not acting promptly, and this time it must be different. In an economic emergency it is essential to help businesses stay afloat through tax breaks, delayed tax payments and land-use fees, and liquidity infusions at preferential rates. Vulnerable households, self-employed entrepreneurs and SMEs are other categories deserving priority in government relief measures such as cash transfers and micro-credits programs.  Last but not least, it is also important to keep a close eye on those that may seize the opportunity of large government programs to enrich themselves – now more than ever anti-corruption agencies, whistleblowers and courts must remain independent, the media free to investigate and report, policy-makers and tycoons held to account.

While economic forecasts are constantly revised to the bottom, governments continue to increase the amounts of their stimulus packages to keep the economy alive. On April 7th, The Thai government approved  measures equivalent to $60 billion (the third since the pandemic) to support the health sector and businesses. The day before in Malaysia the government announced new measures to support SMEs and households for more than $2 billion. A similar amount was announced in Vietnam on the April 10th, which again contains measures to support both businesses and households. The second Indonesian stimulus package was announced in mid-March and is worth $8 billion including fiscal (primarily for the manufacturing sector) and non-fiscal incentives (to ease import and export activities), as well as special measures for SMEs. The Philippines committed to $23 billion to support the economy in early April and in Singapore, by far the wealthiest country in the region, a new stimulus package was announced with $3.5 billion (1% of GDP), including wage subsidies, cuts in foreign worker levies, and an extension on rental waivers.

Countries in East Asia have also understood the need of a common approach to fight a virus that does not stops at borders. Beyond individual country measures, the 10 countries of the Association of Southeast Asian Nations (ASEAN) have just discussed common tools to fight the pandemic during a virtual ASEAN Summit Meeting that just concluded. They agreed to establish an ASEAN Covid-19 Response Fund to address the medical emergency. They are also considering the creation of an ASEAN+3 (China, Japan and Korea) scheme with their Northeast Asian neighbors to build a reserve of essential medical supplies, as well as using common emergency rice reserves. Funding for these schemes may be initially limited but it is a reminder of the importance of international collaboration, in the days when the President of the US withdraws financial contributions from the WHO.

While initially focusing on addressing the medical emergency, common approaches may continue in the post-pandemic phase. There may be some silver lining if the crisis accelerates the transition of ASEAN societies towards inclusive digital technologies. Regional “unicorns” – privately-owned start-ups with a valuation above 1 billion USD – like Grab or GoJek are proving to be more than mundane multi-apps allowing pad thai or gado-gado delivery and the like. They are digital champions that continue to innovate to mitigate the cost of the outbreak and facilitate the exit from emergency, for instance through contactless systems to implement social distancing. Like their peers in the Silicon Valley, in the middle of the crisis they have launched initiatives like start-up accelerators and mentoring programs to boost the digital economy and tech-entrepreneurship.

Digital innovation is not restricted to the business sector: after the well-known tracking app developed in Singapore, Malaysia – the country in the region that is second in term of R&D investments – is about to launch a similar app to monitor the outbreak but also to allow citizens to self-assess their health status or locate nearby testing and treatment centers. In Thailand, public and private organizations have partnered in the creation of an online tele-diagnostic and consultation tool for people showing symptoms, the “Virtual Covis-19 Clinic”. Even in less advanced ASEAN countries, like Myanmar, digital platforms are rapidly changing the way of doing business: small shopkeepers are organizing auctions on Facebook where they can chat and share pictures and videos with potential buyers to sell goods more effectively.

Governments in the region, while fighting the virus and protecting the economy, should encourage and accompany this transformation – in a crisis, being innovative is the only good choice.

This opinion piece was  written by Dr Giulia Ajmone Marsan, ERIA's Strategy and Partnership Director together with Andrea Goldstein and has been published in Aspenia Online. Click here to subscribe to the monthly newsletter.