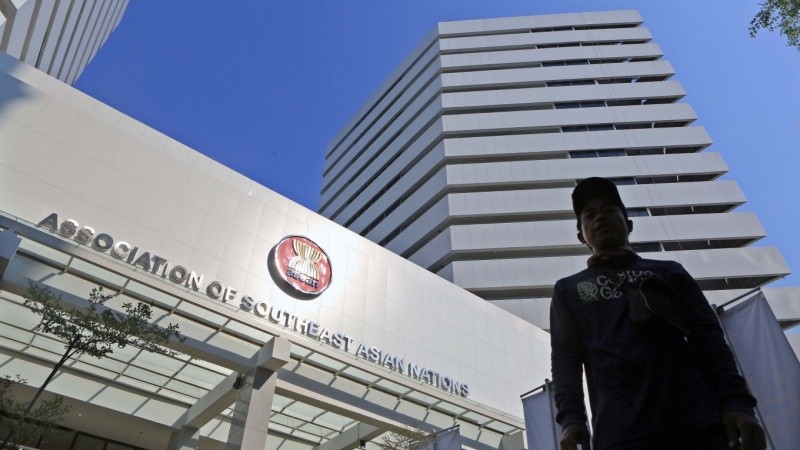 By Anita Prakash, Director for Policy Relations: As an evolving platform for regional architecture and economic growth, Indo-Pacific got a constructive nod from the leaders of 18 member countries at the 14th East Asia Summit in Bangkok.  The summit statement reiterated support for a peaceful, stable, resilient, dynamic, and inclusive ASEAN Community and emphasised  ASEAN centrality in the evolving regional architecture. ASEAN has achieved consensus around the ASEAN Outlook on Indo Pacific, based on the principles of transparency, inclusivity, good governance and complementarity with existing cooperation frameworks.

ASEAN has clearly brought out its intention to use the Outlook as a guide for ASEAN’s engagement in the Asia-Pacific and Indian Ocean regions to contribute to the maintenance of peace, stability, freedom and prosperity. Its next task is to bring important partners and infrastructure plans under an institutional framework which can help develop and implement the shared principles of governance, standards and sustainable financing of connectivity for economic growth.

Connectivity plans in the Indo-Pacific are competing for space, resources, influence and results.  Seeking convergence among competing connectivity plans may be a desirable policy objective but it is based on the notion that all connectivity plans have similar objectives. The contours of most connectivity plans are different in terms of their origin, partnerships, resources and the political and economic priorities of the promoters. For example, the ASEAN approach to connectivity relies on community building and a well-established network. It strives for a more competitive and resilient ASEAN community. The Master Plan for ASEAN Connectivity (MPAC) 2025 broadens this vision to achieve a seamlessly and comprehensively integrated ASEAN.

India and Japan, supported by multiple African and Asian countries, launched the Asia Africa Growth Corridor (AAGC) in 2017, with the aim of facilitating and enhancing economic growth in Asia and Africa. Here, the priority is placed on developing institutional and human resource capacity, connecting institutions with people, facilitating trade and improving technology and infrastructure on both continents.

Unveiled in 2013, the Belt and Road Initiative (BRI) has an overarching goal to promote connectivity among the Asian, European and African continents and their adjacent seas. This is to be pursued by establishing and strengthening partnerships among member countries and realising diversified, independent, balanced and sustainable development. Financially, the BRI is mostly backed by strong financial resources commitments from China.

In the North, the Greater Tumen Initiative (GTI) is a regional cooperation mechanism between People’s Republic of China, Republic of Korea, Mongolia, and Russian Federation, supported by the United Nations Development Programme (UNDP).  The GTI prioritises development and economic cooperation in the Greater Tumen Region through eight transport infrastructure plans and a logistical network among GTI countries. Similarly, the Central Asian Regional Economic Cooperation (CAREC) offers connectivity between Northern Asia and Central Asia.

South Korea’s New Southern Policy (NSP) leverages ASEAN and India as its key regional partners and as a strategic priority for South Korea.

As a significant partner of Asia, the European Union has put in place building blocks towards an ‘EU Strategy on Connecting Europe and Asia’ with concrete policy proposals and initiatives. It will be an important factor for Indo-Pacific as it seeks to improve and standardize the regulations around sea, air and land connectivity between Europe and Asia. The EU approach towards connecting Europe and Asia is sustainable, comprehensive and rules based. The initiatives aim to improve connections between Europe and Asia by establishing partnerships for connectivity based on commonly agreed rules and standards and contributing to address the sizeable investment gaps through improved mobilisation of financial resources and strengthened international partnerships.

The United States of America has initiated the Infrastructure Transaction and Assistance Network (ITAN) that provides capacity building programmes to improve partner countries’ project evaluation processes and project implementation capacities, advisory services to support sustainable infrastructure and, coordinate United States assistance support for infrastructure in the region. The Transaction Advisory Fund (TAF) and Global Infrastructure Coordinating Committee (GICC) are the tools that USA has deployed in the region for technical assistance and development finance.  The Asia Reassurance Initiative Act of 2018 (ARIA) providing US$1.5 billion for 5 years until 2023 is important part of United States policy for the Indo-Pacific.

If the Indo-Pacific architecture is aimed to ensure a secure, stable and prosperous region for its people, then putting the strength of different connectivity plans behind shared principles of financing, development goals and governance mechanisms is imperative. This will create commonality of purpose and synergy among the different connectivity plans in the Indo-Pacific region. Importantly, common governance rules and standards will address issues of sustainable financing and quality infrastructure, transparency in project preparation and accountability in project execution. These issues have emerged from the implementation of connectivity plans in Asia, Africa, Europe and the Pacific, and require addressal through a suitable institutional mechanism.

Besides these pivotal issues, the transformational changes in global governance, international relations, aspirations of young demography, technological connectivity and future of work are also driving this approach towards connectivity plan.

If connectivity is to be the strategy for growth in the Indo-Pacific, then it is essential that governance mechanism(s) should reach and monitor its various aspects and actors. The practical aspects of trans-regional connectivity also call for a unified or common regime for the carriage of goods and people across continents.

Agreeing to global/regional cooperation mechanisms for regulatory standards and sustainable financing will be a challenge.  The objective here is to enhance economic and social well-being among people and create trust among partners.

The challenge is to find the necessary impetus to create global standards and governance rules for connectivity plans. This can be drawn from the broad commitment to put people and their prosperity at the core of connectivity programmes. When connectivity plans converge with national, regional, and global development priorities, monitoring of plans will likely become easier. These will also guide in developing the mandate for the institution under construction. Closer integration with initiatives such as the Multilateral Cooperation for Development Finance will create synergy of objectives from an early stage.