Cambodia's Chair: Trust and Tasks Ahead 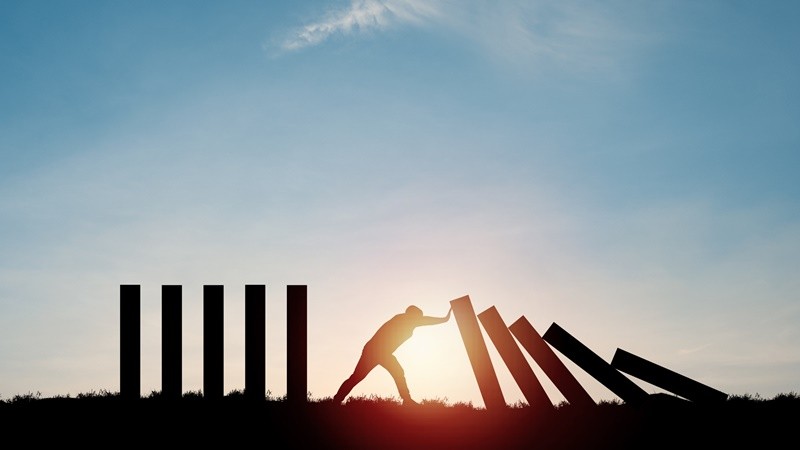 By Mr Kavi Chongkittavorn, Senior Communications Advisor:  Cambodia's reputation in regional and international affairs has long preceded Prime Minister Hun Sen's recent trip to Myanmar. Indeed, to be fair, the two-day visit was an ice breaker to create much-needed space for all the Asean 10 to get together once again.

Due to the 2012 incident during Cambodia's second Asean chair, he has to carry this heavy burden throughout the coming 12 months to assure the grouping that he is acting in good faith and most importantly on Asean's behalf and the regional interest. It will not be easy. Frankly speaking, except for a few countries, others do not want to see Hun Sen succeed in his unconventional approach. Deep down they hope he fails to reinforce the narratives that Cambodia can be trusted and that it is not acting on behalf of foreign interests.

The Asean chair has recently announced a lengthy to-do list for the rest of the year comprising four clusters of key challenges, namely the Covid-19 pandemic and recovery from its impacts; the impacts from the superpowers' rivalries; existing cross-border issues such as the Myanmar crisis and the South China Sea conflict, transnational crime and terrorism; and finally Asean internal and institutional challenges. In addition, there are numerous issues related to all three pillars of the Asean Community that need to be assessed and strengthened. These agenda items will keep the chair busy.

However, for Prime Minister Hun Sen, the success of his Asean chair would be determined by three major issues -- progress on the Myanmar crisis and negotiation of the codes of conduct in the South China Sea and operationalising the Asean Outlook for the Indo-Pacific (AOIP). Just a week into his chairmanship, he went to Nay Pyi Taw to pave the way for bringing Myanmar back into the Asean family.

He has repeatedly said that as a member of Asean, Myanmar has the right to attend Asean meetings. The "togetherness", he posited, is very important for Asean unity. Just two Asean members were not happy with the chair's decision to invite Myanmar's foreign minister Wunna Maung Lwin to the upcoming retreat. In fact, he could join the Asean-related meetings without the invitation. In the past four months since the decision in October to bar his boss, Senior General Min Aung Hlaing. Wunna Maung Lwin voluntarily skipped key summits on behalf of his boss. Of course, no Asean leaders expect the junta chief to join Asean meeting anytime soon. After all, the 40th and 41st summits will be held back to back in early November. By then, there would be "progress" in implementation of the five-point consensus that would change the Asean decision of Oct 2021. Singapore's Prime Minister Lee Hsien Loong was succinct in reiterating that without any progress, the Asean decisions regarding the junta leader's participation would not be changed.

No Asean chair has received such harsh judgement as Cambodia in its just-assumed role. Most of the critics said his action would split Asean and recognise the brutal regime. That could be the pathway if nothing is done to try to improve the situation. Obviously, before the new chair kicks off its whole gamut of programmes and activities under the Asean name, Cambodia needs first and foremost to restore the sense of trust and camaraderie among Asean colleagues at all levels.

Over the past two years and due to the pandemic, the grouping's leadership rapport has been backsliding. Conversing on screen without seeing body language can be very misleading. Certainly, meeting virtually saves time but lacks the kind of personal touch and intimacy that gain results and mutual trust. That helps explain why Cambodia has insisted that the retreat must be face-to-face. This has been postponed to the first week of February although the senior official meeting will be held virtually on Jan 18 as scheduled. The Siem Reap rendezvous would clear up key issues especially about the credentials and representation of Myanmar.

At the ministerial retreat, Deputy Prime Minister and Foreign Minister Prak Sokhonn must try his utmost to rejuvenate the friendship and bonds among his colleagues. Last year, Myanmar's quagmire disturbed Asean members' unity and solidarity. Under the Cambodian chair, it is pivotal to ensure that all Asean leaders are on the same page as far as the grouping's objectives are concerned. Each member still retains its sovereign right to express views independently. However, despite their differences, they have often agreed on a consensus. Once agreed, Asean has never reneged on any consensus.

Without mutual trust, it will be difficult for the current chair to get things done because of the lack of consensus. Last year, the tussle over the appointment of an Asean special envoy among key Asean members was a good case study. At the pre-senior official meeting on Jan 5, the Asean leaders welcomed the appointment of Prak Sokhonn as special envoy of Asean to succeed Second Foreign Minister Erywan Yusof from Brunei. They also discussed Hun Sen's proposed visit to Myanmar and they were very eager to be briefed on the outcome. As a formality, the chair also has sought a consensus for the special envoy.

Obviously, Cambodia has to work on the so-called togetherness of all Asean leaders. In addition, more than before Asean countries have to speak in one voice due to the three summits scheduled to be held in the region -- Cambodia's Asean-related summits, Indonesia's G20 summit and finally Thailand's Asia Pacific Economic Cooperation Leaders Meeting. November will be the region's most significant and busiest month of this calendar year as global leaders will crisscross and converge in the region.

Over the past few days reports surfaced among Asean diplomats that they were bickering on the summits' schedules. It was disheartening to hear that. The Asean leaders know all too well that it will be difficult for the most powerful world leaders, especially those from dialogue partners, to spend nearly a week attending all the meetings unless there are high-level coordinating efforts to realign the dates so that the powerful guests can attend all events.

As such, there would be some level of diplomatic pressure among the Asean members as this is a rare opportunity to showcase their countries and resilience. That is understandable, but it must not turn toxic and subsequently yield unintended consequences that could bruise Asean's profile and harm bilateral relations.

One positive development is that the chair has to establish a rapport with the UN special envoy to Myanmar, Noeleen Heyzer. She did have a good inaugural session with the chair last week pledging to work together closely to bring about the implementation of the five-point consensus. In addition, Cambodia has already proposed the setting up of a troika mechanism, comprising past, present and future Asean chairs together with the secretary general of Asean. Together with all concerned parties, the immediate priority is to find a way to halt the violence and maintain the ceasefire in Myanmar while pursuing the grouping's five-point consensus and bringing in humanitarian assistance. At the moment, fighting continues unabated between the Tatmadaw and resistance groups.

Ms Heyzer, a Singaporean social scientist and former Escap chief, is no stranger to the region. She worked closely with the late Surin Pitsuwan, former secretary general of Asean during the Cyclone Nargis crisis in 2008 to provide humanitarian assistance to affected villagers in the Irrawaddy Delta. Her hands-on experience will be a big asset in bridging the gap between global and regional aspirations as well as realigning overall work plans. Last year, the UN could not do much except reflect on the situation in Myanmar with nearly a dozen meetings at the UN Security Council level.

The upcoming retreat is extremely important to set the common Asean agenda that will be used to engage with the dialogue partners and the UN. To proceed with the full implementation of the five-point consensus, all stakeholders fighting in the field must take a seat at the table sooner or later. It is a good start that the special envoy is scheduled to visit Myanmar after the retreat to get the ball rolling.