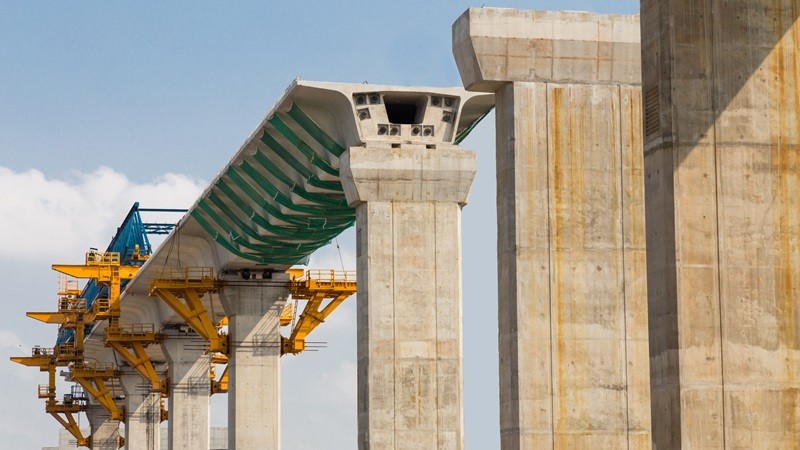 The short supply of infrastructure in majority of emerging economies wasan alarming issue recently due to its impeding effect on economic growthand quality of life. Sole reliance on public funding is impossible in meetingthe increasing need for infrastructure. Estimates reveal that Asian emergingeconomies should spend eight percent of GDP to maintain a six to sevenpercent growth. Yet, the actual level of infrastructure spending in majorityof these emerging economies is only one-half or about four percent of GDP.The situation leads to the urgency to call for private participation to fill thegap, including privatisation and public-private partnership (PPP).

However, private sector participation requires certain basic conditions: theproject should have an acceptable return on investment and a tolerablelevel of risk. This means that not all types of infrastructure projects canattract private investors, and the condition of associated risks shall beoptimally arranged.

Projects under a PPP scheme require strong public leadership. Whenprivate investment finances an infrastructure project, whether it is a PPPscheme or contracted out by government, fiscal contribution from publicsector is involved. The contribution could be on a cash basis, such asviability gap funding, availability payment, subsidies, etc., or in the form ofin-kind support, such as land provision, project development facility,guarantee fund, and others. Some types of risks borne by the public sectorcan also imply fiscal liabilities. Consequently, the role of the public sector iscrucial and should be understood appropriately.

Infrastructure development works under the system that is substantiallysimilar with other industries. The industry can be expected to workefficiently and effectively if the size meets economies of scale, hascomplete components, and works within an appropriate regulatory framework, as typically shown in Figure 1. The infrastructure industry is farwider than the construction industry; the former consists of the main pillarsof industry - the owner, the users, the financiers, and the constructioncompanies - that are regulated under a supportive regulatory frameworkand backed by intermediaries which serve an effective channellingmechanism and advisory services.

The infrastructure industry in emerging economies either is not largeenough or has an incomplete system. The players will come into the marketwhere there is sufficient demand for business. This is a fortunate thingbecause the government can create the demand, as infrastructure is a basicrequirement for growth. Insufficient infrastructure demand in an economyis usually caused by the government either putting less priority oninfrastructure development or trying to act as a single player in the market.The latter is typically associated with a misperception of the role of thepublic sector to provide public goods. There are two common mistakes inunderstanding this concept; the government (i) misunderstands theconcept of public goods - that private goods are often treated as publicgoods, or (ii) thinks that becoming a provider means becoming aconstructor.

The importance of a sufficient and complete infrastructure industry isobvious. It will reduce transaction costs, improve efficiency, and provideadequate demand through an effective network of market players, anaccumulation of knowledge in the domestic market, and better allocationof limited resources. This includes privatising private goods, unbundlingnon-core tasks of the public sector, and subsidising public goods that canmaximise socio-economic welfare. Only the government has authority to dothese actions.

One substantial action is to show that the government is highly committedto build its national infrastructure industry. The purpose is to attract privateplayers to establish a long-term market role in the country. Thegovernment's task is to convince potential players that the country isputting serious effort to develop a thick market and a perpetually sufficientsystem for the infrastructure industry.

There are two critical strategies here, namely, (i) offering the market with agood project pipeline under a good regulatory system and in line with theprivate sector's core competence, and (ii) providing long-term and stablededicated funds for infrastructure development. The first strategy willimprove market efficiency, where the roles of the public and private sectorsare made clear. Government can save its limited resources to focus on itscore competence and, by doing so, will become more qualified to handle itsjobs. The second strategy will convince the market that infrastructuredemand will be more predictable and long lasting. Hence, the market willsee that it is advantageous to establish a branch in the country or topartner with local companies, and to be more active in the bidding process.