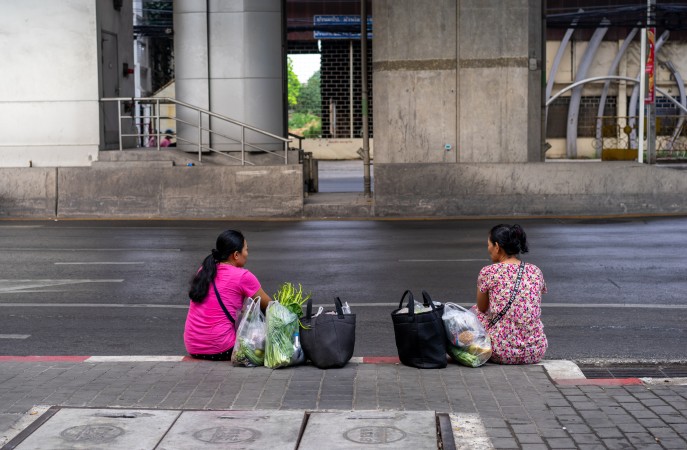 Thailand's human rights record will be the subject of global scrutiny on Nov 10. The members of the UN Human Rights Council will examine the country's performance during its third universal periodic review (UPR). It will be an extraordinary event for Thailand as it is battling both domestic political turmoil and the coronavirus pandemic, which has allegedly led to numerous unwarranted violations of human rights.

In Geneva, where the review takes place, the Thai government's management of these two key issues, among others, will be evaluated by its international peers. Their comments and recommendations will serve as a barometer of the international community's perception of Thailand's rights situation.

Reading through the reviews submitted by the Thai government, the experts and academics and civil society organisations for the upcoming UPR, one can easily conclude that Thailand could do a lot better if all concerned agencies worked together with the stakeholders to promote and protect human rights inside the country.

What has been amazing is the display of good intentions and common goals of the government and other stakeholders to see Thailand's human rights records elevated to universal standards. Somehow, this noble objective remains elusive because the government's agencies do not work in tandem with civil society organisations.

A good case study would be the current effort to pass necessary laws to fight against torture and enforced disappearance. If all concerned parties were to consult more and work together with lawmakers, civil society organisations and victims, the draft laws would be acceptable to all sides. Most of all, it would not have dragged on for 14 years.

At this critical juncture in Thai history, all concerned partners must now step outside their comfort zones and meet each other more often for dialogue and consultation. The purpose is not to meet each other halfway, as the Thais often do when they encounter unsettling challenges. Instead, they enter into knee-jerk compromises that do not last and then face the consequences when these inevitably rear their ugly head.

When it comes to human rights, especially basic rights to have a decent life with dignity, nothing can be compromised. It is essential that all Thai stakeholders, especially the young, join hands to sort out the country's priorities that need to be given full attention. Otherwise, all the goodwill and good intentions invested by all partners would turn sour as they talk past and not with each other.

Sometimes one has the feeling that at the moment, the whole of Thai society is sliding down an alley of darkness towards the abyss, not knowing what will come next. Therefore, to provide a clear picture of Thailand to our own people and to the international community, the upcoming third-cycle UPR is the perfect time for Thailand to come clean and move forward to a new era that will embed truly liberal democratic values with full protection of human rights. All sides must cooperate and pursue recommendations that best fit the Thai cultural and social context.

Going through the reviews by the Thai government and comparing these with those submitted by the civil society organisations, there are points of convergence and divergence. Obviously, the government's version is all about the so-called half-full bottle narrative of efforts to implement international recommendations. For the civil society organisations, however, the description is often of the half-empty or sometimes near-empty bottle kind. This is often the case because even though relevant organisations have the same information and data, interpretations and analyses are markedly different. Thai civil society organizations are serious and view human rights as absolute.

Take for example, the government's handling of Covid-19 which has won both admiration and harsh criticism. In the government's view, the measures deployed throughout the pandemic have to be balanced between public safety and economic well-being. It has to juggle these two goals adroitly as dictated by the ever-changing virus infections. In some quarters, they might be perceived as inconsistent and lacking direction as the government tried to gauge public sentiment regarding their own safety and society at large.

As the government has to calibrate its response all the time, the repeated extensions of emergency measures since the outbreak have been perceived by human rights advocates as well as some Western countries as concerted efforts by the authorities to quell dissenting voices and demonstrations.

However, the government's mismanagement of the inoculation programme including vaccine procurement plans and alleged corruption during the first quarter of this year disastrously upended all the good work and reputation the country had earned through the sacrifices of frontline doctors, nurses and volunteer health workers.

In retrospect, public health security should be the foundation of a new narrative of Thailand as a caring and sharing society, which will form the basis for a more equal society for all. With proper health care, all Thais can then fully participate in their social and political lives. However, this momentum has been lost because the current top echelons fail to set forth future visions that everybody could share and would be part of.

Thailand has received 187 recommendations during the previous reviews on how to improve the overall human right conditions in this country. Some of them are still a work in progress. This year, the international community would also like to know the government's reactions on issues related to constitutional reform, freedom of expression as well as political rights. For the past several months, news headlines have been dominated by the street protests of youth and activists who seek reforms and dramatic changes in Thai society.

Thailand is hosting next year's Asia-Pacific Economic Cooperation Leaders' Meeting. The 22 leaders from various economies will have to decide whether to attend the summit next November. One important criterion will be the country's stability and rule of law. The infamous events of 2009 damaged Thailand's international reputation. In the past decade, the country has gradually rebuilt trust and credibility within the international community.

It is incumbent on the government to see to it that history does not repeat itself and that all of us can work together and launch the post-pandemic Thailand that everybody can be proud of.