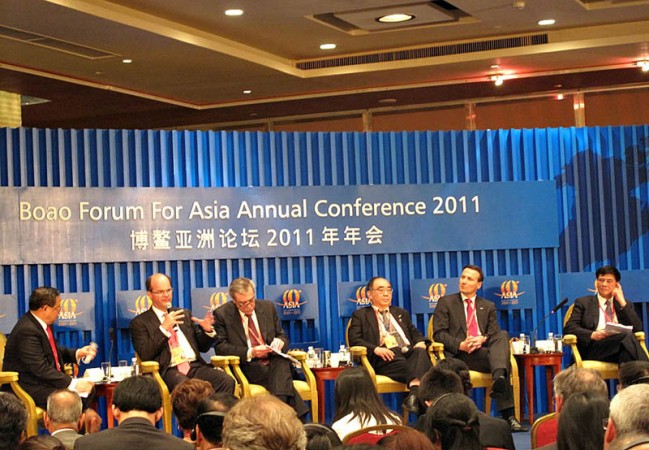 The Boao Forum for Asia Annual Conference 2011 was held in Boao, Hainan Province, China from 14 to16 April 2011. The main theme of this year was "Inclusive Development: Common Agenda & New Challenges".

It was opened by President of China, Mr. Hu Jintao. Other heads of states and government leaders, prominent people in business and political community of the world also attended the forum.

Mr. Hidetoshi Nishimura, Executive Director of ERIA, attended the forum as a panelist for the session "Global Shift of Industries: What`s Next ?". Mr. Nishimura pointed out some key issues by sharing the observation on the global shift of economic activity from the viewpoint of East Asia. Regarding Inclusive Growth, Mr. Nishimura highlighted that enhancement of production networks which ERIA proposed in the CADP is a useful measure for simultaneous achievement of deepening economic integration and narrowing development gaps.

On16 April, Mr. Nishimura had a Special Breakfast Session with Hon Bill English, Deputy Prime Minister of New Zealand (Photo 4). They exchanged views on the progress of ERIA since its establishment.