Behind the Scenes: Thailand's IPEF Talks 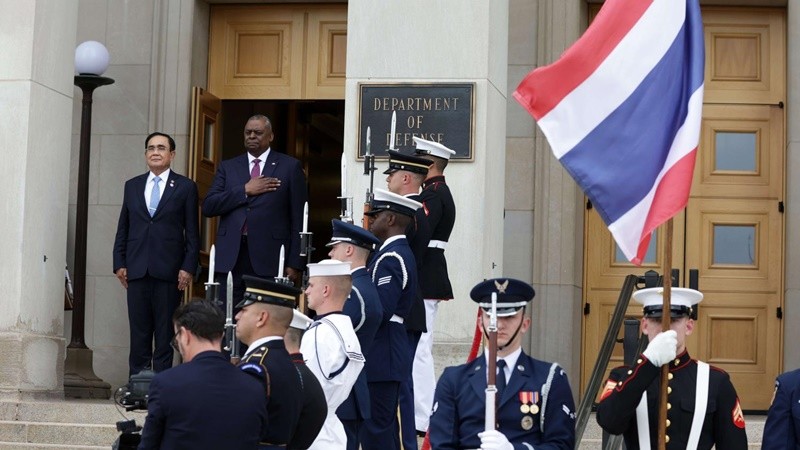 By Mr Kavi Chongkittavorn, Senior Communications Advisor:  At the weekly cabinet meeting last week, item No.15 was one of the most important issues up for discussion. This concerned a planned statement on the Indo-Pacific Economic Framework for Prosperity (IPEF) proposed by US President Joe Biden. The cabinet was quick to agree that Thailand was named as a signatory when Mr Biden announced the new trade agreement during his visit to Japan.

The decision came as a big surprise for analysts and pundits all too familiar with the long-standing recalcitrance of the Prayut administration about joining the long-awaited Comprehensive and Progressive Trans-Pacific Partnership (CPTPP). Over the past two years, the government's coalition parties have been squabbling about the pros and cons of negotiating to join the CPTPP dragging down efforts to expand free trade networks. Given current domestic political conditions, the government does not want to raise the wrath of farmers and agricultural groups as their livelihoods would be negatively impacted despite repeated government pledges to provide compensation and subsidies.

During the meeting, cabinet ministers were told that the statement on the IPEF expressed, in simple terms, the country's desire to join talks on the new US economic proposal and ways to move forward. 'If there are amendments in the [US] announcement on parts that are not substantive or go against Thailand's interest, the Ministry of Foreign Affairs is allowed to consider them without further cabinet approval,' read the government's press release.

The cabinet also made clear that the talks on IPEF will focus on four priorities to promote economic security and sustainable development in the Indo-Pacific. These are matters involving trade and investment, supply chain resilience, decarbonisation and clean energy as well as taxation and anti-corruption. Mr Biden will announce the launch of the IPEF in Japan ahead of the Quadrilateral Security Dialogue or Quad summit.

In the coming days, these four broad areas will be further discussed in greater detail by signatories on a voluntary basis, according to the website. Should any Thai government department like to proceed with negotiations, a cabinet decision is first required. In a nutshell, the IPEF is still a work in progress to draw in new partners who want to be part of this new economic creation.

When the initial IPEF idea was proposed last October during Mr Biden's virtual meeting with Asean leaders at an Asean-US summit, he disclosed the US is preparing a new economic framework to increase economic engagement with the Indo-Pacific region after the US pulled out of the Trans-Pacific Partnership in 2017. Since then, discussions have been held among small groups of countries, namely the US, Japan, Australia, New Zealand, Singapore, and Vietnam, all members of CPTPP to initiate a new trade bloc.

However as time went by, some of the participating countries, felt that the scope and membership of the new framework were too narrow and selective. As such, it would dissuade other countries in the region from taking part. At best, it must be inclusive to promote economic cooperation, not as a disguised security bulwark against a third party. At this juncture, with the war in Europe, the US wants to strengthen ties and cooperation with allies and friends in all areas.

Kudos must go to Japan for convincing the US that the new multilateral trade and investment framework should be open-ended and inclusive in nature. The US agreed and decided to welcome more regional economies to join in as signatories. In the weeks ahead of the special Asean-US summit, interested Asean countries increased to include Indonesia, the Philippines, Malaysia, and Thailand. South Korea, which has expressed the desire to join CPTPP, earlier committed to the IPEF talks.

Raison d'etre abounds to comprehend the Thai cabinet's surprising decision to enter the IPEF talks. First of all, it stemmed from an abortive effort to join the CPTPP as a latecomer. Now the UK, China, South Korea and other countries are on the waiting list. It will be years before other new members would be considered. As such, Thailand realises that it would be too late to associate with the CPTPP. As a signatory to the IPEF, it could shape rules and regulations to reflect Thai and regional interests.

In addition, for the past few months, Thailand has been assessing the possible political cost of taking part in the IPEF talks. The government is confident that there would be no public objection because Thailand will join other interested countries at the starting line. If there is anything that does not look palatable then Thailand could just throw in the towel.

It is interesting to note that Thailand's quick decision came after Thai-US relations improved. Last week, representatives from the two countries' Foreign Affairs and Defence ministries held their first strategic and defence dialogue in Washington, which they should have done a long time ago. Meanwhile, Thailand also realised that this is a good opportunity to negotiate with the US as an equal in a major trading bloc.

At the special Asean-US summit, Thailand outlined its future development strategies to ensure the success of a speedy recovery post-pandemic. Creating an international environment that is conducive to promoting mutual trust and strengthening a resilient supply chain is an important priority. Therefore, it is important to enhance sustainable development through a transition to a society based on clean energy and low carbon use. Prime Minister Prayut Jan-o-cha also urged all countries to work together to take up new development approaches, which Thailand has strongly advocated with the Bio-Circular-Green economic model, known as BCG. As the current chair of Apec, Thailand is pushing hard to garner support for the joint statement that will emphasise the BCG at the end of the Apec leaders' summit in November.

In addition, the IPEF provides a good platform for Thailand to put forth its national policies as outlined in the 13th Nation Economic and Social Development Plan (2023-2027) and realign them with international platforms. Political pressure from civil society organisations, private sectors, and grassroot groups will be lessened as Thailand can now leverage regional and global issues with other major economic partners.