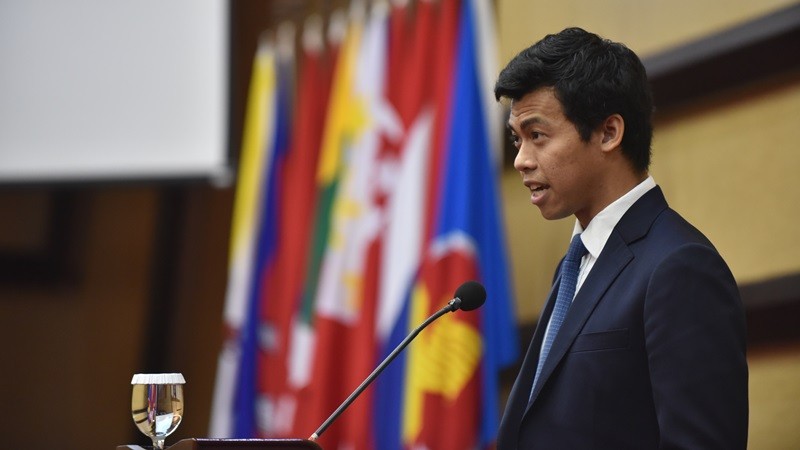 Jakarta, 3 December 2018:The ASEAN Secretariat and Economic Research Institute for ASEAN and East Asia (ERIA) and co-hosted an event to commemorate the legacy of the late Dr. Surin Pitsuwan, who served as ASEAN’s 12th Secretary-General from 2008-2012, at the ASEAN Secretariat in Jakarta, Indonesia.

At the event, Dr Surin’s family members, close friends, and high-ranking speakers from across Southeast Asia highlighted his pivotal role in raising the profile and prominence of the regional organisation on the international stage.

'Dr Surin and I had overcome several difficulties together from the very start of ERIA. After retiring as Secretary-General of ASEAN, he was very engaged as a Special Advisor to the President, providing guidance and inspiration,' said the President of ERIA, Professor Hidetoshi Nishimura.

In his own tribute to the late Dr Surin, the current and 14th ASEAN Secretary-General Dato Lim Jock Hoi said, 'Indeed, Dr. Surin has left behind an indelible mark on the pages of ASEAN’s history. He altered the political landscape of ASEAN, particularly in some of its most difficult moments. He was determined to see that everything ASEAN does would benefit the ordinary citizens.'  Dato Lim added, 'Dr Surin was a strong supporter of ASEAN economic integration, always believing in the region’s inherent dynamism to contribute to the global economy.'

One of Dr. Surin’s profound marks in the ASEAN community was his advocacy for regional integration and peace in addition to his engagement with the civil society organisations. Dr Surin was widely credited for the establishment of the ASEAN Coordinating Centre for Humanitarian Assistance (AHA Centre), which plays a vital role in mobilising resources in the event of large-scale disasters in the region.

Dr Surin was also instrumental in establishing ERIA in 2008, realising that ASEAN would need a world-class research organisation that will generate intelligence regarding the challenges for economic progress and prosperity of the region. It has been announced that Dr. Surin will receive the Memorable Prize of the 4th Asia Cosmopolitan Awards held by ERIA for his significant contributions toward ASEAN’s development through his passion and efforts in making ASEAN a people-centred community.

Dr Surin’s leadership is acknowledged as a memorable part of ASEAN’s journey and one that has significantly influenced the organisation’s international renown. The tribute forum hopes to carry on Dr Surin’s spirit and enthusiasm in creating a unified and peaceful ASEAN as the regional organisation forges ahead with the next phase of regional integration.