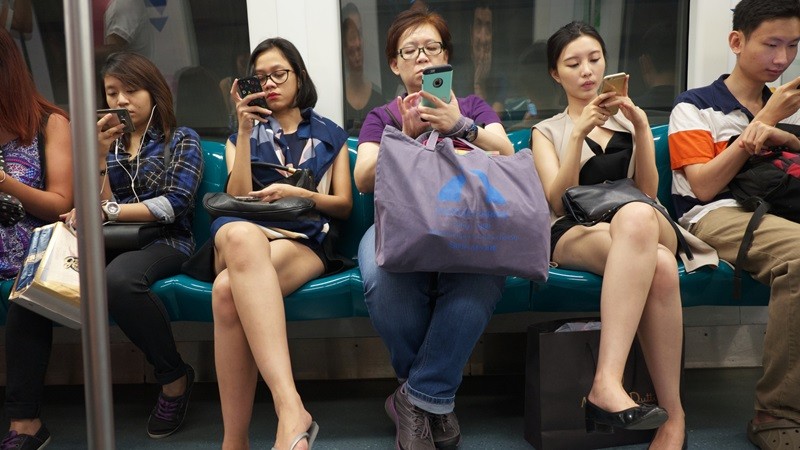 With the emergence of the digital economy driving economic growth and creating new business opportunities around the world, how can the ASEAN nations catch this wave and ride it? What obstacles do they need to overcome to participate fully in regional and global e-commerce?

Over the past decade, there has been a global boom in e-commerce, driven by rapidly expanding middle classes, increasing Internet penetration, and the widespread adoption of smart phones around the world. With the dramatic success of giant e-commerce businesses such as Amazon and Alibaba, many other businesses around the world are poised to capitalise on these new opportunities. The United Nations Conference on Trade and Development (UNCTAD) estimates that in 2015, the total global value of e-commerce transactions stood at around US$22 trillion, with this expected to grow at the compound rate of 19.42% in the period from 2016 to 2020, projected to amount to more than US$ 44 trillion in 2020.

While the US has dominated the e-commerce sector since its inception, China is one of the few Asian nations to have a strong presence, with both the establishment of strong e-commerce platforms and their widespread acceptance by consumers. Other markets, including those in the 10 Southeast Asian nations, still remain relatively undeveloped. With more than 600 million people living in this region, approximately 8.8% of the world's population, and more than half of the population are under the age of 30, this region holds massive potential. According to a joint study by Google and Temasek Holdings Pte, there will be a 16-fold increase -slightly lower than the aforementioned global projection- in the value of e-commerce transactions in Southeast Asia by 2025. While the potential is evidently enormous, a number of constraints currently impact the region's ability to reap all the benefits including the availability and reliability of Internet connections and of logistics services; the existence and effective implementation of appropriate legal frameworks; and the availability of the necessary human capital.

At the preliminary stages, participation in e-commerce may require little more than intermittent access to the internet through mobile devices such as smartphones, and perhaps a desktop or a laptop. However, more advanced development requires an internet infrastructure sufficient to enable full participation in cross-border markets at regional and global levels. A recent World Bank development report emphasised the importance of the "middle mile" which requires liberalising markets to build and operate backbone networks and encouraging open access. The development of these networks is contingent on other infrastructure, including roads, railways, and energy distribution, which will facilitate the development of optical fibre links, internet exchange points, and local caches.

Similarly, the provision of reliable and efficient logistics services is dependent on the quality of roads and port infrastructure which determines the extent to which web-based and other e-commerce services can penetrate particular countries or regions, including the most remote regions. In these areas, almost all ASEAN countries need to make significant improvements, as indicated by their relatively low ranking in performance indices such as the Logistics Performance Index and the Global Competitiveness Index. To address these weaknesses, the provision of sustainable public funding is crucial to enable most ASEAN nations to address infrastructure deficits without recourse to public-private partnership schemes.

In addition, policy and regulatory frameworks need to be strengthened to provide strong legal foundations for the development of the e-commerce sector. While a number of ASEAN nations have made significant efforts to develop these frameworks, the quality of implementation varies widely. In particular, stronger emphasis needs to be placed on addressing cybercrime. It should be emphasised that these frameworks must be flexible and open to revision in response to ongoing developments. Given the rapid evolution of the sector, it is extremely likely that there will be an ongoing need for policymakers to address the impact of new innovations as they develop.

For example, the Indonesian government has been challenged by the sudden emergence and extremely rapid growth of GO-JEK, which was initially launched as an online application-based motorbike taxi service but rapidly morphed into a provider of a range of other services. The emergence of GO-JEK met with opposition from conventional taxi businesses, who felt that the largely unregulated nature of this new service placed them at a distinct competitive disadvantage. While the Indonesian government has made steps towards imposing price controls and fleet restrictions, these measures appear to be ad hoc, short-term measures that have proved to be largely ineffective. This case emphasises the need for the government to adopt comprehensive, adaptive solutions that provide incentives for entrepreneurs to innovate while at the same time providing a sufficient degree of regulation. In particular, with the ability of e-commerce to facilitate transactions across borders, it is vital to harmonise regulations between countries to catalyse further development of e-commerce in the region. This could be achieved by utilising a number of instruments developed by ASEAN, such as the ASEAN Economic Community 2025 Blueprint and the ASEAN ICT Master plan 2020.

Finally, the growth of e-commerce is dependent on ASEAN's human capital, which can only be strengthened through the provision of appropriate education. Improving the quality of education may require substantial changes to the educational system, including reforming the curricula and the management of the sector, together with measures to upgrade the performance of teachers, educators, researchers and academicians. In particular, greater emphasis should be placed on vocational education.

For ASEAN to reap the full benefits of the rise of digital technology, all of its member nations, separately and jointly, must strive to make improvements in all these four areas. They must see this as an opportunity to adapt, evolve, reform and innovate not only to reap the benefits of e-commerce, but to lay the foundations for sustainable development more generally into the future.

This opinion piece has been published in The Phnom Penh Post. These opinions are her own and do not necessarily represent ERIA. Click here to subscribe to the monthly newsletter. 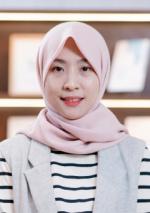 Yuanita Suhud has been working as a Research Associate since December 2015. Prior to joining ERIA, she worked as a research assistant for the Environmental Management and Development Program, at the Australian National University (ANU). She holds a master of studies degree and a graduate diploma from the Australian National University (ANU) where she enrolled on a full scholarship from the Ford International Fellowships Program. Her key interests span a broad spectrum of development topics, with a special focus in growth, development, and welfare. Yuanita is currently supporting ERIA's senior economists conducting projects on ASEAN at 50 and energy policy in Asia Pacific.