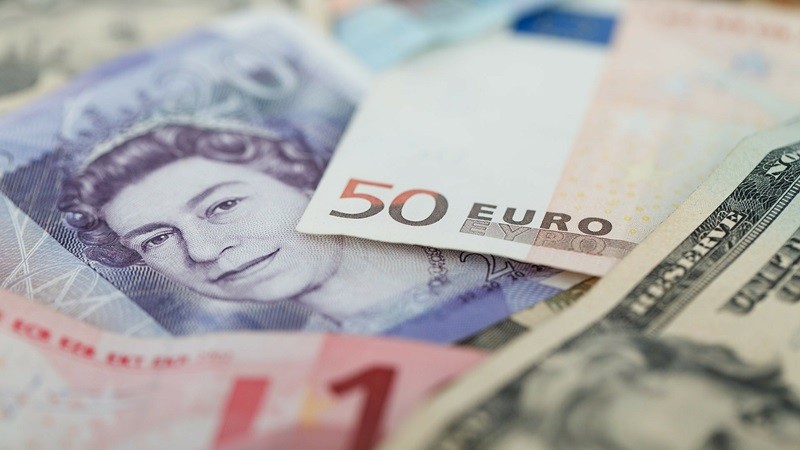 ASEAN members must remain vigilant to ensure a stable 2017 follows their solid 2016, and are cautiously observing the latest developments in the world economies, particularly in the US, China and Europe.

In 2016, ASEAN's economies posted healthy economic data, with good GDP growth and relatively low inflation. Focusing on the three largest markets in the region, which together make up approximately 65 percent of the ASEAN economy, Indonesia posted 5 percent growth in 2016, Malaysia 4.2 percent and Thailand 3.2 percent.

But this year, ASEAN nations must brace themselves for a series of potential shocks from across the globe, while maintaining stability and also factoring in several domestic economic weak spots.

From the US, a tightening of monetary policy, a shift towards protectionist trade policies, and expansionary fiscal policies could hurt the international flow of capital. While expansionary policies stimulate growth, they are likely to be financed through the issuance of new US government bonds, which could pull capital from emerging markets.

ASEAN is also closely monitoring China's financial stability, as credit growth remains high and spending on infrastructure and property construction rose in the second half of 2016. If the construction bubble bursts, ASEAN nations fear the financial shocks will reverberate throughout the region.

Elsewhere, political developments in Europe, including the uncertainties of Brexit and the rise of populist, far-right and anti-EU politicians in Netherlands and France, could hit world trade volumes. Finally, the recent increases in the prices of oil, LNG, refined petroleum products and rubber threaten to push up inflation in ASEAN countries.

So far in 2017, the ASEAN central banks that have already announced interest rate decisions - Indonesia, Malaysia, Thailand and the Philippines - have all held flat their benchmark rate, citing the need to maintain stability and growth momentum.

Last month, Bank Indonesia held its seven day reverse repo rate at 4.75 percent, unchanged since October 2016. The decision takes into account an improvement in GDP growth fuelled by healthy growth in private consumption and an improvement in the current account deficit to GDP ratio. This latter indicator narrowed to -1.8 percent in 2016 compared to -2 percent in 2015, the result of an increase in exports.

However, the financial system remains vulnerable, as indicated by worsening data on non-performing loans. Indonesia's non-performing loan ratio increased in 2016, with the average monthly rate at 3 percent versus 2.6 percent in 2015. Essentially, this means more debtors are defaulting on loans. At the same time, credit growth - the amount of money loaned out by commercial banks - in December 2016 was only 7.9 percent, lower than 10.5 percent in December 2015, suggesting businesses have little appetite to expand.

Last, inflation - although on target - is seeing upwards pressure from the Indonesian government's increases in vehicle registration fees and electricity tariffs in early 2017, as well as the rebound in commodity prices.

In Thailand, the central bank in February held its headline interest rate flat at 1.5 percent and expects the economy will recover at a faster pace in 2017, on the back of 2016's growth in exports and tourism. The value of Thailand's exports rose by 4.5 percent in 2016 versus 2015, driven by increased exports of processed agricultural and seafood products and manufactured goods. Tourism is expected to perform well again this year, with tourist numbers having risen 9 percent in 2016 versus 2015.

And on March 2, Malaysia also held its benchmark rate steady at 3 percent, unchanged since July 2016. As with its neighbors, Malaysia's robust growth is also driven by an expansion in private consumption and an increase in the value of exports - due to an increase in both commodity prices and volumes - including LNG, refined petroleum, timber and rubber.

In addition, the stabilization of the ringgit against the US dollar and higher sovereign bond prices in the first two months of 2017 indicates improvement in Malaysia's financial system stability and increasing confidence in the government.

Given the current trends in ASEAN's top three economies, it is clear that although these economies gained momentum and stabilized in 2016, there are vulnerabilities in the system that mean monetary authorities must remain vigilant in navigating the economy in 2017.

ASEAN central banks should explore the possibility of maneuvering in the realm of macro-prudential policy to keep alive this growth momentum in 2017. This could, for example, include lowering the reserve that banks must hold, thus freeing up more money to be injected into markets, or increasing the loan to value ratio, enabling consumers to borrow more with a smaller downpayment. Both measures would create more credit in the market and keep the heat in the economy while minimizing central banks' direct intervention in the money market and the increase in inflation this could trigger.

But with inflation already on an upwards trend and global interest rates seeing upwards pressure - the US is expected to raise its rate imminently, possibly on March 15 - there is no room for further benchmark interest rate cuts.

This opinion piece has been published in The Jakarta Post, Malay Mail Online, and The Straits Times. These opinions are his own and do not necessarily represent ERIA.Click here to subscribe to the monthly newsletter.