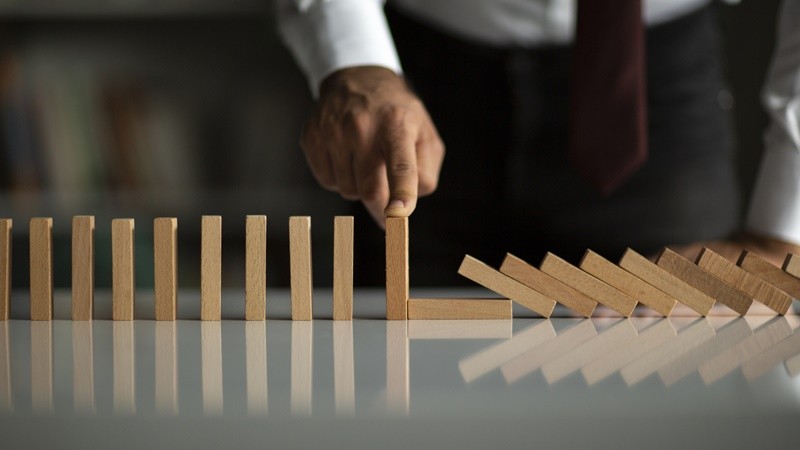 By Mr Kavi Chongkittavorn, Senior Communications Advisor:  After a little over three hours of meetings on Saturday in Jakarta, the ASEAN leaders agreed on a five-point consensus regarding the current crisis in Myanmar, placing the 54-year-old organisation in the driver's seat in this regional process. In the beginning, critics expressed concern that it would be impossible for Asean to persuade the military junta, headed by Senior General Min Aung Hlaing, to accept the cessation of violence against protesters. Even on the day of the summit, there were reports of shootings as well as the arrests of protesters and journalists.

However, over the past three days, most parts of Myanmar, especially in major cities and urban centres, have remained calm -- at the very least proving that the military regime has kept its word. It is not clear whether the fighting between the Tatmadaw and various armed ethnic groups has also been halted. All indicators at the Thai-Myanmar frontier in the past few days showed no extraordinary movement of villagers fleeing into Thailand. Over the weekend, according to the Ministry of Defence, all villagers from Myanmar had returned home except a few injured ones.

With some resemblance of normalcy, the junta can initiate dialogue related to humanitarian concerns -- something that all sides have incurred, the sooner, the better. Obviously, before any meaningful activities with other stakeholders, Asean has to agree on the formula of Asean special envoy. Thailand has proposed the Friend of the Chair, which will allow Sultan Hassanal Bolkiah to decide its modus operandi, either as a group or individual.

Others also proposed using the troika model, comprising the past, present and future of Asean chairs. Also, the role of secretary-general of Asean as a key person has also received strong support from the colleagues.

From now on, Asean will be busy managing the crisis in Myanmar as part of the regional process in settlement of disputes. First of all, Asean will need to hold dialogue with the National Unity Government (NUG), which has been criticising the bloc for not recognising it as a legitimate government. Last week, in the run-up to the special leaders' meeting, the NUG and Asean-based human rights organisations all condemned Asean for inviting Gen Aung Hlaing to participate in the leaders' meeting.

Indeed, Asean's top priority is to halt all violence against innocent civilians and to make sure there will be no more casualties on the streets or elsewhere. The junta is part of the problem so it must also be part of the solution.

At the weekend's meeting, Gen Aung Hlaing promised the Asean leaders that the situation inside Myanmar is improving. Independent sources including the Assistance Association for Political Prisoners put the numbers of casualties around 750 plus to more than 800 killed while the junta still insisted on a smaller number of 247. He alleged that the remaining casualties were killed by other unknown forces. The numbers of casualties are very difficult to account for, especially unreported incidents in smaller cities and rural areas.

Asean will have at least five full months to work out timelines of their action plans along with the junta over the future pathway for Myanmar. Although the junta, also known as State Administrative Council (SAC), has not been recognised by the UN, Asean's decision to engage the current military leaders show the bloc's pragmatism in moving ahead with the Nay Pyi Taw regime. The 76th UN General Assembly, which kicks off in mid-September, will deliberate on the diplomatic credentials of Myanmar. At this juncture, the UN still recognises Kyaw Moe Tun, the deposed ambassador to the UN appointed by the civilian-predominant government of the National League for Democracy (NLD).

In second priority, Asean wants to engage all major powers proactively in bring peace and democracy to Myanmar. It is interesting to note that during the meeting, the rivalry among major powers, especially the US and China, was discussed. All Asean leaders shared the sentiment that these conflicts would impact on Asean as well as peace and stability in the region. So they urged their foreign ministers to seek a special foreign ministerial meeting with China and the US separately as soon as possible ahead of the upcoming Asean ministerial meeting in early August.

Indeed, China has been quick in fixing the date for a physical meeting in Chongqing, scheduled for June. While all Asean members agreed to meet, they are still in the process of deciding on the date for a special Asean-US meeting. As part of the balancing diplomacy between two superpowers, Asean foreign ministers want to fix the date of both meetings, as both are two major Asean dialogue partners with high stakes in the regional security landscape. They also back the bloc's current efforts to resolve the crisis in Myanmar.

Early this month, China's State Councillor and Foreign Minister Wang Yi met with foreign ministers from Indonesia, Singapore, the Philippines and Malaysia to discuss their bilateral relations and the future trajectory of Asean-China relations. China has asked Asean to upgrade its current strategic partnership to a comprehensive strategic partnership to mark the 30th anniversary of their relationship. If Asean agrees, China will be the first to obtain such a high-level status. Under the Biden Administration, the US wants to strengthen its cooperation and ties with Asean and the Mekong riparian countries.

Given the current major strategic shift at the regional and global level coupled with the pandemic and vaccine crisis, Asean has surprisingly decided to admit the United Kingdom as a full dialogue partner to the chagrin of other potential candidates. Pakistan remains as a sectoral dialogue partner, a position it has held since 1992. After almost a year of discussion, senior officials have finally recommended to their leaders to admit the UK as a special case. The Asean foreign ministers have yet to decide to admit the UK as a special singular case without tampering with the moratorium in place two decades ago.

The Jakarta gathering demonstrates the relevancy of Asean and shows that it still has its mettle. Of course, the decision-making process in Asean is not as quick as one would hope, as the members are more concerned with the outcomes as discussed in the meeting last week. Quite often, criticism from abroad has focused on disunity among Asean members and blamed for the lack of quick responses and common voices.

Within Asean, all disagreements among the family are quite normal, whether they are reported in the media or not. Eventually, they have to be ironed out in one way or another and would lead to consensus on common actions. The five-point consensus will still come under severe criticism from political pundits despite the bloc's ability to proceed with its efforts to secure peace and stability and respond to the will of the people of Myanmar.