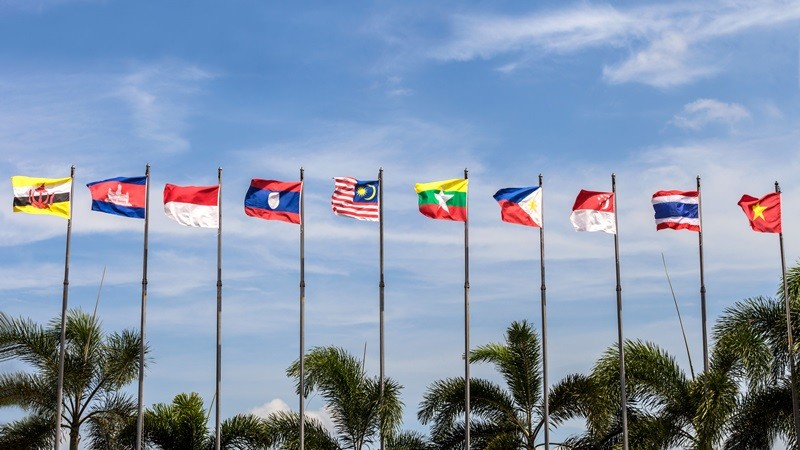 After close to 70 years of trade liberalisation, a series of recent events (among others, Brexit in the U.K. and Donald Trump winning the U.S. presidential election) suggest that the tide may well be turning. First, international trade as a proportion of global gross domestic product has stopped growing in the last decade. Second, momentum for trade liberalisation at the multilateral level has stumbled on the Doha rounds failure, with limited hopes for revival. Even regional trade agreements, sometimes seen as alternatives to multilateral liberalisation, are under heavy attack, now even in the United States.

Where Should ASEAN Head to?

When it comes to ASEAN's economic integration, the European Union is an aspiration, but not a role model. The reasons are twofold. First, ASEAN aims to be a regional production base, promoting mobile goods, services, skilled labor, and capital. But ASEAN does not aim to be either a Custom Union (meaning all countries apply the same levels of tariff rates or so-called preferential tariff rates for all country members internally, and adopt the same, usually higher tariff rates for non-members) or a single currency market (where all countries share fiscal and monetary responsibilities to maintain the stability of the value of a single currency of the group). This is due to the level of the development gap within ASEAN. The per capita income of Singapore was about 46 times of that Cambodia in 2015. The gap is the EU is much lower; the per capita income of Luxembourg is about 15 times of that of Bulgaria (and Germany's per capita income is about 6 times of that of Bulgaria). The development gap is larger when we include human development index, ease of doing business, logistics performance index, and other development indicators.

Second, unlike the EU, which can be self-fulfilling (in the sense that member country Germany is also the largest source of trade, investment, and technology in the EU), ASEAN cannot rely on itself. While ASEAN is a single regional integration entity, it still relies on Japan and South Korea, and to some extent now China, as sources of trading, investment, and technology.

ASEAN is on a good track in the sense that ASEAN has kept up its integration on trade in goods, trade in services, and investment, but it had not aimed to integrate in fiscal or monetary terms, considering the level of the development gap among ASEAN countries.

Then how to move forward ASEAN's integration agenda? ASEAN was forward-thinking in terms of integration. It established an ASEAN Free Trade Area (AFTA) back in 1992 and the ASEAN Trade in Goods Agreement (ATIGA) and ASEAN Comprehensive Investment Agreement (ACIA) in 2009. Lastly, ASEAN has "plus one" FTAs with its main trading partners (China, India, South Korea, Japan, and Australia and New Zealand), which are mostly in effect since January 2010.

However, despite its progressive integration processes, ASEAN could be trapped in 'shallow integration.' The share of intra-ASEAN trade between members increased merely from 22 percent in 2000 to 24 percent in 2015.

Second, Southeast Asian countries joined ASEAN to improve trade and investment ties with the group's main trading partners. While the share of ASEAN's trade in world trade increased merely from 6 percent in 2000 to 8 percent in 2015, the share of ASEAN's six main trading partners' (Australia, China, India, Japan, Korea, and New Zealand) trade in total world trade increased from 16 percent to 25 percent over the same period. If ASEAN aims for a higher share of world trade, ASEAN should vigorously use its existing ASEAN+1 FTAs with its main trading partners, and perhaps conclude the Regional Comprehensive Economic Partnership linking the 10 ASEAN countries and six countries with which ASEAN has existing FTAs.

While it has progressively moved forward on its integration agenda, ASEAN still has lots of homework to do. ASEAN should work closely on simplifying rules of origin and improving the transparency of Non-Tariff Measures (NTMs), simultaneously developing services (transport, logistics, finance, Information Communication Technology) and investing to support the development of the manufacturing sector.

While the recent global trends is moving away from economic integration, Southeast Asia will move forward, and will be among the fast-growing regions in the world with average economic growth of 4.6 percent in 2017. Key factors in this high growth rate are the recent opening up to attract more investment in Myanmar, Laos, and Cambodia, the strong commitment of the Indonesian government to shift its budget allocation toward infrastructure, and improvements in the overall ease of doing business in this region.