An ASEAN Way to Resolve the Myanmar Crisis 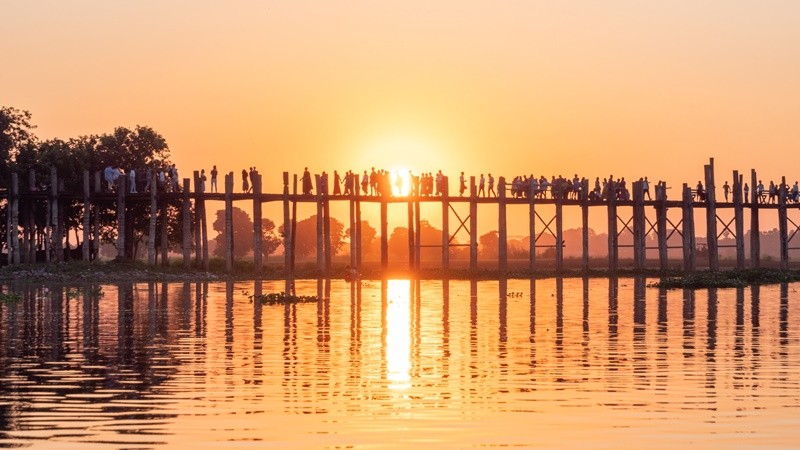 By Mr Kavi Chongkittavorn, Senior Communications Advisor:  ASEAN has prided itself on being one of the world’s most successful regional organisations, with an impressive record in its handling of both economic and political affairs. But the Myanmar coup of 1 February has jeopardised the 10-member bloc’s dream of being one big, happy family of 655 million: 55 million people are now living under threat of gunfire and arrests throughout Myanmar.

From the 1990s to the 2010s ASEAN protected the previous Myanmar junta and shielded the country from international isolation and sanctions. The bloc used to be confident that member countries could solve their own domestic problems as they arose. Myanmar joined ASEAN in 1997, despite Western opposition to its long dictatorial rule. When reforms began in 2011, the world stood taken aback: few had expected that the military would voluntarily loosen their grip on power. ASEAN was vindicated, but not for long.

With Myanmar under military rule again, ASEAN faces the same dilemma of whether the whole ASEAN family should stake its reputation to support an errant member.

It seems from the ASEAN Chair’s statement of 2 March that ASEAN is no longer murmuring platitudes about the crisis. Indonesia, Malaysia and Singapore have condemned the junta’s heavy-handed approach and urged it to desist from using force and to restore normalcy. Comments from other ASEAN members have been more subdued. Despite the mixed rhetoric, they have agreed to leave the door open to engagement with the generals.

The Myanmar junta has used all possible means to quell the protests and civil disobedience movement. More than 200 persons have been killed, and the casualties are expected to rise. A strategy to bear down on the junta must be developed urgently, with top priority given to securing a ceasefire. Channels of communication between the military leaders and key ASEAN members remain open at this juncture. An initiative needs to be propelled by ASEAN and in cooperation with key strategic international players.

It is not possible at this point for the conflicting parties within Myanmar to sit down and negotiate. This reality ASEAN accepts. Some ASEAN members have suggested informal meetings that bring together official and non-official representatives of the main stakeholders, from both inside and outside the country. This would include the Tatmadaw (the military), the National League for Democracy, ethnic groups, civil society and the private sector. The United Nations, ASEAN and key international dialogue partners could be brought in to provide support and mediate.

A meeting like this would provide the opportunity to develop an action plan and create a conducive atmosphere for conflicting parties to negotiate. It would need to have no fixed agenda.

The coup took place under the threat of COVID-19 and with most of Myanmar’s population — well over 60 per cent — living under US$1.90 a day. Any prolonged stalemate on the ground only worsens the plight of the people of Myanmar.

Rising above the heightened tensions in their bilateral relations, the US–China meeting in Anchorage, Alaska this weekend will be important in sending a strong and constructive signal to parties in Myanmar that reinforces the UN Security Council’s call for a solution and the important role that ASEAN can play in finding it. Despite its cautious approach, ASEAN has a track record of finding durable solutions — from the Cambodia conflict to the rehabilitation of Irrawaddy Delta after Cyclone Nargis.

In the six weeks since the coup Western countries have shown restraint and imposed only targeted sanctions against specific military leaders and their financial networks. They’ve learned lessons that broad sanctions inflict the greatest harm on ordinary people, particularly during a pandemic. This may explain why ASEAN’s dialogue partners, including Japan, China, India, the United States and others, are backing the bloc’s ongoing efforts. Recent statements from the UN Security Council and the Quadrilateral Security Dialogue have strongly supported the role of ASEAN in resolving the crisis.

ASEAN may not tolerate the junta’s continuing its violent crackdown against the protesters. In private, ASEAN leaders have pressed this point. Though the ASEAN Charter does not have any provisions for expulsion of a member, member countries have the moral authority to pressure the junta if it fails to comply with the principles enshrined in the Charter. Enough pressure could see Myanmar voluntarily suspend its membership. This would have precedent. In 2006, after continued ASEAN peer pressure, Myanmar passed up its scheduled chairmanship of the group.

The military regime is planning an elaborate commemoration of Armed Forces Day on 27 March. Given the current carnage and brutality, nobody knows what to expect. The approach of Armed Forces Day might partially explain the severity of the military’s crackdown as it strives to ensure complete control. And the regime’s ultimate plan for the country may be revealed soon.

ASEAN understands full well that if the Myanmar imbroglio continues down its current path, it will only corrode its centrality and widen division within the group. The crisis is a test that will determine whether the group gives in to brutality, or puts people first and foremost.

This opinion piece was written by ERIA's Senior Communications Advisor, Mr Kavi Chongkittavorn, and has been published in East Asia Forum  Click here to subscribe to the monthly newsletter.