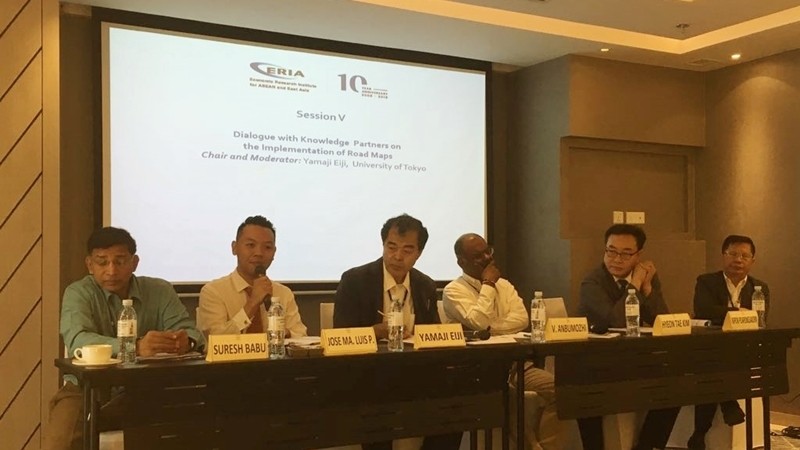 Vietnam, 30-31 August 2018: Government officials from Cambodia, Lao PDR, Myanmar and Viet Nam came together in Siem Reap on 30-31 August to present the Adaptation Road Maps each national delegation had developed for their country.

The road maps, addressing distributional impacts of disasters and climate change, have been developed by government officials as a step towards strengthening preparedness and developing regional resilience against potential threats to food security. The road maps are the culmination of efforts by the participants who have met and participated in four previous workshops on this issue.

At the Capacity Building Workshop, the Adaptation Road Maps were peer reviewed by colleagues from the other countries before discussants also raised comments and gave further inputs to the studies. The discussants, along with the chair of each panel, were all experts in their field, coming from a wide variety of institutions including the United States Department of Agriculture, International Food Policy Research Institute, the Asian Institute of Technology, the University of Technology, Vienna, Smart Farm Agriculture Center, Korea, the National University of Singapore and the Nanyang Technological University. The workshop included a panel discussion with Knowledge Partners to discuss the Implementation of Road Maps.

The major issues that arose from the presentation and discussions around the adaptation road maps focused around new initiatives in bridging financial gaps, institutional effectiveness, investment opportunities, further technologies, and capacity development for having effective future implementation in all CLMV countries.

The workshop also included a fieldtrip to a model greenhouse outside of the city. The 850 sq. m site is focusing on the production of organic crops. The model site is an example of an automated smart system where, under certain weather conditions, the irrigation pipes self-activate.  The model farm, which sells its produce locally, has allowed the farmer to increase his production and income.