A Framework for Ongoing Commitments to RCEP Success 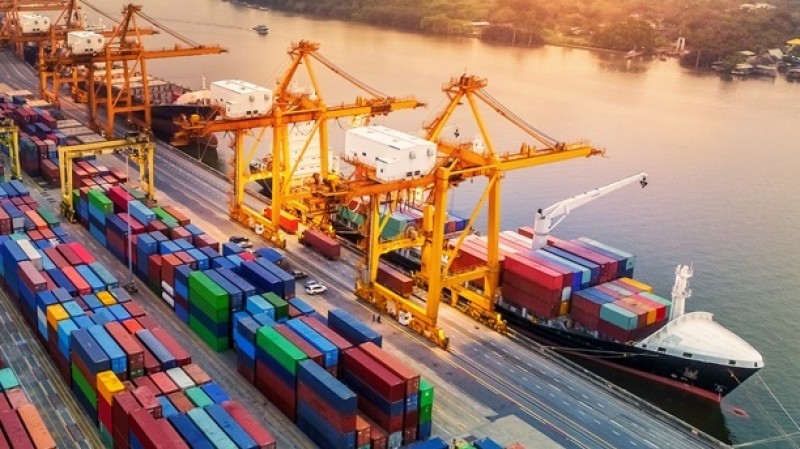 By Prof Fukunari Kimura, ERIA's Chief Economist: For member states of the Regional Comprehensive Economic Partnership (RCEP) its signing, ratification and being in effect are by no means the final goal. RCEP is designed in the ‘ASEAN Way’, meaning members must make it a living and evolving agreement if it is going to help successfully defend the rules-based trading regime. In particular, continuous commitment to RCEP by non-ASEAN member states will be key.

Recent policy debates in countries including Japan have been dominated by geopolitics. Discussions of economic statecraft and economic security have taken centre stage and many proclaim the end of the era of globalisation. Pro-trade voices are being drowned out, and the psychological resistance to managed trade has weakened.

Security issues are certainly important, but the focus on geopolitical arguments does not reflect the economic reality in East Asia — including both Northeast and Southeast Asia. Value chains in East Asia, particularly international production networks for the manufacture of core machinery and equipment, have proved robust against COVID-19 shocks, contrary to the public belief that supply chains are terribly fragile.

International production networks also proved resilient against shocks in the past such as the Asian Currency Crisis, the Global Financial Crisis, and the Great East Japan Earthquake. This is because the substantial set-up costs for international production networks motivate firms to operate as long as the shock is regarded as temporary. In addition, during the COVID-19 pandemic, ‘positive’ demand shocks for remote work and stay-at-home-related goods allowed East Asia to achieve a shallow economic trough and quick recovery. Economies in East Asia are still tightly connected by value chains, and trust in globalisation remains strong.

While some relocation of high-tech and rare-earth-related operations away from China has started, the overall effects of decoupling have so far been minimal. Trade between the United States and China is still active, and US semiconductor exports to China are even increasing. Some decoupling is unavoidable but it is likely to be partial, and for East Asia a rules-based trading regime remains the essential infrastructure for its economic dynamism.

RCEP covers the whole region of ‘Factory Asia’ and is expected to maintain the rules-based trading regime despite the rise of geopolitical tension. Whether this can be achieved depends on how effectively ASEAN’s principles can ensure that certain aspects of RCEP work.

The commitments under RCEP are made in the ‘ASEAN Way’, with slow movers allowed a grace period to achieve the same goals. This is sometimes called the ‘10 minus x’ approach in the context of ASEAN economic integration, meaning that the 10 nations that make up ASEAN are not necessarily required to progress at the same pace. This is criticised as being too lenient, but in this way ASEAN has successfully achieved deeper economic integration where others have failed.

That is why RCEP includes a series of built-in limitations such as the incomplete transition of services liberalisation commitments from a positive list approach to a negative list approach. Less-developed countries are also allowed ‘special and differential’ treatment to provide extra time to catch up. Learning from ASEAN’s experience, it is important for RCEP to monitor closely the implementation of commitments, apply peer pressure where necessary and provide economic cooperation required for capacity building.

The ‘ASEAN Way’ will force RCEP to evolve and upgrade step by step. ASEAN economic integration was not made by a single, one-shot agreement. ASEAN member states deepened their commitments through a sequence of new and upgraded agreements. Commitments included in RCEP largely follow the format of the Comprehensive and Progressive Agreement for Trans-Pacific Partnership (CPTPP), with the CPTPP setting the final targets for liberalisation and international rule making. The gradual upgrade of RCEP is explicitly planned in the form of five-yearly general reviews.

The future expansion of member states is another focal point for RCEP. While the CPTPP is busy responding to accession applications, RCEP may also want to consider possible accessions. Hong Kong, East Timor upon accession to ASEAN, India — which walked away at the last stage of negotiations — and other South Asian countries like Bangladesh could be candidates. It is important to assess applicants’ intentions to participate in ‘Factory Asia’. South Asia is still captured by inward-looking development strategies and requires drastic reformulation of its trade and industrial policies to measure up.

The ‘ASEAN Way’ also applies to RCEP’s institutional setting. RCEP plans to set up annual ministerial meetings, annual joint committees chaired by an ASEAN member state and a non-member state, and four committees on goods, services and investment, sustainable growth, and business environment — as well as a Secretariat. This arrangement resembles the ASEAN model for continuous engagement to deepen its economic integration. It can scrutinise the implementation of commitments by member states, adjust the interpretation of commitments across members, and facilitate discussion on agreement upgrades.

The institutional setting may also reduce policy risks. For example, Australia has suffered from China’s politically motivated trade policies since 2020. In cases like this, RCEP meetings may at least work as a forum for members where avenues in other forums are limited. Although RCEP cannot resolve all problems, it can act as a precious communication channel for retaining the rules-based trading regime.

ASEAN has been successful in leveraging the ‘ASEAN Way’ to deepen its economic integration. Whether RCEP can make the most of the same philosophy depends on the positive participation of its members, particularly the non-ASEAN members.

While US–China confrontation and geopolitical tension show no signs of abating, East Asia must maintain its economic dynamism. RCEP members, particularly middle powers located between the United States and China, must harness the power of the rules-based approach.

This opinion piece was written by ERIA's Chief Economist, Prof Fukunari Kimura. This has been published by East Asia Forum. Click here to subscribe to the monthly newsletter. 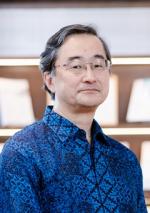 Fukunari Kimura is the Chief Economist for Economic Research Institute for ASEAN and East Asia (ERIA). He was born in Tokyo in 1958. He received his Bachelor of Laws from the Faculty of Law, University of Tokyo in 1982. He then received Master of Science and PhD titles from the Department of Economics, University of Wisconsin-Madison in 1990 and 1991, respectively.  He worked for the Department of Economics, State University of New York at Albany as Assistant Professor in 1991-1994, and in the Faculty of Economics of Keio University as Associate Professor in 1994-2000.  In particular, he has recently been active in writing academic/semi-academic books and articles on international production networks and economic integration in East Asia.