5th Dialogue between Secretary General of ASEAN and FJCCIA 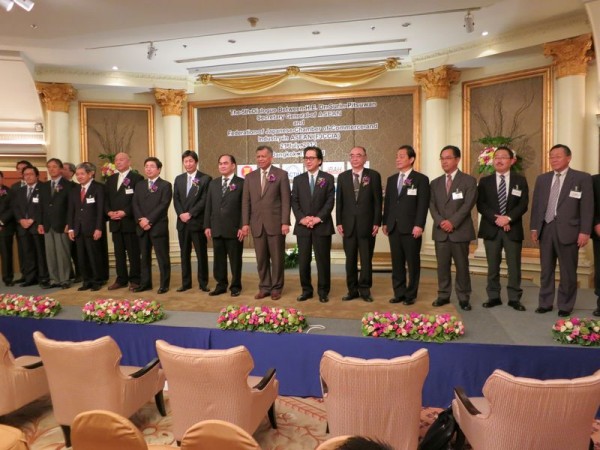 The 5th Dialogue between Secretary General of ASEAN and Federation of Japanese Chambers of Commerce and Industry in ASEAN (FJCCIA) was held on 21 July 2012 in Bangkok, Thailand. Prof. Hidetoshi Nishimura, Executive Director of ERIA, was invited to the Dialogue.

Purpose of this Dialogue initiated in 2008 and held annually since then is that FJCCIA, as the federation of Japanese chambers of commerce and industry in ASEAN region, conveys regional-wide problems which Japanese companies operating in ASEAN are facing to ASEAN bodies through the ASEAN Secretariat.

In the Dialogue, FJCCIA raised issues related to custom procedures, utilization of FTAs, rationalization and harmonization of standards, conformance and labeling, protection of intellectual property rights, negotiation of FTAs, development of industrial human resources, and others. In its turn, ASEAN explained their actions toward solution of these issues.