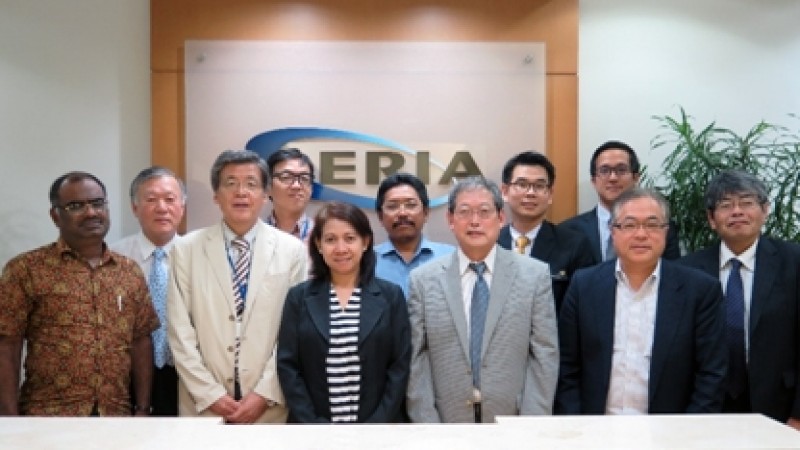 ERIA held its first working group meeting on the study on Renewable Energy and its Effective Usage in EAS Countries on 9 February 2016 at the ERIA office in Jakarta. The meeting mainly discussed issues related to the next generation of biofuels and bio methanol as energy carrier.

ERIA Managing Director for Research Affairs, Shimpei Yamamoto, mentioned the importance of research collaboration with the Advanced Industrial Science and Technology (AIST). From the viewpoint of energy security and alternative fuels, Makoto Toba, researcher from AIST, emphasised the importance of biofuel use, which has been recognised by encouraging the standardisation of quality for practical use.

Low-quality biodiesel fuel (BDF) brings concerns regarding the effect on engine performance due to fuel impurities and oxidation. This study will explore the standardisation of biofuel for vehicles in East Asia and further develop a common agreement for BDF standardisation, support the formulation of BDF standards, facilitate the distribution of good-quality BDF, and stabilise the economic infrastructure. The discussion also stressed the next generation of biofuels sourced mainly from feedstock that are food crops. Thus, the study could also contribute to address the issues associated with the impact of biofuel production on food crops.