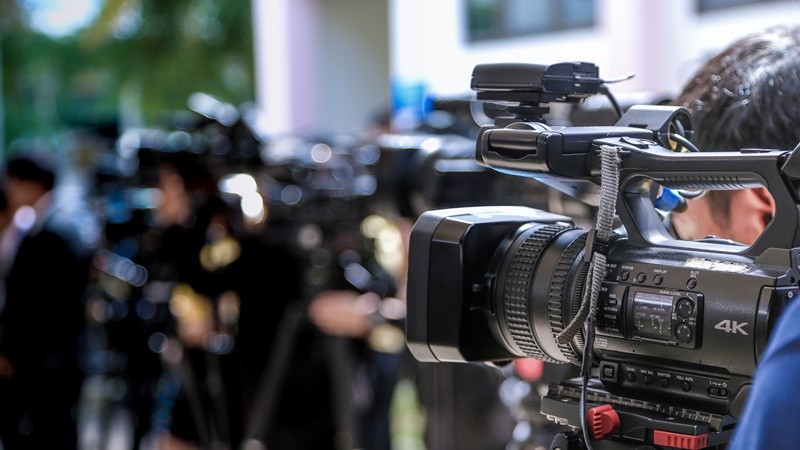 By Kavi Chongkittavorn, Senior Communications Advisor:  A sea change in media-government relations stemming from the daily press briefings on the Covid-19 situation has been one huge side effect of the pandemic. Apart from wearing face masks and social distancing, is this the new normal for Thai media?

At those briefings, the spokesperson of the Centre for Covid-19 Situation Administration (CCSA), Dr Taweesilp Visanuyothin, who knows the ins and outs of the pandemic, is met with a barrage of questions from faceless journalists. The outcomes of those exchanges have been extraordinary. For the first time in Thai media history, there is no spin nor speculation. The answers consist of precise information backed by data regarding the pandemic -- a far cry from the first two months when government agencies were competing to get out their own messages. Worse still, journalists were politicising the pandemic to fit their daily editorial agendas.

There's been a big shift too in attendance at the Santri Maitree Building. These days, due to mandatory physical distancing, only a few journalists can participate. Some of the veteran journalists who used to ask the first questions and set the political news agenda are not there. Most importantly, as the pandemic has spread nationwide, questions have been focused on the daily progress of tracing, testing and treating. It's been a clean slate for media-government relations -- something that needs to be nurtured.

There have also been lots of questions, especially from the Western media, about the accuracy of the information given by the CCSA spokesperson, particularly the low number of infections. Personal interviews with a dozen doctors and officials involved with the anti-Covid 19 campaign indicate that the stats are accurate. There have been fears that the numbers have been kept low to boost the government's credibility. That was not and is not the case.

With a soft-spoken voice and smiling face, Dr Taweesilp consistently and intelligently answers questions. Indeed, he has seemingly pulled the government's discredited communication team out of the garbage bin.

He has done such a good job that some elected politicians are grumbling about his apolitical manner. Since the establishment of the CCSA, he has helped shape much-needed reassurances that the government has the ability to take care of all Thai people. What's more, several thousand foreigners stranded in Thailand, not to mention millions of migrant workers, have been helped as well.

During the third week of April, political pressure was mounting among coalition partners to have an extra spokesperson alongside Dr Taweesilp to cover the political aspects of the anti-pandemic activities. That week, the spokesperson appeared stressed as he kept reiterating that he had no intention of politicising the pandemic. Meanwhile, there have been negative comments on social media about his performance, accusing him of making the Prayut government look too positive and trustworthy.
Gen Prayut Chan-o-cha should get some credit for allowing Dr Taweesilp to run the show on his behalf for that long, and not his own communication team headed by Narumon Pinyosinwat. Of late, Gen Prayut's press conferences have also been transformed, becoming more people-centric, substantive and shorter. He has yet to show his authoritarian inclinations. In other countries, politicians like him would have hogged the limelight.

A caveat is in order. Things could change as the CCSA and concerned security authorities are considering plans to ease the lockdown for certain businesses in Bangkok and beyond, in particular the virus-free provinces. There are nearly 30 provinces which have registered no new cases in the last three weeks.

If the government decides to proceed with just a partial lockdown at the cabinet meeting today, there could be a second wave of infections as seen in other states that loosened restrictions. In Bangkok, which still has the largest number of infected persons, the spike could cause a blame game that in turn tarnishes the CCSA and its briefings. Therefore, the role of the media in understanding and reporting the upcoming weeks during the partial lockdown is pivotal.

Currently, Thai media are covering the pandemic without any restrictions and no local bloggers have been arrested. All media have followed the four key tasks outlined by six local media organisations including the Thai Journalists Association, the Association of Thai Broadcasters and the Association of Online News Providers on 14 March.

First, they must strictly follow ethical standards while reporting on a crisis. Next, the government must do its utmost to provide accurate and truthful information to the public so they will have confidence in managing their lives and livelihoods. All media owners must pay attention to the safety of their journalists when they cover the crisis. Finally, the public and stakeholders must not share fake news or misinformation to avoid public confusion. For now, the mainstream media and other media platforms have abided by these principles -- a remarkable achievement.

The current media environment also augurs well with ongoing global efforts by Unesco, whose committee on information last week came out with a series of measures to support media freedom during the pandemic.

These four pathways are: Advocating for freedom of expression and safety of journalists and reinforcing the capacities of media to cover the crisis; developing and disseminating resources to tackle disinformation about Covid-19; harnessing innovation and digital technologies to counter Covid-19; and promoting open and universal access to information in response to Covid-19.

In many countries, governments have been given extra powers to fight the virus, which could temper freedom and civil rights. Fears have been expressed that these emergency powers could gag the media.

This is an extraordinary time, when the Thai media's pivotal role is aligned with global media governance. It is incumbent on the government and all the local media outlets to protect and sustain this high level of professionalism and mutual respect. As Thailand is moving toward the 4.0 Industrial Revolution, restrictions related to freedom of expression and access to information online or offline must not be tolerated.

This opinion piece was written by ERIA's Senior Communications Advisor, Kavi Chongkittavorn, and has been published in The Bangkok Post.  Click here to subscribe to the monthly newsletter.