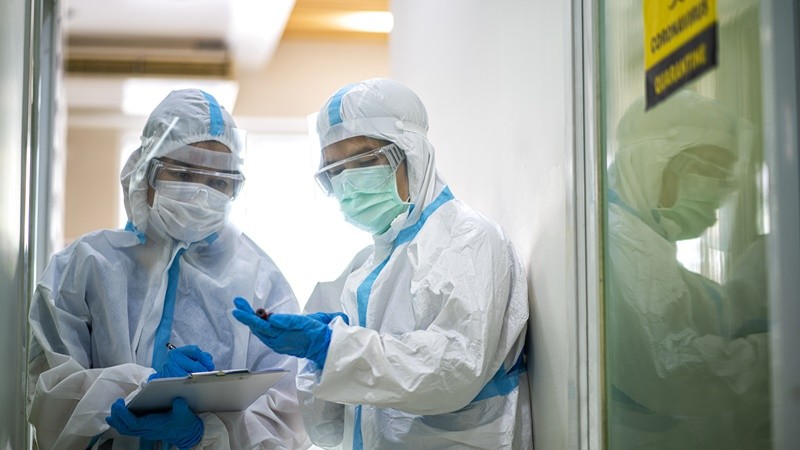 By Kavi Chongkittavorn, Senior Communications Advisor: In the 99 days since Covid-19 hit Thailand, the Prayut Chan-o-cha government has adjusted its handling of the pandemic. For the first 58 days, Gen Prayut continued to behave like a busboy in a local restaurant, trying to do everything from welcoming guests to serving food and cleaning tables.

In a major shift of his leadership style, Gen Prayut's live TV announcement last Friday was made in a sober voice and contained dual messages. He said he would tap the financial resources of the country's 20 richest individuals to help with the pandemic. For the first time, he directly appealed to ordinary Thai people to help manage and overcome the outbreak together.

He said he would listen to their voices and ideas so that all stakeholders could move ahead to save the country. It was a far cry from an old-style military dictator. Now he speaks less, is more willing to listen and manages to talk without preaching.

During the first two months of the year, he had to wrangle with his coalition party leaders. In Thai politics, partisanship is deep-rooted when it comes to policy planning and implementation. All coalition parties were trying to portray themselves as saviours who could rescue the country from the deadly virus.

Key players including the prime minister's office, interior, labour, defense, commerce and public health ministries were competing with one another in fighting the coronavirus with knee-jerk plans. All of them attempted to score political points. The Foreign Affairs Ministry has been the only exception.

That helps explain why most media reports, both local and foreign, have missed the big story of Thailand's efforts to combat the virus -- the capacity to save lives during the pandemic thanks to the country's unique public healthcare system.

Instead, the vernacular and broadcast media were focused on stories related to malfeasance and corruption cases concerning the hoarding and overpricing of protective masks, along with those politicians who allegedly stood to gain from it all.

It was as if the government did not have any plan to combat the virus. The lack of effective strategic communication with the public also added to the narratives regarding the government's incompetency and complacency.

At the end of February, there were only 42 infected persons, and no deaths. By that time, the Public Health Ministry came out with a confidential report about possible scenarios if the viral outbreak became a pandemic. The report mapped out all necessary measures related to key issues at hand, such as an early quarantine, testing, partial lockdown, social distancing, halting incoming visitors and bringing back Thais stranded around the world.

Unfortunately, the prime minister tried unsuccessfully to "command and control" the entire governmental apparatus to fulfil these objectives. As it turned out, Gen Prayut and other ministers continued to squabble with one another about the nature of their authority in how to deal with the pandemic.

Lots of time was wasted, as key coalition parties were more interested in saving the economy and lives through an economic stimulus package for the stock market as well as the tourism and service industries. At the time, the general public was very confident that the Thai public health teams would be able to counter the virus' spread.

By March 1, the whole situation had changed as the numbers of the infected began to swell and one male Thai patient died. Then, there emerged a super spreader connected to a Thai boxing event in Bangkok during the first and second week of March, which had resulted from organisers ignoring an order banning such gatherings. It took nearly 10 days before the attendees were identified.

Credit must go to the village health volunteers (VHV) throughout the country who have helped track down individuals who might have been in contact with infected persons. This unique system, which was established in the 1980s when the country still did not have universal health coverage, has remained active to this day as they are considered the gate-keepers. With more than one million volunteers on alert, every nook and cranny of the country is under the watchful eyes of these brave folks.

That helps explains why the government has not adopted a plan to test all Thai citizens. Truth be told, the country cannot afford it. There are only 77 laboratories throughout the country that can test for Covid-19. They can only perform 20,000 tests per day. This capacity will increase to 107 by the end of April, raising test capacity to 100,000, according to the Centre for Covid-19 Situation Administration (CCSA).

During the Asean virtual summit on April 14, Thailand was able to offer 10,000 RT-PCR test kits to each Asean member in a show of Asean spirit. These were made by local collaborators including the government, private sector, and universities.

Here, the active VHV teams and their affiliated hospital units have been and are able to conduct surveillance and contact tracing, especially among senior citizens and those living in remote areas. This method has proved effective and allowed doctors and public health officials nationwide to monitor the overall population's health.

On March 12, when the CCSA, which brings all concerned agencies under one roof, went into all-out operational mode, it became clear for the first time that the government has totally and effectively taken charge of all action plans to combat the virus and its aftermath in a comprehensive way.

A series of stringent measures were introduced, including imposing social distancing and stopping air travellers from entering the country as the number of infected persons grew. By March 24, the number of Covid-19 cases reached 827 with four casualties. The government decided to declare a state of emergency on the same day to enforce social distancing, a stay-at home order, mandatory masks on trains and a partial lockdown.

The government hoped that the numbers would not spike after the imposition of those emergency powers. But the infection rate in the provinces kept rising, reaching nearly 1,000 by the first week of March. On April 4, a 10pm-4am nationwide curfew was introduced to force people to stay at home, with the goal of flattening the infection curve.

CCSA spokesman Dr Taweesilp Visanuyothin said that as the curfew is set to expire at the end of April, the government is discussing exit strategies now that the rate of new infections has stabilised, with the total number of cases reaching 2,792 as of yesterday.

He said the 'new normal' will come sooner than later if the public follows the guidelines and continues to practise social distancing, as well as wear masks and maintain good hygiene standards.

In retrospect, the government could have done a better and more effective job if there has been less politicking among coalition partners.

This past month has been a good weather-vane for the country's capacity to deal with the virus.

Kudos must got to all of Thailand's public health officials who have sacrificed their lives for the common good.