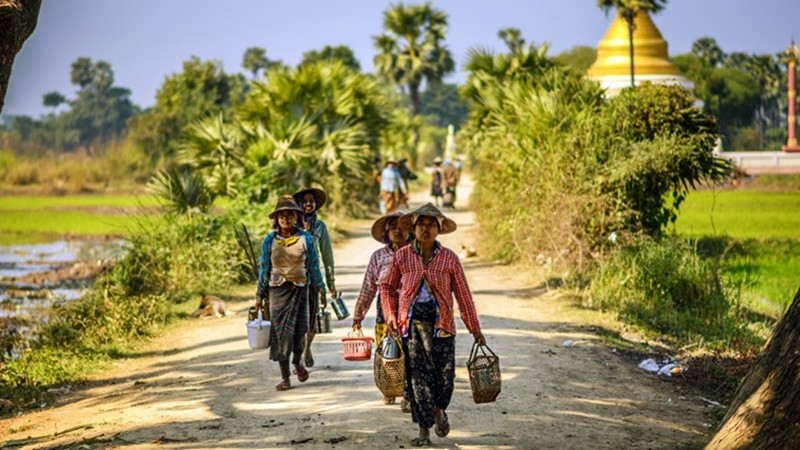 By Kavi Chongkittavorn, Senior Communications Advisor: When the first coronavirus infection was detected on Jan 13, there were fears that Thailand would be the hardest hit by the pandemic, and that the country might not survive due to the onslaught unleashed by a faceless enemy.

Indeed, the 70-million sabai-sabai-khon-thai (easy-going Thais) were in a panic. Government agencies were seen scrambling to decide on their next moves. Elected politicians went on a rampage trying to capitalise on a crisis about which they had no knowledge. The younger generation of politicians wanted to kick out the government for good. The trust level between the government and the public was very low. None of us believed the oddball coalition government would be able to do the job.

But there was one exception. The country's public health care professionals, especially doctors and nurses as well as the epidemiologists, were not paranoid or complaining; they were and still are ready to battle yet another contagious disease with a different name and repercussions. They had gone through this drill before when the country was hit by Sars in 2003 and in the face of other seasonal tropical diseases. Thailand has a strong health security system.

The lockdown was lifted last week after the fight against the virus was stabilised and systematised. For nearly a month, there have been no new local cases and the death toll still stands at around 58 while accumulated infections remain under 3,160. Gradually, the public and media began to applaud and praise for the government's efforts is being heard.

There are seven secrets that the world should know about Thailand and its health security system.

1. Multitasking village health volunteers: All over the country, 1,040,000 health volunteers are working in 75,032 villages near and far. They are mainly women who know their communities very well. Each of them, depending on the locations and communities, has to take care of up to 10 families. They visit various households, keeping them up to date on the pandemic. Furthermore, they also check on their health, especially the elders. Anyone coming in or leaving the communities does not escape their watching eyes, especially during outbreaks. On top of that, these volunteers are working closely with health officials at all district and provincial levels. For the record, all 77 provinces have a communicable control disease unit. Precisely, this strong health system at all levels helps to mitigate the outbreak. Indeed, if one of these volunteers enters politics and subsequently becomes a Thai prime minister, she could replicate her successful foreign counterparts in New Zealand, Germany or Finland, all of whom have efficiently managed the pandemic.

2. Deploying universal precaution: Thailand is the only country in Asean to have deployed the "universal precaution" in fighting against Covid-19. The public health officials urged everyone to wear a face mask at all times and take care of personal hygiene almost as soon as the first case was announced. Such an approach allowed most people to prevent the virus from spreading. So, random testing is not needed. Instead, testing has been carried out only for those confirmed cases. According to the World Health Organization, Thailand is conducting 150 tests for every confirmed positive case, which is considered a high ratio. The WHO acknowledged that face-mask wearing can help to prevent the spread of the virus. Thailand also used the universal precaution approach with the HIV/Aids campaign two decades ago. Lest we forgot, before the pandemic, Thais were wearing face masks to prevent breathing air pollutants, the deadly PM2.5 particles.

3. Resilient Thai public: Obviously, without public participation and cooperation, the outcome of anti-virus measures would be different. It must be noted that the Thais tend to follow guidelines from professional people, especially doctors. If the daily briefing was conducted by the government's spokesperson without medical knowledge and optimism, it would not have been effective. Such was the case during the first eight weeks after the outbreak. For nearly six months, the jury has been out on whether the public could face the fear of viruses and the restrictions in their daily lives. As it turns out, they are very nimble when it comes to the overall sense of survivability. There is a Thai saying, Au tua rod pen yod dee -- to save oneself is a great task. Notably, during the curfew, there were several hundred violators every night, mostly those who still wanted to party and drink with friends and who live for gambling. Alcohol was banned during the curfew amid fears that group-drinking could help to spread the virus.

4.Leadership quality: Government officials have given full credit to the government of Prime Minister Prayut Chan-o-cha for overall decisiveness. Others have entertained different views. Provincial and local authorities have also displayed their unique capacities to manage the pandemic in their localities and communities. However, to be fair, Gen Prayut should be praised for his decision to allow public health professionals to take charge. He could have opted for a different route if he had so wanted. Indeed, local and foreign media have been reluctant to give this prime minister credit because of his five-year authoritarian legacy following the 2014 coup. Before setting up the Centre for Covid-19 Situation Administration, there was no leadership in directing the fight against the virus. Each agency was doing its own thing, without coordination. The CCSA has centralised the entire anti-virus campaign to fight the virus.

5. Good timing for measures: Judging from the timelines of each Asean member's lockdown and quarantine system, Thailand has pursued the middle path, which was neither too stringent nor too loose. Even when the government declared the emergency on March 24, it was careful as the public at large were still suspicious of its real intentions. They feared the government could abuse its power during emergencies. The four-phase easing scheme has worked well for a period of 33 days. The government has been cautious as well with the repatriation of overseas Thais as mounting criticism was heard of the so-called imported cases following intensified efforts to bring home the Thais stranded in more than 65 countries. At present, the Ministry of Foreign Affairs and the National Security Council have decided to increase the daily quota to 500. More than 40,000 Thais have expressed a desire to come home.

It is hoped that most of them will be repatriated before the country opens to selective countries under travel bubble arrangements.

6. Fact-based communication: On March 23, when the CCSA appointed a spokesperson, Dr Taweesilp Visanuyothin, the whole dynamic of discourse on the pandemic situation changed dramatically. This charismatic spokesperson has been able to generate public trust in his daily briefings. His official but raw data has generated acute awareness of what must be done to prevent the spread of the virus. Dr Taweesilp was able to communicate directly with the public and this resulted in growing awareness and subsequently translated into solid understanding and cooperation. For a few weeks, media questions were focused on the low numbers of infections and deaths as if he was hiding the actual figures. Through his plain language and optimistic, forward-looking answers, he has created a bond with the audience, much to the chagrin of politicians, who would love to be in his position.

7. Thai exceptionalism: Anything or any force that enables the Thai society and its people to perform some extraordinary work must be attributed to the so-called Thai exceptionalism. Some would say it is Siam Devadhiraj, or a deity that keeps on protecting the country to overcome all crises and emergencies. However, others also have alluded to the spirit of Bang Rachan villagers that brought in unifying forces to accomplish unusual things. However, what is noticeable is the superstitious belief that bad people often die of contagious disease, which is the worst curse in Thai belief. The fear of dying from the virus has scared the socks off the common folk. Nobody wants to face such a taboo. In contrast, Thais are fearless when it comes to driving and crossing streets. According to the WHO, in 2016, 32.7 out of every 100,000 Thais died on the country's roads, the world's second-highest fatalities after Libya. But nobody seems to care and that is is the reason why the number of deaths on the roads continues to climb.