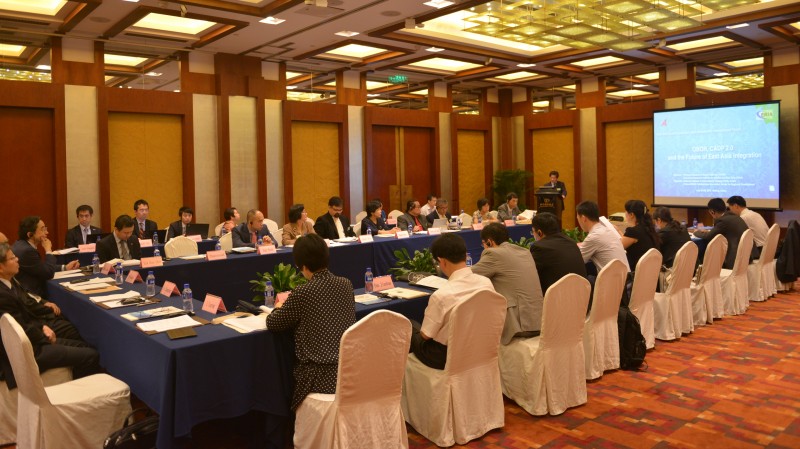 ERIA submitted the CADP to the 5th East Asia Summit in October 2010, as a grand spatial design for infrastructure development in East Asia. The conceptual framework of the CADP, which was elaborated based on new international trade theory, namely the fragmentation theory and new economic geography, demonstrates how the region can pursue deepening economic integration as well as narrowing development gaps. This claim was supported by simulation analyses on the impacts of logistic enhancement to the region using the Geographical Simulation Model. CADP also provides a long list of prospective infrastructure projects that would be important to realize the policy recommendation of the CADP.

Figure 2 shows the 4-year transition of CADP projects from 2011 to 2014. The number of projects which are in the construction and operation stage was 28 percent in 2011 and is 51 percent in 2014. The projects are progressing steadily. 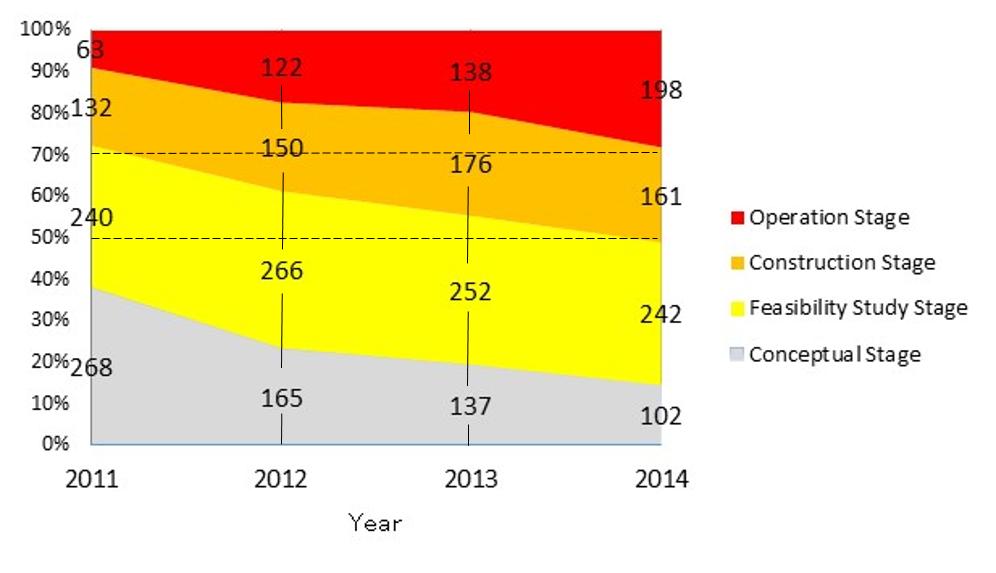 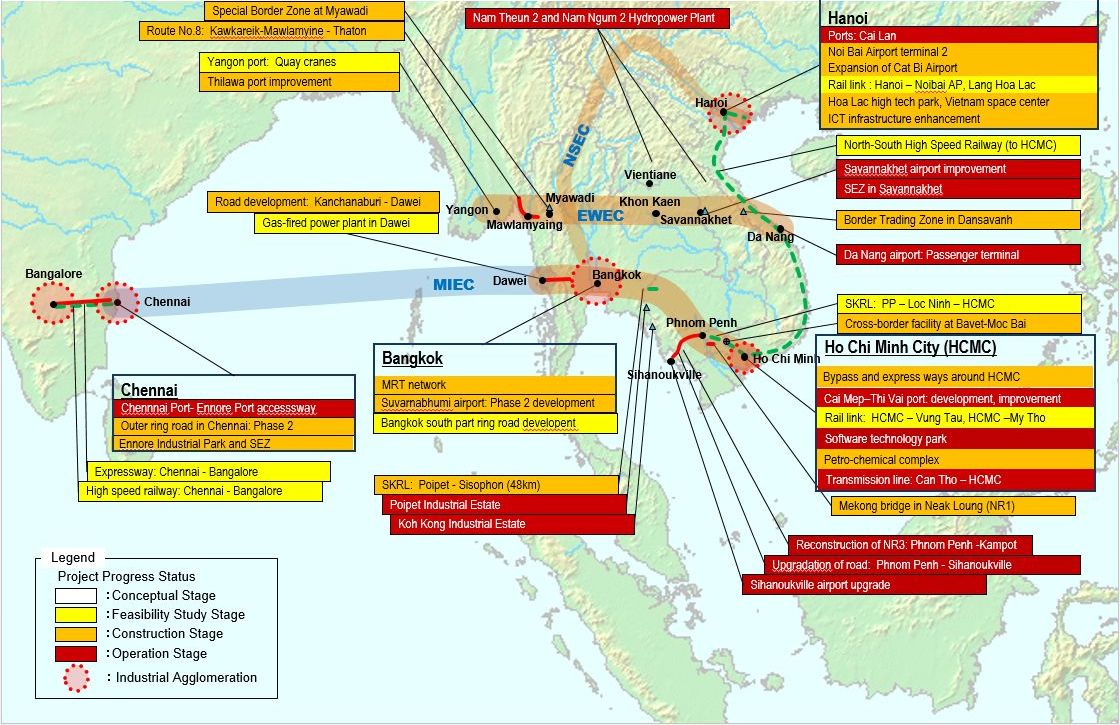 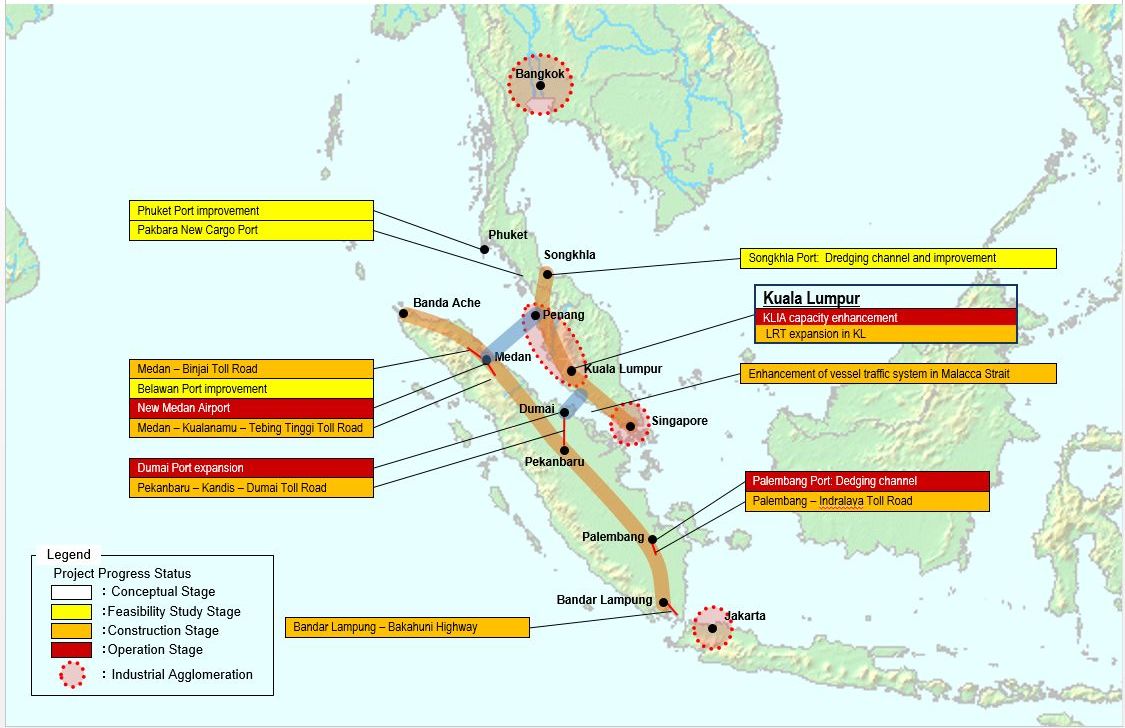 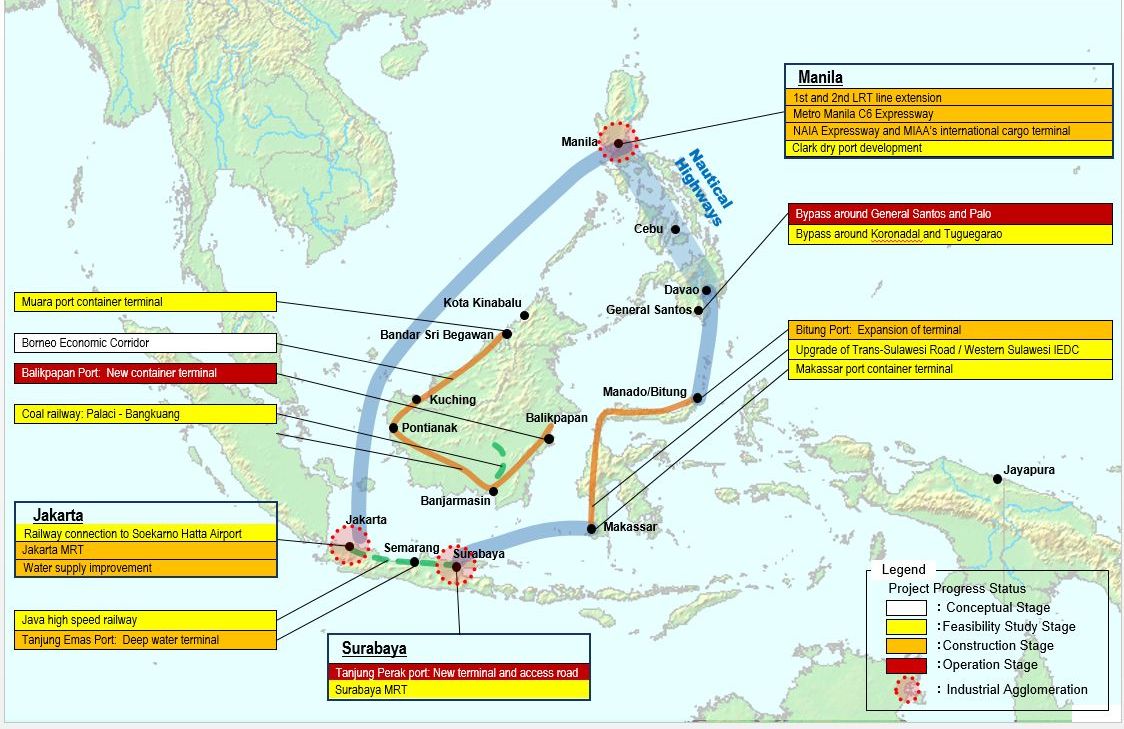