ASEAN: From Leader-led to More People-driven 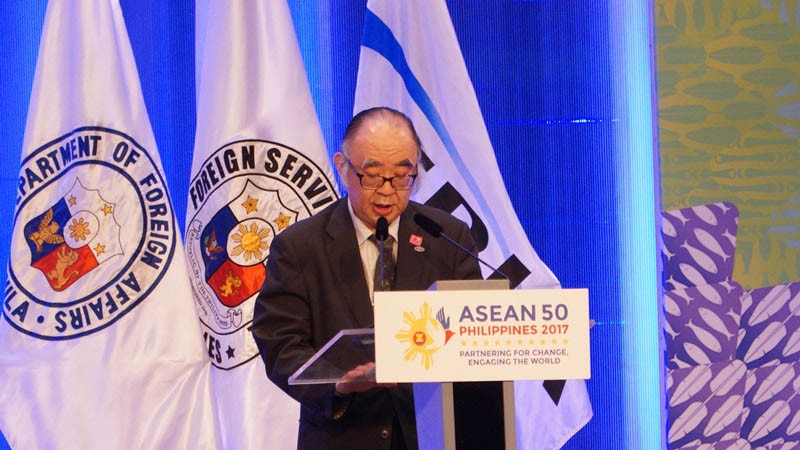 The Association of Southeast Asian Nations (ASEAN) has been a leader-led organisation that is now transitioning to a more people-driven body after a full half a century of existence.

Nevertheless, ASEAN achieved its current success through effective leadership; this new epoch for the grouping would certainly likewise benefit from 'articulate leaders who offer us deep understanding, insight, and thought-provoking voices for an even better ASEAN for the future.'

'This forum is a tribute, however small, to the contributions of the leaders and officials and the support of other stakeholders,' said Prof Hidetoshi Nishimura, President of the Economic Research Institute for ASEAN and East Asia (ERIA).

ERIA organised the High Level Forum on [email protected] in Manila to showcase the contribution of key leaders and officials to the success of ASEAN as a regional bloc.

At the same time, he encouraged the hundreds of diplomats and members of civil society in the audience to actively engage the panel of former leaders, government officials, and diplomats during the morning and afternoon sessions.

'(This is) because transitioning from leader-led to one that is more people-driven means that we get involved much more deeply than before,' Prof Nishimura said.

Interactions such as this would form among the first concrete manifestations of ASEAN's new trajectory as encapsulated in this year's theme Partnering for Change and Engaging the World.

It also sums up in essence the key direction and the implementation challenges that ASEAN needs to overcome as it makes its way to the next decade and beyond.

The High Level Forum on [email protected] is part of the commemorative activities organised by ERIA and its local partners, the Philippine Department of Foreign Affairs (DFA) and the Foreign Service Institute (FSI) of the Philippine Government with the support of Japan-ASEAN Integration Fund (JAIF) and ASEAN Foundation (AF).

Throughout the series of symposia, ERIA gradually launched a five-volume commemorative publicationmeant to serve as a reference for future leaders and students who seek a better and deeper understanding of ASEAN and its successes.

The book series describes the story of ASEAN, building up from managing intraregional disputes to facilitating the management of pan regional dispute; from economic cooperation to economic integration; and from nation building to community building.

This publication had been the brainchild of ERIA and sponsored into reality with the help of H.E. Amb Elizabeth Buensuceso, the Philippine Permanent Representative to ASEAN.