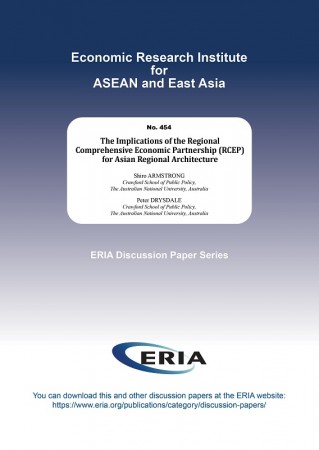 East Asia’s Regional Comprehensive Economic Partnership (RCEP) came into force in 2022 as the world’s largest free trade agreement. RCEP was concluded, signed and brought into force in the face of major international uncertainty and is a significant boost to the global trading system. RCEP brings Australia, China, Japan, South Korea and New Zealand into the same agreement with the ten member ASEAN group at its centre. It keeps markets open and updates trade and investment rules in East Asia, a major centre of global economic activity, at a time of rising protectionism when the WTO itself is under threat. The agreement builds on ASEAN’s free trade agreements and strengthens ASEAN centrality. One of the pillars of RCEP is an economic cooperation agenda which has its antecedents in ASEAN’s approach to bringing along its least developed members and builds on the experience of capacity building in APEC and technical cooperation under the ASEAN Australia-New Zealand Free Trade Agreement. There is an opportunity to create a framework that facilitates deeper economic cooperation that involves experience-sharing, extending RCEP’s rules and membership at the same time as strengthening political cooperation. The paper suggests some areas that might be best suited to cooperation — that is confidence and trust building instead of or before negotiation — and discusses how non-members such as India may be engaged and the membership expanded. Options such as multilateralising provisions and becoming a platform for policy convergence and coordinating unilateral reforms are canvassed.