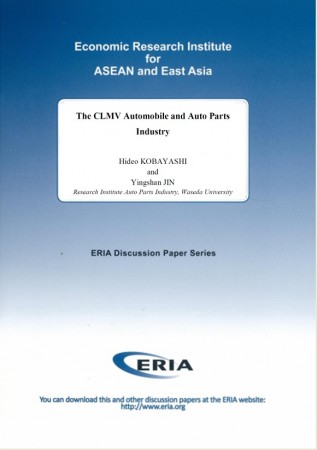 To begin, consider the general economic characteristics of Cambodia, Lao PDR, Myanmar and Viet Nam, collectively known as the CLMV countries. These countries joined ASEAN relatively late and are economically less developed than the original members. According to the World Bank (2012), Viet Nam's GDP stood at US$155.8 billion in 2012, Myanmar's is estimated to be around US$50 billion, Cambodia at US$ 14.04 billion, and Lao PDR at US$9.41 billion. Therefore, these countries can be labelled as developing countries. This is also reflected in their gross domestic product (GDP) per capita. While Viet Nam and Lao PDR have roughly around US$1,500, that of Cambodia and Myanmar are below US$1,000 and therefore among the least developed countries.

More than 20 years after the end of the civil war, Cambodia still has not made a lot of progress in the economic sphere. Under the military junta, Myanmar's economy also stagnated but with the gradual democratization process, the country is receiving foreign direct investment (FDI) and appears to slowly move towards improving its economic status. However, while all these countries are on the path towards market economy and are strengthening their trade relations with Western countries, the common characteristic is that these countries' economic relations are strongly linked to the United States, China, South Korea, and Thailand. Indeed, while the presence of the US, neighbouring countries China and Thailand, as well as Korea especially in Myanmar, Lao PDR, and Cambodia is striking, economic relations with Japan are marginal.