Searching for an Ideal International Investment Protection Regime for ASEAN + Dialogue Partners (RCEP): Where Do We Begin? 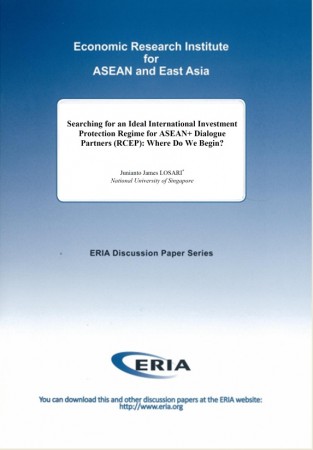 The members of the Association of the Southeast Asian Nation (ASEAN) and its six dialogue partners--Australia, China, India, Japan, South Korea, and New Zealand--decided in November 2012 to launch the negotiation of a free trade agreement (FTA) among them, also known as the regional comprehensive economic partnership (RCEP). The scope of the agreement includes investment despite the fact that the negotiating states already have various international investment agreements (IIAs) with each other. This article analyzes how RCEP can better improve and add more value to the current regime of international investment protection within the region by suggesting standards that should be considered by negotiators.