Border Area Development in the GMS:Turning the Periphery into the Center of Growth 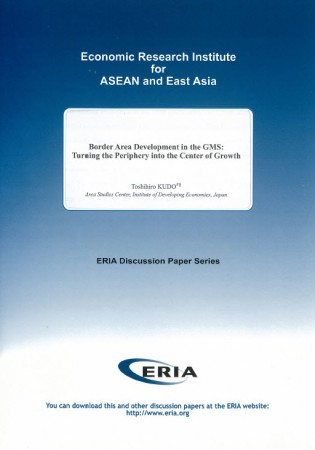 Border area development is neither an original nor a brand new idea of the author. It has long been discussed in a variety of words including border industries, growth triangles, growth areas and economic corridors. The Greater Mekong Subregion (GMS) Economic Cooperation revitalized the border area development as a new development strategy for less developed countries such as Cambodia, Lao PDR and Myanmar. This paper examines the location advantages of border areas, in particular of those between less developed regions and more developed ones. They include complementary factor endowment, cross-border infrastructure services and the degree of economic integration and border barriers. An industry located in border areas has a growth potential, as it can exploit the location advantages of the abundant and cheap labor force in less developed regions, while avoiding high service link costs and unstable utility services that accrue from underdeveloped infrastructure in less developed regions, by utilizing cross-border infrastructure services provided from more developed regions. Special economic zones (SEZs) located in the border areas can effectively exploit such location advantages and contribute to the formation of industrial clusters in border areas.