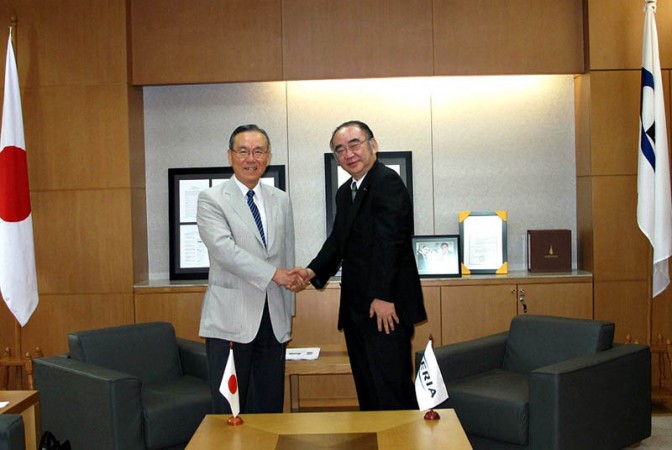 After Mr. Nishimura explained the history of ERIA until its establishment and the outline of recent ERIA's activities, they mainly discussed the potential power of East Asia. East Asia have achieved remarkable economic growth in spite of the Financial Crisis in Asia (1997).

After the Lehman Shock (2008) which is the largest bankruptcy filing in U.S. history, East Asia have also been one of the world's leading growth centers. It was reaffirmed that both sides should play an empowering and coordinating role to support this dynamism.