Vaccine Aid: US Catches up with China 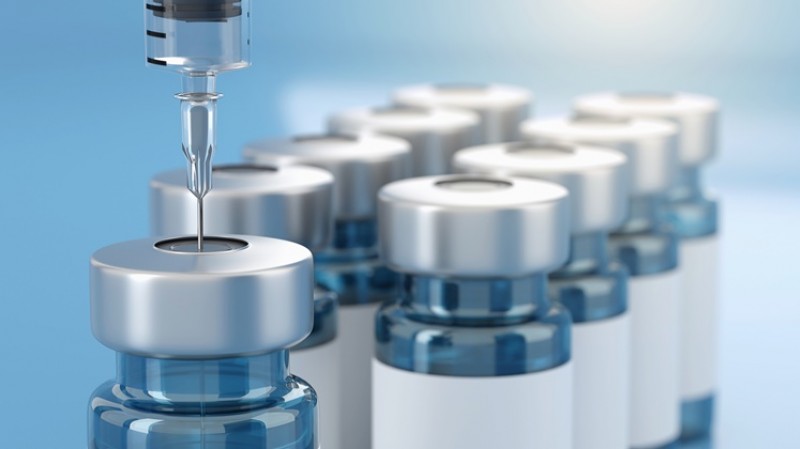 By Mr Kavi Chongkittavorn, Senior Communications Advisor:  Strange as it may seem, vaccine diplomacy could cure US-China relations and improve their herd immunity against global hegemony. After all, these two superpowers' ultimate objective in giving away vaccines is to save lives, regardless of nationality, ideology and religion, making sure the citizens of the world beyond their frontiers are safe and sound. Then, in a year or two, inoculated people around the world could reflect on the good deeds Washington and Beijing did for them and their countries. Vaccine diplomacy can increase mutual respect, benefits and trust among nations.

US President Joe Biden's much anticipated decision last week to donate 25 million excess vaccine doses to Covax, an international vaccine-sharing scheme administrated by the World Health Organization (WHO), is highly commendable. Whenever the US gives non-military aid to the world, especially to countries outside its immediate strategic interests, without any conditions, there are repeated accolades.

The give-away plan came at the right time when vaccine demand has increased exponentially due to the spread of mutant strains in the four corners of the world. In addition, there are widening gaps between the rich and poor countries in inoculation coupled with India, the pharmacy of the world, not being able to produce sufficient vaccines for Covax due to virus upticks and domestic needs.

For the past 18 months, the US has acted as if that when all Americans have been jabbed, then they are safe and can travel and interconnect with the rest of the world. Then, the US will continue to lead the world. That is not the case as the world changed in the most unpredictable ways during the Trump years. It took Mr Biden's courage over the past 149 days to admit that no American is safe if others are not safe regardless of where they live.

Despite Washington's latest vaccine's generosity, it still has not declared that vaccines should be a global public good. The US can do more and better in lifting restrictions on vaccine patents as it would save infected people in poor countries. Additional political will is needed.

As far as Asean member states are concerned, the US is a latecomer in conducting vaccine diplomacy. When Covid-19 struck the world at the end of 2019, the Trump administration was nowhere to be seen, its ties with the countries in the region were at their lowest ebb. Former President Donald Trump did not realise that the "American First" policy would seriously damage the US profile and prove a liability in this neighbourhood.

While the Trump administration continued to attack China and its shortcomings, the leaders of Asean and China got together and held virtual talks at both ministerial and leader levels about the coronavirus. Less than six weeks after the outbreak, they came up with a full range of action plans. At the moment, both sides are benefitting from their earlier engagement. The Asean-China foreign ministers are having a three-day face-to-face meeting in Chongqing from 6-8 June to commemorate the 30th anniversary of diplomatic relations.

Unfortunately, the scheduled virtual special Asean-US ministerial conference on May 25 was cancelled due to technical glitches. US Secretary of State Antony Blinken failed to connect online with the Asean foreign ministers, who were waiting anxiously for 45 minutes, because he was on a peace mission to the Middle East. To remedy the situation, he immediately wrote to all Asean ministers and expressed sincere regrets but the damage had been done. It was a bad start for the Biden administration.

Such a mishap is not the first to have disrupted Asean-US ties. In the annals of their 44-year relations, American leaders have missed Asean-related meetings more than any other dialogue partners. It almost seems that Asean-US ties have been cursed because of the many mishaps forcing their leaders to change plans in the wee hours. Every year, Asean leaders wonder whether the US president will attend or skip their summit.

Now, with American-made vaccines competing with the Chinese-made ones, fierce vaccine diplomacy could cause a bifurcation between countries in the region -- those preferring the American-made vaccines versus those opting for the Chinese ones. Deep down, the Asean governments want to make sure all their citizens receive inoculations in the shortest period of time possible. Therefore, they have to decide which vaccines they are going to acquire.

Given its excellent ties with the US and China, Thailand under the Prayut government welcomes all vaccines. During last week's visit of Deputy State Secretary Wendy Sherman, the White House announced that Thailand will be one of six Asean members along with 10 other Asian countries and territories to receive approximately 7 million vaccine doses. Further negotiations with the US are still needed to determine how many doses Thailand will get. Bangkok values the symbolic gesture from Washington as it is not a member of Covax.

Notably, Washington is paying more attention in efforts to further increase the capacity of Thai public health. Altogether, Thailand will receive US$30 million (936 million baht) worth of Covid-related assistance, including US$17.5 million in space ventilation development as well as other medical equipment. The US Centers for Disease Control (CDC) also provided an additional US$13 million in assistance for the Ministry of Public Health. It was a good gesture to mend fences with Thailand as the Trump administration decided last year to establish the CDC regional centre in Vietnam. The CDC has the largest team of scientists and researchers working on public health in Thailand.

Due to the recent surge in virus infections, which reached 174,796 with 1,213 deaths as of May 7, Thailand has been asking for alternative vaccines beyond the AstraZeneca brand. China has responded promptly and immediately shipped 1 million doses of Sinovac in the past weeks. An additional 1 million doses will also come from Sinopharm, a pharmaceutical company owned by the Chinese state.

The kingdom of Thailand would serve as an ideal platform for United States-China collaborative efforts to combat the pandemic, if they so desire. American-trained public health officials and health care workers are administrating the Chinese vaccines throughout the country. Subsequent reports about the efficacy and side effects of those shots should be closely scrutinised by the authorities concerned without prejudice.

Both Washington and Beijing have denied they are pursuing vaccine diplomacy. Deep down, they all want the recipients of their vaccines to be healthy and embrace their brands as the epidemic is not going away anytime soon. With such good intentions underscored, the regional politicisation of vaccine, at least for the time being, has not yet led to a bifurcation between the US and China.