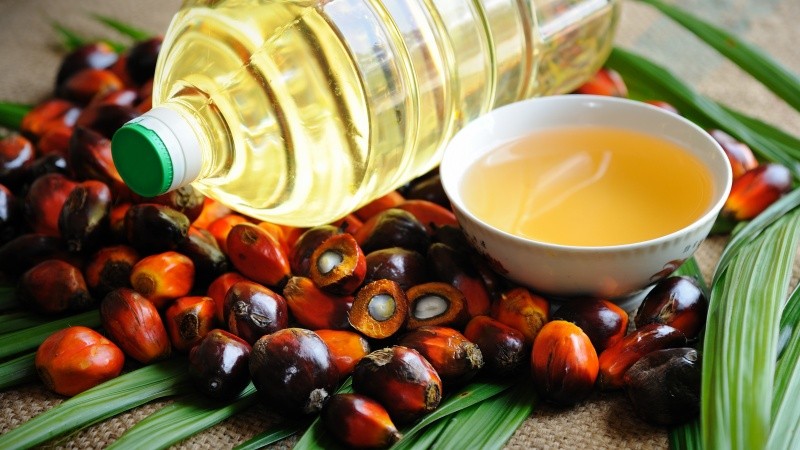 By Dr Venkatachalam Anbumozhi, Director of Research Strategy and Innovation:  Since its inception for commercial purposes in early 1900s, palm oil has been promoted as a major agro-based industry in Southeast Asian economies like Indonesia, Malaysia, and Thailand. As the world market for multiple uses of palm oil expanded, a new era of plantation growth started in Indonesia and Malaysia from the 1990s. Currently, Indonesia and Malaysia are the biggest Crude Palm Oil (CPO) producers with about 75% of their combined annual production, estimated to be 60 million tons, going to international markets. Palm oil production in Indonesia, the world’s top producer of the commodity, is expected to rise 4.5% to 53.9 million tons in 2021.

Palm oil has a variety of uses in food, animal feed, oleochemicals, and other cosmetic products. One significant use in Southeast Asia and other palm oil-importing countries is biodiesel, which can replace imported diesel fuels in the transport sector.  Indonesian, Malaysian, and Thailand palm oil producers have been experiencing growing market demand domestically. Indonesia’s 30% percent oil mixed biodiesel or B30 Program is expected to drive further demand for palm oil in coming years.

The European Union (EU) has historically imported large quantities of palm oil for use in biodiesel production. The consumption of palm oil as biofuel in many countries, especially in the EU, has largely been driven by national renewable energy targets, reduction of imported diesel oil, and directives, such as blending mandates. Palm oil contributes around 20% to the production of biodiesel in the EU and about 90% of palm oil consumption is imported from Indonesia and Malaysia. This year, China and India are expected to lead the global palm oil demand, which has been affected by recent Covid-19 economic shocks.

The positive impacts of the palm oil industry in Indonesia, Malaysia, and Thailand include a foreign exchange income of about USD 40 billion per year and employment of around 10 million workers, contributing to meeting the Sustainable Development Goals by 2030.

The reported negative impacts of aggressive palm oil plantation expansion comprise deforestation, biodiversity loss, reduced capacity of carbon sinks, forest fire incidents, and community conflict. As the plethora of palm oil expands and becomes an alternate source of energy in international markets, there is a necessity to map factors that either hinder or boost sustainable palm oil production and trade.

There are several unknowns regarding the sustainability debates surrounding palm oil production and trade. For example, what are the key tradeoffs and their net impact on increased use of biofuel and food security as well as other socio-economic impacts that are core values of the Sustainable Development Goals.  It is also uncertain how energy security and low-carbon benefits could be maximized through sustainable palm oil production. They need complementary action by the public, private, as well as international actors in a coordinated way.

Despite widespread enthusiasm, most policymakers, private sector leaders, and academia struggle to understand the best investment strategies to improve the current sustainability approaches to deliver long-term socio-economic-environmental value for people and the planet. Below is a three-point pathway that can enhance sustainability performance of palm oil production and trade.

First, Innovation through harmonised sustainability certification programs. In response to internal motivation to conserve natural capital and market demand for fair trade, voluntary sustainability standards such as the Roundtable on Sustainable Palm Oil (RSPO) and country-specific mandatory standards such as Indonesia Sustainable Palm Oil (ISPO) and Malaysian Sustainable Palm Oil (MSPO) are being implemented. Several measures to safeguard environment sustainability comprising of: zero-open-burning for new palm oil development, reducing rainforest clearance for new plantations, restricting pesticide usage, and fighting against human rights violations are incorporated in these voluntary certification programs. However, the scope, aspirations, and implementation procedures of these programs varies across national jurisdictions and consequently sends mixed signals to international market players. Furthermore,  these certification programs are often treated as voluntary systems and not equivalent to that of national regulatory standards and international laws. In the long run,  harmonization of multiple certification programs and upgrading them to a regulatory status will foster productivity-related innovations at the plantation level, improve transparency along the value chain, and build international consumer trust.

Second, efficiency through adoptions of digital technologies. By digitalizing palm oil value chains and collecting large amounts of data and then translating these data into efficient production practices, the sustainable plantation industry can support climate-resilient, low-carbon growth. As such, applying information and communication technologies through relevant devices, networks, services, and applications can also boost farm productivity through improved production and resource allocative efficiency. Evidence-based site-specific decision-making on environmental pressures and continuous monitoring of carbon emission reduction targets along the supply chain, with the aid of digital dashboards, means a genuine revolution in the sustainable management of palm oil plantations. The economic divide resulting from the systemic difference between large and small plantations can also be narrowed by increasing digitally-enabled production methods as well as improved access to consumers,  labor markets, and financial services. Advances in digital technologies were found to enhance transparency and effective social inclusion within migrant labours  as observed in Malaysia during the Pandemic.

Third, Inclusion through green financing. Commercial banks and institutional investors are reluctant to finance the green technologies that are capable of preventing pollution and reducing carbon emissions from palm oil plantations. But those niche technologies have high upfront costs. As a result, risks that small scale plantations that have not yet adopted sustainable practices are increasing, because these actions often reduce their sales turnover, increase their production costs, and contain their business growth.  For banks financing the new palm oil plantations, the risk to their customers means decline in the value of collateral, making loans in general under-priced. Governments could reduce the lending risks of commercial banks by formulating new risk guarantee mechanisms while mainstreaming them by establishing risk-bearing entities like the Green Investment Bank. Capacity building of the banking sector is also needed to have a clear understanding on common but differentiated potentials of integrating sustainability standards,  green technology adoption, and financial innovations.

Everyone agrees that the Palm oil industry should be sustainable. The challenge is not to gain and support agreement on sustainability, but to act on goals and outcomes that call for economically productive, environmentally sustainable, and socially coherent palm oil plantations. To serve this purpose, indicators that measure the performance of new pathways regarding certification, digitalization, and financial inclusion are to be established and promoted more efficiently.

This opinion piece was written by ERIA's Director of Research Strategy and Innovation, Dr Venkatachalam Anbumozhi, and has been published in The Jakarta Post, The ASEAN Post,  The Manila Times, Click here to subscribe to the monthly newsletter.