The time is Right for Thailand to Join the CPTPP 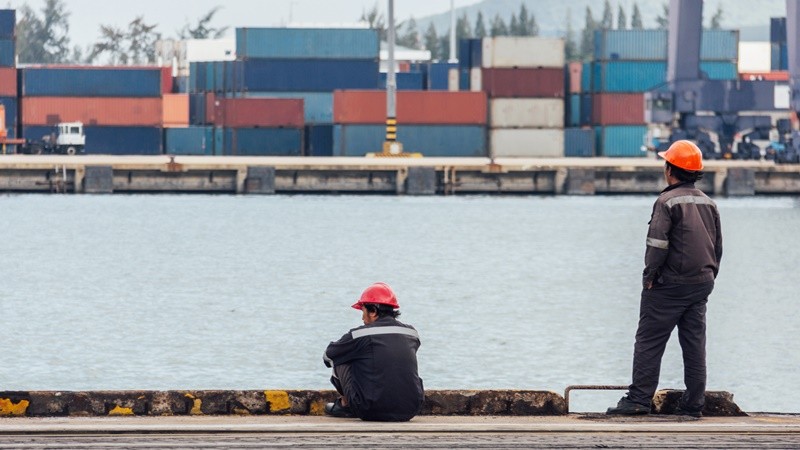 By Mr Kavi Chongkittavorn, Senior Communications Advisor:  No more dillydallying. Thailand should join the Comprehensive and Progressive Agreement for Trans-Pacific Partnership (CPTPP). Otherwise, the "unpreparedness syndrome" will continue to reign in the "hearts and minds" of concerned policy and opinion-makers, further downgrading the country's potential and ability to join free trade arrangements (FTAs) in the future. The economic slowdown wrought by Covid-19 further demands the promotion of trade and investment as well as the country's competitiveness.

Deputy Prime Minister and Foreign Minister Don Pramudwinai, chairman of the International Economic Policy Committee, said that the committee will need another three months to further study the outcomes prepared by the House of Representatives, which recently submitted a final report, before a decision is made. The next round of the CPTPP commission's meeting is scheduled for August.

This means that by May, the Thai government has to take the much-delayed decision on whether to become a member of the premium free-trade pact. Thailand could have proceeded with the decision last year if not for strong opposition from politicians, farmer unions and civil society organisations coupled with the ongoing Covid-19 pandemic and street protests. At the time, the government did not want to add fuel to the fire by making a controversial decision.

After all, Thailand advocates free and fair trade -- the main driving force in pushing for the conclusion of the world's largest free trade pact, the Regional Comprehensive Economic Partnership (RCEP). But it was not successful due to India's last-minute withdrawal from the pact. The remaining RCEP members decided to sign up in Vietnam last November. This week, Thailand is poised to be the first signatory to have the agreement ratified by the House of Representatives.

This will augur well with the country's economic development strategy in the coming years. Currently, at least five countries are negotiating FTAs with Thailand including the EU. Next year as the country is going to serve as the next chair of the Asia Pacific Economic Cooperation after New Zealand and the Bay of Bengal Initiative for Multi-Sectorial Technical and Economic Cooperation (BIMSTEC). Thailand hopes to use these multilateral meetings to showcase its new economic platforms.

For years, the Commerce Ministry has stressed that in order to compete regionally and internationally, Thailand must join the CPTPP to attract foreign direct investment and increase trade volume. Regional economies such as Malaysia, Vietnam and Singapore are the CPTPP members while Indonesia and the Philippines might join soon. Recently, the UK said it would join the pact. Even China has also expressed the same interest. With the economic backlash caused by the pandemic, Thailand should proceed with the CPTPP process as it prefers an early start to negotiate the terms and other conditions before more members come in. Last August, Thailand missed the dateline to file an application.

The cabinet last May agreed to have the House of Representatives conducted further studies on the costs and benefits of joining the CPTPP. Three subcommittees were set up to study sectors related to agriculture and seeds; the economy, trade and investment; and public health. Their reports were finalised at the end of last year after months of delay.

As expected, the three subcommittees did not say whether Thailand should join the CPTPP. They wanted the government to make that decision. Their studies focused on the positive and negative impacts of the CPTPP on the country's economic performance and progress in pivotal sectors. Each subcommittee has identified the country's strengths and weaknesses.

For the subcommittee scrutinising issues related to agriculture and seeds, the main concern is all about the protection of plant species including rice. Thai authorities, the private sector and farmers want to make sure that we can protect our plant species. The most discussed topic is the intellectual property provisions under the Protection of New Varieties of Plants Convention, better known as UPOV1992. They forbid farmers from saving and reusing seeds which contain patented plant materials. In Thailand, the Plants Protection Act BE 2542 allows the patenting of plant species within the kingdom. If Thailand decides to join CPTPP, wide-ranging amendments will be necessary such as the duration of patent protection and the right of Thai farmers to collect their seeds for cultivation. Currently, they can store seeds but only for non-commercial purposes.

Concerns have also been raised over the UPOV clause, pharmaceutical patents and ISDS, given that the Commerce Ministry's studies did not comprehensively examine the service and investment liberalisation and the impact on e-commerce, state procurement and social and security aspects.

The subcommittee on the economy, trade and investment has several reservations as its members examined the impacts in more comprehensive and encompassing ways. It considered the pros and cons of the CPTPP on Thailand's FTAs and concluded that it would not benefit the country much as the country already has FTAs with all the members of CPTPP except Canada and Mexico. Under the CPTPP, Thailand has to open its market for sensitive products, which is reserved under other FTAs, to all.

One of the biggest shortcomings identified by the subcommittee is the current tax system. The Customs Office needs to review criteria and incentives as a precondition and it must be done ahead of time, thus permitting the Thai private sector to benefit from such new arrangements if the country is to join the CPTPP.

For the subcommittee on the public health sector, the biggest concern relates to access to affordable medicines. Studies conducted by local research institutes warned that as a member of CPTPP, Thai consumers would have to pay more for medicines, further increasing dependency on imported drugs and jeopardizing state-owned drug manufacturers. For instance, the Government Pharmaceutical Organisation has been providing affordable medicines through the production of many generic drugs since compulsory licensing was initiated in 2007. It enables the country to use cheaper, generic drugs instead of imported brands.

Given the ongoing pandemic, as a CPTPP member, Thailand fears that its efforts to transform into a medical hub might be affected. This is one of the major issues that Mr Don's committee needs to do more comprehensive study as the public health sector has now become one of the country's greatest national asset.

After all, the free-trade negotiations are not a zero-sum game, they are give-and-take negotiations, depending on certain sectors the country would like to promote or trade-off. They can provide new jobs, knowledge and innovations. Indeed, Thailand can draw lessons from the experiences of Vietnam and Malaysia as their economies shared similar concerns prior to joining the CPTPP. Their leaders were courageous and took risks to integrate with the global economy and improve the people's standard of living. It paid off.

Obviously, a lot more can be done by the government to prepare for the CPTTP membership and similar deals. Most importantly, Thai stakeholders must be informed and consulted in a transparency manner. Furthermore, the government must provide guarantees to sectors that would need assistance or lose out in the global competition. Sufficient remedial funds must be allocated to the sectors, in particular, the agricultural that could be adversely impacted. Careful planning and broad cost-and-benefit coverage for all sectors, as well as modernising archaic legislations can bridge further divides among various stakeholders and widen the country's free trade networks and economic power.